In my 20+ years experience in the software development field, I've met only a few (lucky) system architects who had the luxury to design new software solutions from scratch. More often, a system architect faces a challenge of integrating existing software components developed in legacy programming languages with new components written in modern languages such as Java. For complex applications, the transition from legacy code base to Java may take months if not years. In addition, rewriting existing software components may be impractical or impossible. In this case, a business process implementation can be split between legacy code and Java. For example, you may wish to retain a robust order processing module and augment it with a Java module that allows the customers to place orders over the Internet. Both modules work on the same transactional resources (customer, order, and stock data) and ideally should be able to share the same transaction context. In this article, I present a multithreaded framework that allows for concurrent execution of Java and legacy components that access and manipulate shared database resources.

In the NTS, the locks and commit blocks are scoped to a transaction object. The associated space of a Transaction Object contains the commitment definition for the transaction.

These concepts are illustrated in Figure 1. 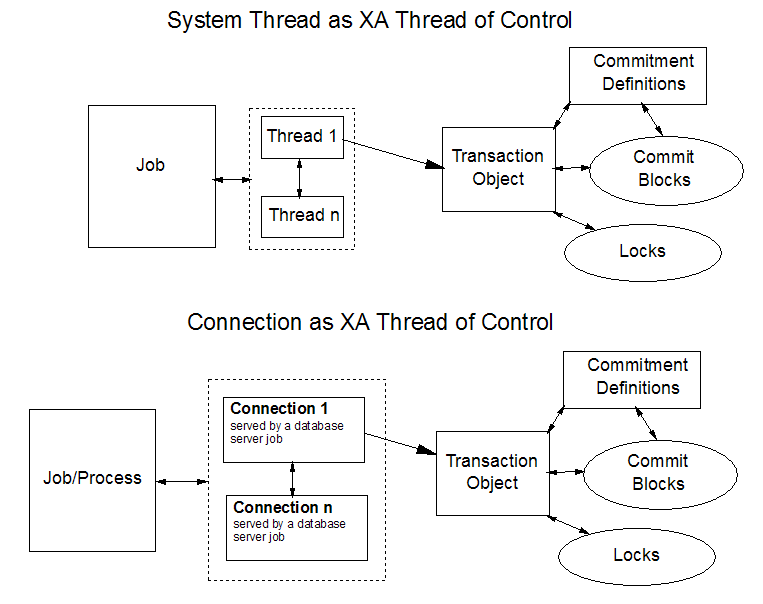 Figure 1: The transaction is decoupled from an XA thread of control. (Click images to enlarge.)

The simple multiplexing scenario described above does not provide the required concurrency levels. The threads need to wait for their turn to attach to the transaction or spawn another transaction, which often results in lock conflicts and deadlocks. These issues are addressed by loosely coupled transactions that share locks.

I will illustrate how to take advantage of the loosely coupled transactions that share locks using a sample application. The application consists of several major components:

The application also contains a number of Java helper classes that are necessary to perform such mundane tasks as configuring a DB2 for i5/OS data source, creating new XID object, printing out the list of global transactions, and so forth. You'll find a short description of those classes in the readme.1st file that is contained in the downloadable material that accompanies this article.

For illustration purposes, the global transaction identifier (GTRID) and branch qualifier (BQUAL) are passed to the software components as input parameters. In the test scenario, the JTAMonitor starts three transaction branches with the same GTRID but different BQUALs. Next, a row is inserted through Java. The C program is executed twice, each time within a different transaction branch. So the row is updated two times. If all components execute successfully, JTAMonitor commits the transaction. Otherwise, a rollback is requested.

Let's examine the source code to see how these tasks get accomplished. Here's a code excerpt from TestXATransactions.java (most of the error-handling was removed for clarity):

Figure 2: This is the source code of TestXATransactions.java.

In Figure 2, at [1] a CoffeeBean is instantiated. This bean contains the information about a new coffee brand to be inserted into the COFFEES table. At [2], another CoffeeBean is instantiated. This time, I use a constructor that accepts just two parameters: cof_id, and sales. This bean is later used to update an existing row in the table. The cof_id is used to locate the row in the table and sales to update the SALES column. The AS400JDBCXADataSource object is created at [3]. This object is contained in the IBM Toolbox for Java, and it implements the XADataSource interface. The data source is configured at [4]. The XADataSourceConfigurator helper class sets the data source's properties—such as system name, user ID, and user password—necessary to connect to System i. In addition, it sets the XALooselyCoupledSupport property to 1 to enable the loosely coupled transactions that share locks. This is shown in the following code snippet:

The data source is used by other software components to produce XAConnection and XAResource objects. At [5], the JTAMonitor is created. As mentioned, this class is responsible for the distributed transaction management. I discuss the JTAMonitor implementation in the section below.

The main purpose of the sample application is to illustrate how to perform concurrent transactional work on the same set of resources. This requires that multiple threads are created and executed in parallel. To implement this behavior, I use a new concurrency framework that has been introduced in Java 1.5, which is based on ExecutorService, Callable, and Future interfaces. An ExecutorService object executes submitted Callable tasks. It contains a pool of worker threads that run the tasks concurrently and asynchronously. A Callable task implements the Callable interface, which is similar to Runnable in that both are designed for classes whose instances can be executed by another thread. A Callable, however, returns a result and may throw an exception. The result and the possible exception returned from a Callable are encapsulated in a Future object that is produced by the ExecutorService upon return from a worker thread. So, at [6] an ExecutorService object is instantiated, and its worker thread pool size is set to 3. At [7] the reference to the previously configured data source object is passed to the JTAMonitor. The beginTransaction method is called on the JTAMonitor at [8] to start the first branch of the global transaction. Then, two other branches are also started. Note that all three transaction branches have the same transaction identifier (GTRID) but different branch qualifiers (BQUALs). At [9] an JInsertCoffees object is created. Since this class implements Callable, it can be submitted to ExecutorService for execution at [10]. The result is returned at [11] by calling the get method on the Future object. If an exception is thrown in JInsertCoffees, it gets encapsulated in an ExecutionException and returned to caller. The original exception can be extracted by calling getCause method on the ExecutionException object as shown at [12]. The original exception that can be thrown in JInsertCoffees is actually a custom exception called TrnsMonitorException. It is a wrapper that allows me to return XA, SQL, and application-specific exceptions. It is re-thrown at [13] to force a rollback. At [14] and [15] I use the same pattern as at [10]. This time, however, two update requests are submitted concurrently. Note that both updates attempt to modify the same row (cof_id = 10). The loosely coupled support guarantees that there are no locking conflicts. In the very unlikely case where two threads attempted the update at the very same instance of time, the access conflict would be resolved by DB2 through the internal seizes. The rest of the TestXATransactions flow is pretty straightforward. If the control reaches [16], the insert and two updates must have succeeded, so all three branches are prepared. Then at [17] a commit is attempted. The commit needs to be in the try-catch block, because two branches are completed at the prepare time. In the DB2 for i5/OS implementation, all three transaction branches share the same transaction object. Two branches are marked as read-only, and only one branch is marked as read-write. According to the XA DTP spec, the read-only branches get completed at the prepare time (since, by definition, there is nothing to commit). So, all transactional work is indirectly (through the associated transaction object) scoped to the read-write transaction branch. Only this transaction branch can be committed. In a typical scenario, where there is a pool of loosely coupled transactions, the last transaction that was prepared can also be committed. At this point, the transactional work represented by the transaction object is committed, the locks released, and the object purged from the system. If errors occur during the TestXATransactions execution the program attempts to gracefully complete the outstanding branches, as shown at [18]. Should the rollback fail, the list of existing transactions is printed to the console at [19] so that the administrator can take an appropriate action.

Now that the flow of the sample application was outlined, let's focus on the most critical coding techniques used in various components:

JTAMonitor implements methods to start, prepare, commit, and roll back transaction branches. All these methods follow a very similar logic. For example, here's an excerpt from beginTransaction method:

Figure 4: This pseudo code illustrates the core functionality of JInsertCoffees.

In Figure 4, at [1] the Xid implementation object is created. At [2] the XADataSource produces an XAConnection. The necessary XAResource object is instantiated at [3]. This is a pattern that you'll see throughout the sample application. It allows me to make the classes that manipulate the data resource manager independent. At [4] the XAResource is used to associate the transactional work performed by JInsertCoffees with a transaction context represented by a given Xid. Remember that at this point the transaction branch status is changed from Idle to Active. At [5] a logical database connection is obtained from XAConnection; an SQL INSERT statement is prepared at [6] and executed at [7]. Finally, at [8] the thread is disassociated from the branch so that other threads can gain control over it.

A similar logic is employed in the legacy CUPDCOF program. In this case, however, I use the XA APIs implemented in C rather than JTA APIs in Java. Let's quickly examine the relevant excerpt from the C source: