With this interface to Query/400, users don't need to know how to build queries or write SQL statements. And the accounting department doesn't need to write a check.

Do you work in a shop where people still use IBM Query/400 (sometimes referred to as STRQRY or WRKQRY)? You aren't alone.

Yes, even in 2016, IBM Query/400 remains the first tool thousands of IBM i users turn to when they need a simple report or a custom extract from their DB2 on i database. Frequently, the ultimate goal of these users is to get their output into Microsoft Excel. They run one or more queries and then use a file transfer program to convert their output file into .csv or .xlsx format. In some cases, they take another step and distribute these files to users who are (im)patiently waiting for the data. This repetitive, manual, and multi-step process is precisely what Qport Office from software developer New Generation Software, Inc. (NGS) is designed to automate.

Simply put, Qport Office enables Windows users to select and run Query/400 queries from their desktop rather than from Query/400's 5250 text interface. It extends Query/400's output options to include Microsoft Excel, Word, and Access. The effect is similar to what you'd see if you attached a cool sprinkler head to the end of your oldest garden hose.

Using Qport Office's single-panel, graphical interface, you select the query you want to run and where you want the output delivered. 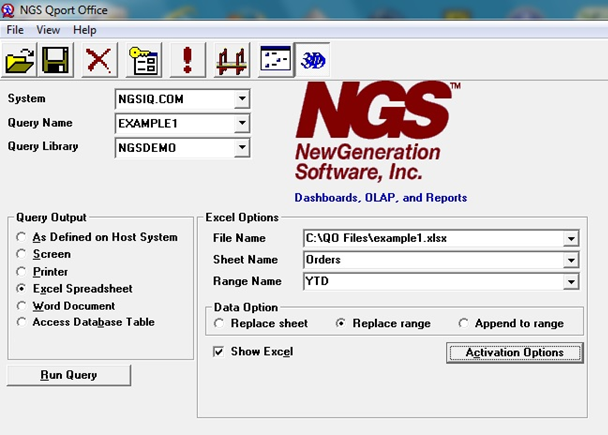 Figure 1: With Qport Office, queries are so easy!

In addition to Excel, Word, and Access, you may select the Windows display or your default PC printer. NGS does not charge a license fee for a two-concurrent-user license of Qport Office and 90 days of telephone and email technical support.

With Qport Office, any Query/400 query, regardless of its design or age, can be run without modification and without the need for middleware such as ODBC or JDBC. If you have an IBM i user profile that authorizes you to run the query, you can run it when you need to, directly from your Windows desktop. If you're the person who usually gets asked to run queries, convert output files into ASCII formats, and make them available to your co-workers, Qport Office can get you out of that loop. If you're the person who normally has to wait for someone else to provide you with that data, Qport Office empowers you to serve yourself without waiting.

Qport Office is a run-only interface to Query/400, so users don't need to know how to build queries or write SQL statements to select the desired data. For queries that get run on a recurring basis, you may save the Qport Office output settings as an executable file you initiate from a hyperlink or desktop shortcut. You may continue to use Query/400 for new query development.

When sending output to Excel, you may create or replace a workbook and sheet (tab), and create, replace, or append to a range within a sheet. If you use query output to update charts, pivot tables, and other presentations, you can instruct Qport Office to display those parts of your workbook first after it loads the underlying data into your specified range or sheet. When sending data to Microsoft Access, you may create or append to a table. Qport Office also offers an "output as defined on host" option for cases where you want to run the query from Windows but still have it generate a DB2 or IBM i spooled file.

Through the years, many users have creatively overcome Query/400's limitations. One common tactic is to run multiple queries in succession that create and/or append data to temporary DB2 files, which the last query in the series uses to produce the desired report. Qport Office simplifies the task by letting you sequence and link queries together so that you can launch the entire process in one step. For example, you might have a series of queries that prepare and organize your data in a way that your final query can output to Excel. No programming and scripting is required.

Query/400 hasn't been enhanced in over 25 years, and it's very basic by today's standards. But it's familiar and available, and most IBM i customers have hundreds of Query/400 queries that are ready to run. That powerful combination of attributes has enabled Query/400 to endure in many IBM i shops around the world. That said, even the most comfortable Query/400 user can appreciate the timesaving benefits of NGS's Qport Office. The price is right, too.

NGS includes 90 days of toll-free and online technical support with orders of Qport Office. The software may be installed on an unlimited number of Windows devices. The two-concurrent user license that NGS provides without a license fee allows two Qport Office users at a time to run Query/400 queries. You may order the software online at www.ngsi.com/company/qportoffice_license.html.

Bill Langston is the Director of Marketing for New Generation Software, Inc. (NGS), a developer of query, reporting, and business intelligence software for the IBM i. He has worked closely with IBM i customers, business partners, and software developers supporting IBM midrange and Power Systems business application software for over 30 years. He can be reached at langston@ngsi.com.