With the widespread acceptance of Portable Document Format (PDF), IBM i can produce full-color graphical documents for emailing, archiving, or printing. Today, PDFs are smaller than ever and can be created extremely fast. With modern software, even a report that is thousands of pages long takes only minutes to convert into a PDF that is small enough to email or archive.

The Rise of PDF

Developed in 1991 by Adobe, the PDF format already had the potential to become the standard format for document distribution across platforms because of its ease of use and small file sizes...if only people would use it! In 1994, Adobe made their Acrobat PDF viewer available at no charge. Around this same time, they published the PDF specifications, helping it win out over its competition. People were now able to create their own PDFs free of charge that could be viewed and printed using Adobe Acrobat. The PDF format soon became dominant in the marketplace, and Adobe unequivocally won the format war. They were then able to focus their attention on the sale of their professional PDF creation tools and other extras.

More recently, in 2008, PDF was officially released as an open standard, allowing royalty-free rights for all patents necessary for the creation, use, and distribution of PDFs. Although Adobe never wrote any of their software for IBM i, third-party vendors have developed various applications to handle PDFs on the IBM platforms over the last decade. Today, PDFs are portable across every platform, including smart phones and tablets.

PDF is a subset of Postscript, developed by Adobe for printers, so it should be no surprise that PDF has become a standard language for direct printing on many modern printers as well. This allows companies to print PDFs directly from their IBM machine to their network printers without going through a PC or the Adobe Acrobat program, saving both time and processing power, while also creating more accurate printouts.

On IBM i, good PDF creation tools start with standard spooled files and are able to add color and graphics to create professional documents. PDFs can even be password-protected for privacy. Companies are now able to go paperless by archiving, indexing, and emailing all of their documents and reports as PDFs rather than printing and storing everything in filing cabinets.

Graphical documents have been produced on IBM i since before PDF was developed using methods such as Printer Control Language (PCL) and Advanced Function Printing Data Stream (AFPDS) to add overlays. This approach allowed for printing but did not provide any distribution capabilities via email or archiving. This led many users to believe that IBM i wasn't a good platform for document distribution.

In an effort to modernize their applications, some users took the next logical step by converting their PCL or AFPDS printer files into PDFs. This provided a functional PDF, but there were still a number of drawbacks. Users who were attempting to convert large documents or were producing a high volume of documents suffered from performance issues. When compared to today's standard, PDFs converted through PCL and AFPDS tend to be more cumbersome and require inefficient amounts of processing power to create, especially when working with larger documents or reports. Even a moderately sized report can end up with a file size that is too large to email when using this method, defeating the whole purpose of the conversion in the first place.

The market share for IBM i has fallen over the last decade as thousands of companies have fled to other platforms in search of a modern solution to their data processing needs, sometimes even spending large sums of money to hire outside programmers to recreate all of their IBM i applications from scratch on foreign platforms. To the chagrin of their management, these companies end up with inferior versions of what they already had, while the real solution to their problem may have been right in front of them the whole time.

Several tools and applications now exist for IBM i that can convert a standard spooled file into a PDF directly, quickly creating documents a fraction of the size of PDFs converted from PCL or AFPDS—small enough for emailing. PDFs can be as small as one kilobyte per page of text with a good conversion tool, so it's possible to permanently archive all of your month-end and year-end reports digitally, even if they are many thousands of pages long. In the past, this would have taken up too much hard drive space to be a reasonable solution, but advancements in PDF conversion have made digital storage not only possible but by far the optimal choice. Printing reports and invoices and storing them in endless filing cabinets is already a thing of the past for many businesses…and should be for everyone else. If a paper copy is needed, PDFs can be sent directly to a PDF-capable printer.

The free methods for creating PDFs on IBM i are a bit lacking, generally converting from AFPDS rather than allowing for a direct conversion (IBM's own native method for generating PDFs uses an AFPDS conversion), but good third-party software packages on the market make PDF creation and distribution easy and effective.

Overlay software allows people to build graphical documents and reports and store them as PDFs on the IFS for distribution. Some packages can even automate this process, storing the original spooled files (which require very little space) and then dynamically creating and emailing, faxing, or archiving the PDFs at the same time.

Figures 1 and 2 below show the difference between the plain text of a spooled file and a graphical PDF that has been generated using overlay software. 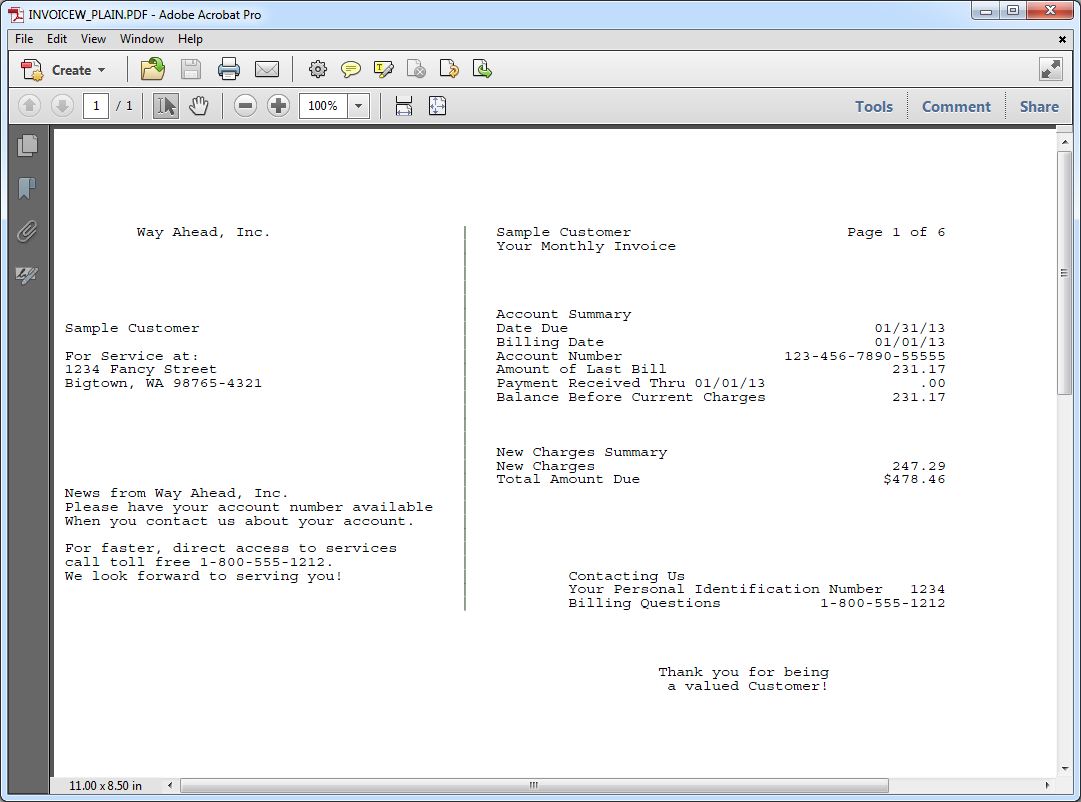 Figure 1: A plain spooled file of an invoice, exported without additional formatting. 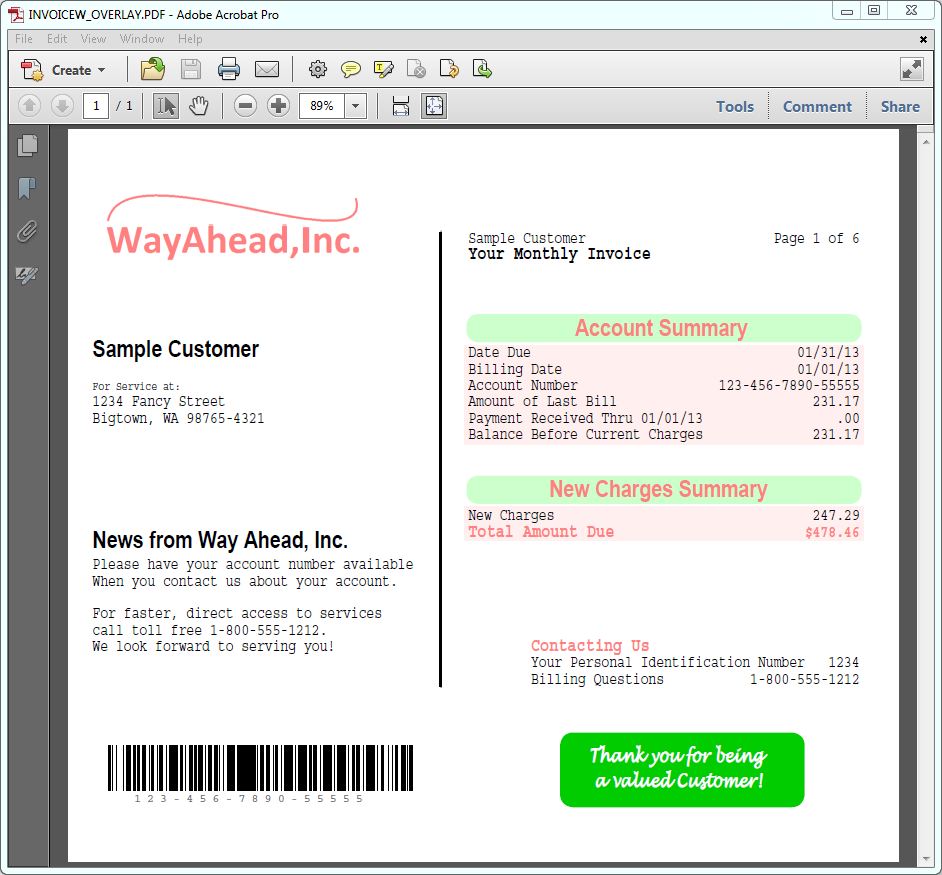 Figure 2: A full-color, graphical PDF of the same Invoice as Figure 1, with searchable text, a logo, and a barcode generated using overlay software.

What a difference a little bit of color can make!

When it comes to reports, PDF has a clear advantage over printed reports. The ability to create digital bookmarks within PDFs allows for quick look-up of information. With a good software package, bookmarks can be exported automatically during the creation of a report. Instead of flipping (or scrolling) through potentially thousands of pages, each new section will have its own tab on the side of the PDF. With searchable text, any part of a document can be used to sort and search through digital archives.

Again, Figures 3 and 4 below show the difference between a plain spooled file and a report that has been enhanced and exported into a fully graphical PDF. 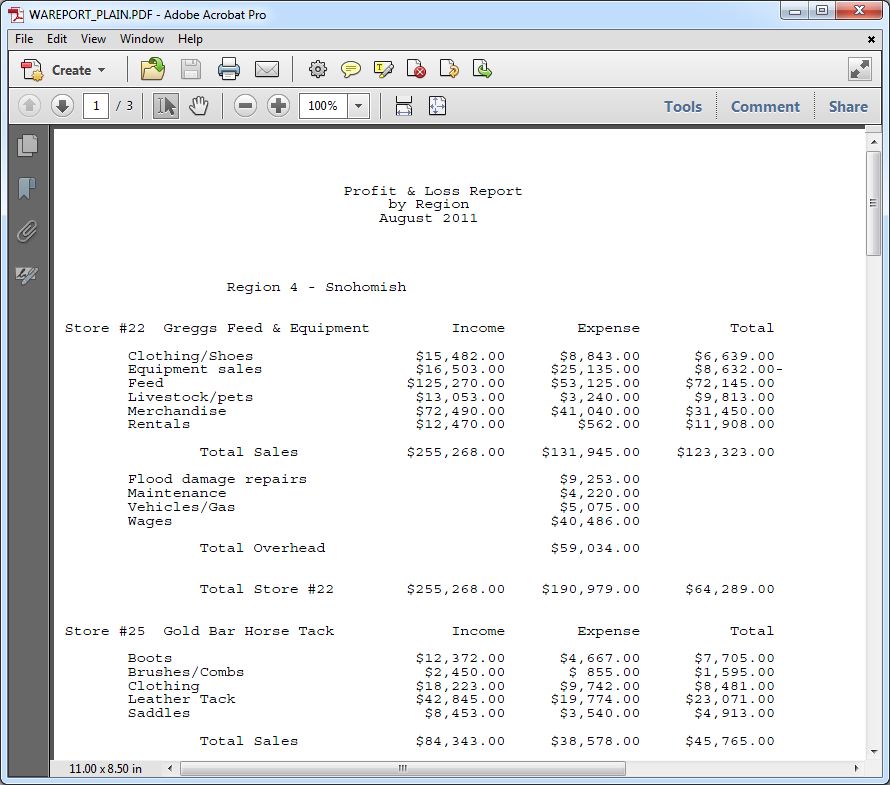 Figure 3: A plain spooled file of a Report, exported without additional formatting. 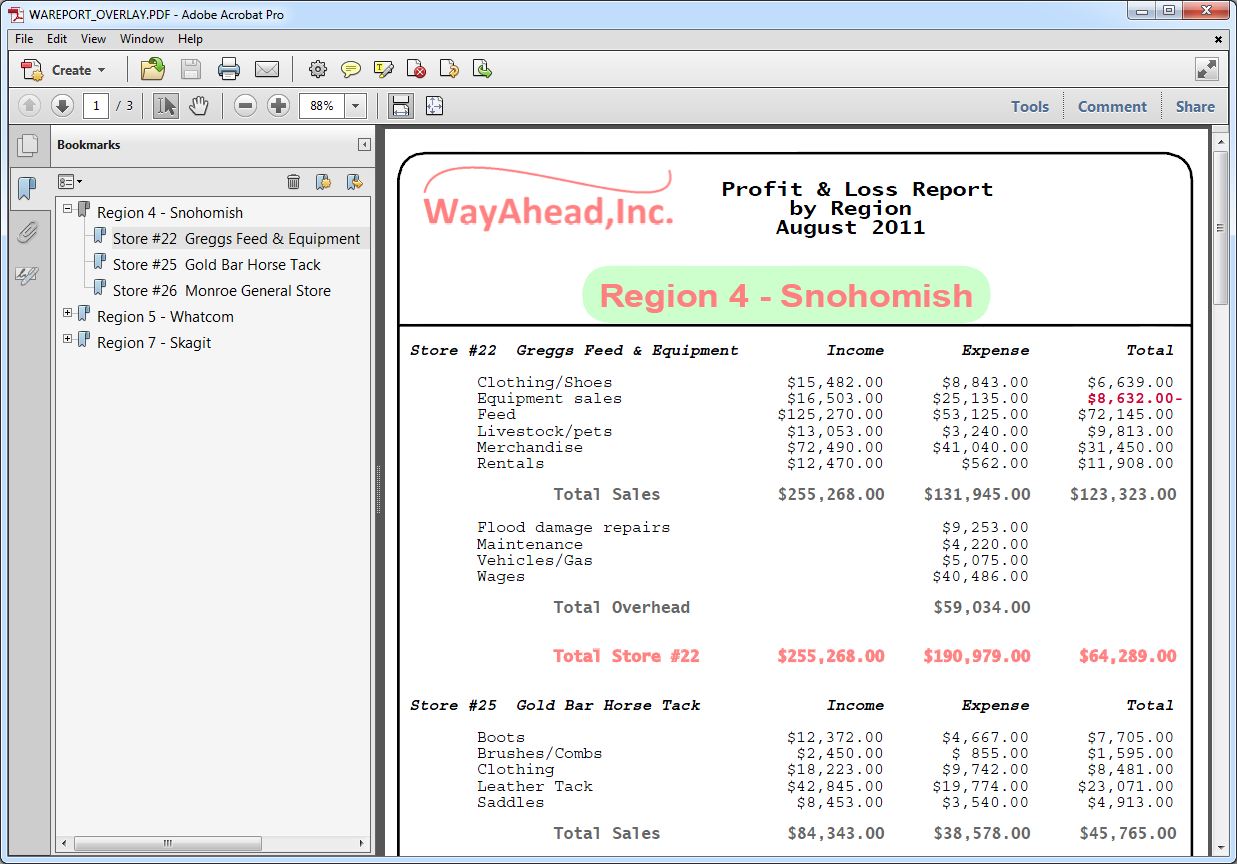 Figure 4: A full color, graphical PDF of the same Report as Figure 3, with searchable text, a logo, and bookmarks generated using overlay software.

Rather than having to print and then pay to ship a report that takes up a whole ream of paper to each of the store managers of a district, a report can be automatically burst and emailed so that the pertinent information is easily accessed in whatever way is most convenient to each individual recipient. Smartphones or tablet devices can be used to access information on the go.

Keeping information digital may not seem like such a novel idea, but a lot of times the business world lags behind the consumer market when it comes to technology. You might be surprised how many businesses are still spending unnecessary money on printing in this Internet age: In 2010, a survey of Fortune 1000 companies reported that only 38% had made the shift to going paperless. Another 29% planned to make the change soon, but that still left two-fifths of these high profile companies that had no strategy whatsoever.

All business processing should be digital, and PDF makes that possible. It just makes sense; it's more efficient, saves time and space, and ultimately saves money. If you already use the IBM i operating system, then a solution exists for you. The software tools and applications to modernize your company and fully bring it into the digital age are already available.

Paul Keyes is a developer for Computer Keyes, located outside of Seattle, Washington. Established in 1978, Computer Keyes is a leader in Document Distribution software for IBM i. The company offers a 30-day free trial period on all of its software. This allows you to try out any of its complete packages before making any decisions. You may download the software and manuals directly from the Computer Keyes website. Also, Computer Keyes provides free hot-line technical support for as long as you license a product. Visit their Website, or contact them directly at info@ckeyes.com.