This year's event draws 180 people interested in keeping up to date on the latest advances in IBM Power technology.

The annual OCEAN Technical Conference drew 180 registered seminar attendees, speakers, vendors, and volunteers this year as IT professionals from throughout Southern California gathered to sharpen their skills and learn about the latest wrinkles in IT's ever-changing landscape.

Bob Langieri, OCEAN VP and conference chairman, said, "The sessions this year were truly cutting edge, and we can't thank enough IBM and the other participating vendors and consultants willing to travel and send their technical experts from across the country to Southern California. It was highly uplifting for OCEAN members and should benefit them and their sponsoring firms greatly in the months to come."

This summer's conference continued the user group's "low-budget" theme of providing boxed lunches from Panera at meal time and using classrooms at National University in Costa Mesa, but users seemed to appreciate the no-nonsense approach to training, which kept tuition low and affordable.

Langieri said, "We were very fortunate to have a number of the best topic experts in the industry, including Jon Paris, Susan Gantner, and Pete Massiello, with us this year," Langieri said. He said attendees came from as far away as central California to attend the conference and were demonstrably excited by the advanced nature of the session topics. "People are beginning to realize how much has changed in the past year and how important it is to start using the new technology," Langieri said. "Yet some people still have the blinders on and just aren't willing to update their skills. People really need to get on board with the new tools, and I don't think it was ever as important as it is today to keep up with the new technology."

Carole Comeau, OCEAN vendor expo coordinator, said "Attendance has been relatively steady the past couple of years, though there were about 20 fewer people who registered this year than in 2011. There were only about 10 fewer paid registrants."

Among the more than 30 sessions presented at the conference this year were presentations titled "RPG in V7," "Simplify RPG with Open Access, "Instant Web Services and Stored Procedures," "JavaScript 101 for RPG Programmers," "Fast, Free Apps for Your IBM i," "My Favorite Things About RSE," "Tips and Tricks to Make Your SQL Sing," "Business Intelligence–Psst, You're Doing It Wrong," "Designing Screens and Reports with RDP," and other sessions on PHP, PowerLinux, browser tools, Power Systems performance tuning, and client development for smartphones and mobile devices. All sessions were one hour and 15 minutes.

Langieri said OCEAN will consider having Jon Paris and Susan Gantner return to give a two-day class on Rational Developer for Power (RDP), and Joe Pluta could give a Webinar on creating Android applications. If users are interested in getting additional training on either topic through OCEAN, they should contact Langieri at This email address is being protected from spambots. You need JavaScript enabled to view it..

The dedicated OCEAN Board worked tirelessly on this year's event and has been the indomitable force keeping the group on track for presenting some of the most current technical seminars outside of COMMON conferences. Lewis Libman, UnitedHealth Group, is president of the Board this year, assisted by Comeau and Langieri; Margaret Matthews of Margaret Matthews Consulting, VP Programs; Anne Martinez, VP Membership; Perry Mills, S4i Systems, VP Publicity; Xavier Martinez, SCAN Healthcare, VP Secretary; John Kienstra, Vision Solutions, VP Treasurer; and Brian Anderson, IBM Liaison to the group.

Attendee evaluations of the sessions were highly complimentary, Langieri said. People enjoyed the gourmet sandwiches, and vendors reported picking up a few possible leads from attendees for follow-up calls that could make their sponsorship well worth the price of admission. As usual, MC Press Online was represented at the conference with its "book store" featuring discounts on the latest IBM-related technical books. For those who missed it, you can still visit the MC Press Bookstore, which is currently featuring "The Big Summer Sale" and a wide array of seasonal bargains. 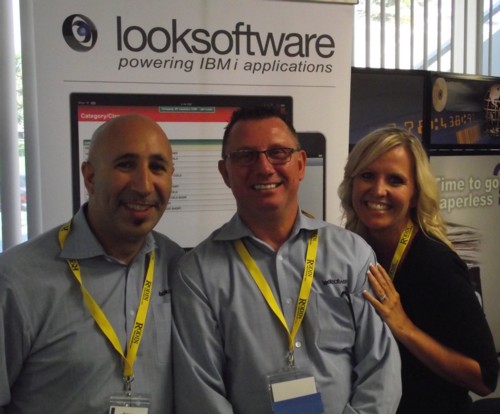 Eamon Musallam and Garrett Schut, looksoftware, with Erin Salisbury, inFORM Decisions, pose in front of the looksoftware booth at the OCEAN Technical Conference. 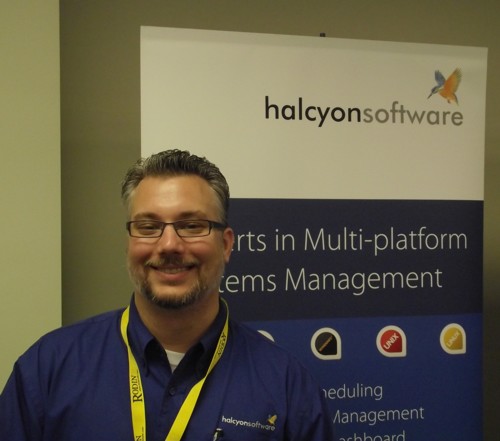 John Dominic, vice president of sales, Halcyon Software, tied in exhibiting at the OCEAN conference with a round of client visits in California. 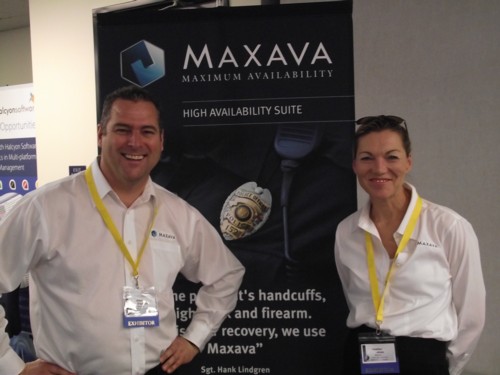 Simon O'Sullivan and Heather Jones of Maxava shared with MC Press Online that data centers are an increasing share of their business and that clients like checking on their systems with maxView Monitor running on their mobile devices. 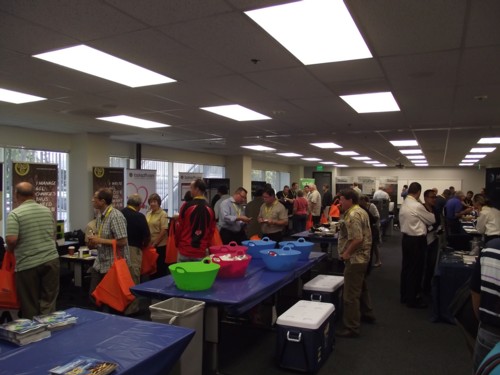 OCEAN Technical Conference attendees talk with vendors while taking a break from seminars. 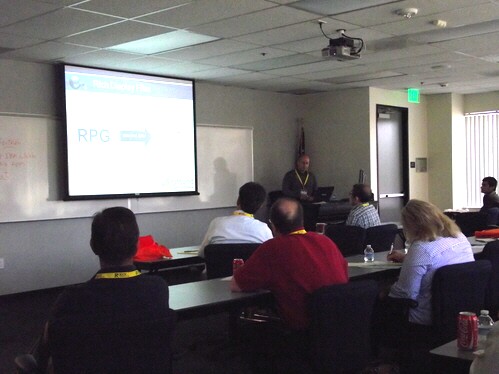 Alex Roytman of Profound Logic presents a session on Web and mobile apps for IBM i at the OCEAN Technical Conference. 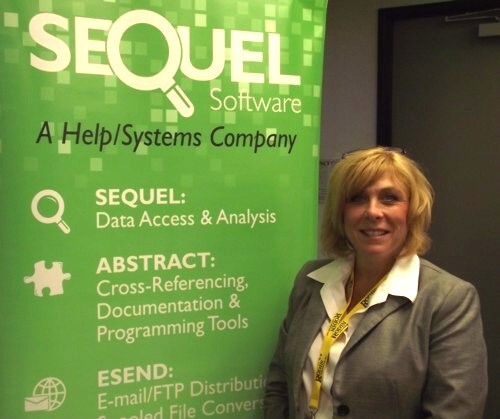 SEQUEL Software Sales Manager Stacy Jensen says she plans to follow up with several OCEAN attendees who expressed interest in the company's solutions while at the conference.