The unrelenting barrage of category four and five hurricanes in the southeast had management at Florida-based mega-retailer ABC Fine Wine & Spirits shaken and stirred—and keenly aware of their vulnerability. Over 150 retail stores in latitudes as far north as Tallahassee and as far south as Miami could be isolated without access to the company's IBM System i 550, which is housed in the executive office complex next to its 250,000 square foot distribution center in Orlando.

"Damage to our main office could very possibly take this system offline," says Jeff Armentrout, ABC's man in charge of high availability. To underpin business continuity for the largest privately owned liquor, cigar, and gourmet food operation in the United
States, ABC installed an i520 to act as a fallback. This machine operates in a distant building on a separate power grid about a quarter of a mile from headquarters. A direct-connect fiber channel with one gigabyte of bandwidth links the i550 and the i520 together, and iTera High Availability faithfully replicates every critical transaction.

Best Value for the Money

In the interest of due diligence, ABC weighed the virtues of several System i HA solutions and decided its money would be best spent on iTera High Availability. According to Armentrout, "We also looked at MIMIX from Lakeview Technology and *noMAX from Maximum Availability. iTera High Availability is great technology, and the pricing structure is a lot more attractive. When you buy a license for a primary machine, you can get several backup node licenses inexpensively. Other vendors charge an expensive fee for each backup node."

Before You Can Say "Cheers"

Between iTera High Availability's use of remote journaling and the huge one gig data link, Armentrout sees no replication latency. "I have broken the link between the two machines, reconnected it, and watched the backup system get caught up at a rate of six to seven million transactions per hour."

Regarding the ongoing monitoring and maintenance of iTera HA, he says, "It's about as painless as it can be. iTera HA really lets me control the environment." 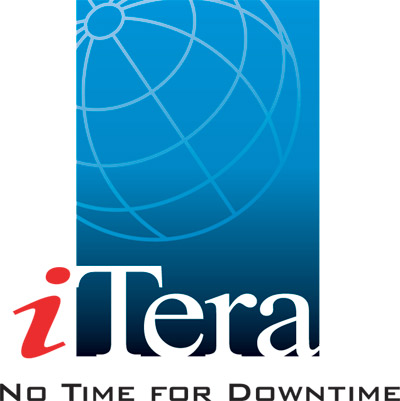