Central configuration and user management drastically reduces cost of ownership, while the versatility of the hardware platform and customization capabilities increase user productivity. 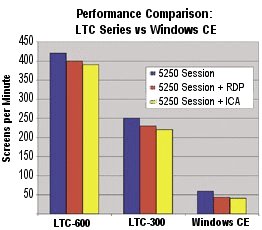 The high end LTC-600 provides almost twice the processing power and up to seven times the performance when compared to industry-standard Windows CE-based thin clients!

A versatile combination of features provides the flexibility to support virtually any application with the BOSaNOVA LTC Series. The entry-level model BOSaNOVA LTC-300 sports an industry-standard 300 MHz CPU, while the BOSaNOVA LTC-600 practically doubles that speed to provide top performance, even when browsing the Web. This is especially important in a thin-client environment where, unlike Windows environments, Web pages are not cached and need to be reloaded each time over the LAN.

The BOSaNOVA LTC-600 equipped with PCMCIA slot looks like this from the back.

The BOSaNOVA LTC-300 has 64 MB of RAM, while the BOSaNOVA LTC-600 has 128 MB of RAM and 32 MB of DOM. The BOSaNOVA LTC-300 is equipped with support for SVGA display (1024x768 16-bit color), while the BOSaNOVA LTC-600 supports up to 1280x1024 24-bit color. Both models have one parallel printer port, two serial ports, two USB ports, a keyboard port, a mouse port, a 10/100 base-T Ethernet interface, and an audio out line. Options include a full-featured, 122-key keyboard designed for use with midrange applications, a smart card reader for personalization of terminal applications and permissions, a PCMCIA slot, support for 802.11b and 802.11g wireless communication, and Adobe Acrobat Reader support for flawless display of PDF files.

As with any Windows server product, the system administrator manages the accounts the thin- client terminals use. A major benefit is that since all applications are run from the server, there is no local installation or maintenance of software applications at the client workstation. Furthermore, since all user data and files are resident on the server, central backup is possible, thereby freeing the user of this task.

The BOSaNOVA LTC Series of thin-client terminals is simple to configure either locally or remotely using the Remote Terminal Administrator (RTA), which enables the following tasks: 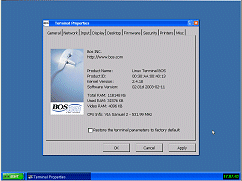 While based on the high-performance Linux OS, the BOSaNOVA LTC Series provides the comfort of a Windows 2000/XP user interface.

The BOSaNOVA LTC Series includes embedded TN5250e- and TN3270e- based terminal emulation software for up to five sessions in connection to IBM iSeries (AS/400) and zSeries (S/390) systems, employing the best fonts in the industry. It also supports a full-featured, 122-key keyboard, enabling efficient work with host applications. 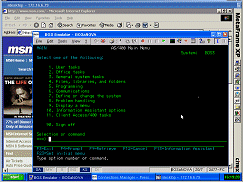 Embedded emulation software provides support for up to five sessions.

Let your Citrix- or terminal server-connected PC or thin-client users regain the benefits of terminal-style productivity with BOSaNOVA's driverless 122-key keyboard. This unique keyboard works flawlessly with both embedded and Citrix applications, since it also emulates 101-key keyboards.

Unlike standard 122-key keyboards, which typically function only as a regular PC keyboard in Citrix environments and lack support for the upper functions, the BOSaNOVA keyboard works perfectly with both embedded emulations and Citrix applications.

The BOSaNOVA keyboard is driverless, so it integrates smoothly into any operating system environment.

BOSaNOVA has also designed simple keyboard map files that can be imported to industry-standard TN5250e emulations, such as IBM Client Access and BOSaNOVA TCP/IP. 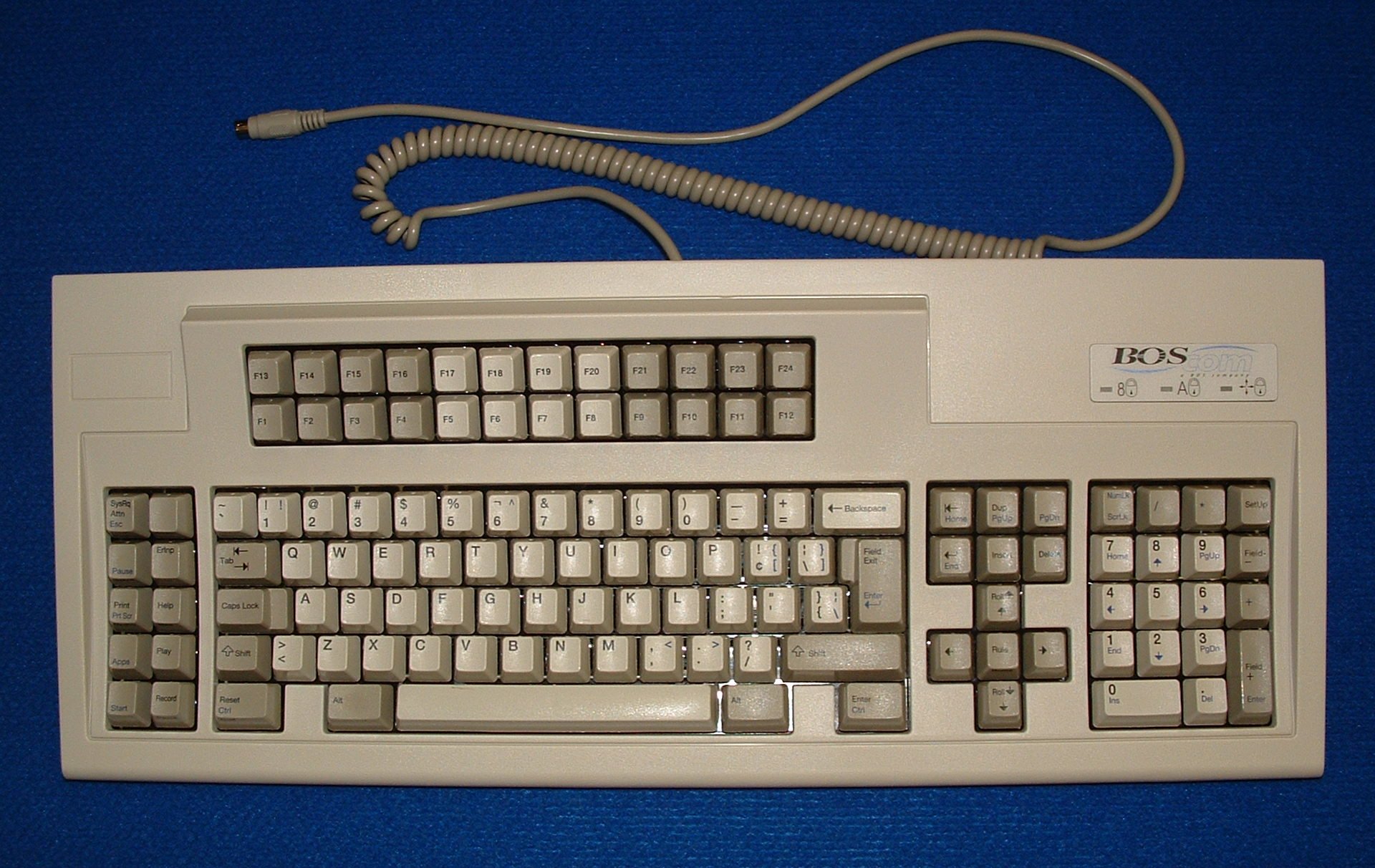 Benefits of the Linux Platform

While the desktop has a Windows 2000/XP look and feel, both the BOSaNOVA LTC-300 and the BOSaNOVA LTC-600 models are based on Linux. This versatile and user-friendly operating system provides additional capabilities not available with Windows-based terminals running Windows CE, including the following: