This week, I feel compelled to dissect a great IBM i customer success story. Plus, I'll fill you in about a new smartphone app for managing your IBM i.

IBM i Getting Some Well-Deserved Press...From IBM

Steve Will, the Chief Architect for IBM i, has a great blog called You and i. Last week, Steve told a great story about a company in Japan called Nishii Paint Industry Co. Ltd. that had 20-year-old Visual Basic applications that needed to be rewritten and an NEC PC server running sales and warehouse systems that needed replacement. One of the major requirements was that the next solution they had wouldn't have to be, among other things, recompiled when hardware or operating systems got updated. They investigated numerous big-name vendors before settling on a cloud-based IBM Power Systems 720 running IBM i and a solution built with a backbone of rock-solid RPG and a PHP front-end.

As Steve explains, "Though it required a significant investment in software development, they are seeing monthly costs for their current solution that are 20 percent below their prior solution. The project took about 18 months, but the customer is very happy with the results. They expect to make back their investment in five years or less."

Why is this important? For starters, Steve Will did not have to write this story. With all due respect to Nishii, IBM didn't win the business of a top 20 worldwide brand with the potential for huge fanfare. There was no big announcement or press release. This is not a Power 795 displacing a major competitor's big iron. With that being said, it's actually more important than that because this type of story needs to be told more often. Nishii is IBM i's bread and butter customer: a small to medium-sized business. The company has about 270 employees and $200 million in annual sales. Furthermore, Nishii is investing in a brand new RPG- and PHP-based solution on IBM i.

Any time IBM Power Systems and IBM i win business over solutions from companies like Hitachi, Fujitsu, and NEC, then I want to know about it. As per the COMMON Europe Top Concerns survey, you want to know about it too. We'd love to see IBM toot its own horn when it gets a "win" for IBM i. Well...

Maybe most importantly, and although IBM has a roadmap for IBM i to at least 2026, examples like this show us all that new customers believe there's a future in this wonderful technology. When long-time IBM i advocates come out and spread the gospel at conferences or Twitter or LinkedIn, you expect to hear from them that the platform has a stable future. But when new customers have been convinced by IBM that there's a long future for IBM i, then that says something more than any IBM i evangelists could ever say. These are new customers who can look at the IBM i big picture from an impartial view. When those customers take action and commit to IBM i, well, those actions speak louder than words.

Perhaps Steve wrote the story because, according to the Top Concerns survey, that's what the IBM i community wants to hear about. It gives us reassurance that there are new believers born every day and our community is growing. It may not be a huge win worthy of fanfare and big press releases, but it's a huge win for the reasons I've stated.

By the time this article gets published, I'll have been to two days of meetings with the COMMON Americas Advisory Council (CAAC) in Rochester, Minnesota, where I'll hopefully have a little time to talk with Steve Will. I will let him know personally how much his blog entry about Nishii means to the IBM i community and ask that he please share again when possible.

IBM i Management? There's an App for That

CNX Corporation has recently released Valence Nitro iAdmin 1.1, a smartphone app to manage many commonly used IBM i functions. While I'm a big fan of IBM Navigator for i on tablets, the market has been light on awesome smartphone-sized apps until now. I will admit, on my first use of iAdmin, I was hooked. It's a very nicely done app, as shown by the example figures below. 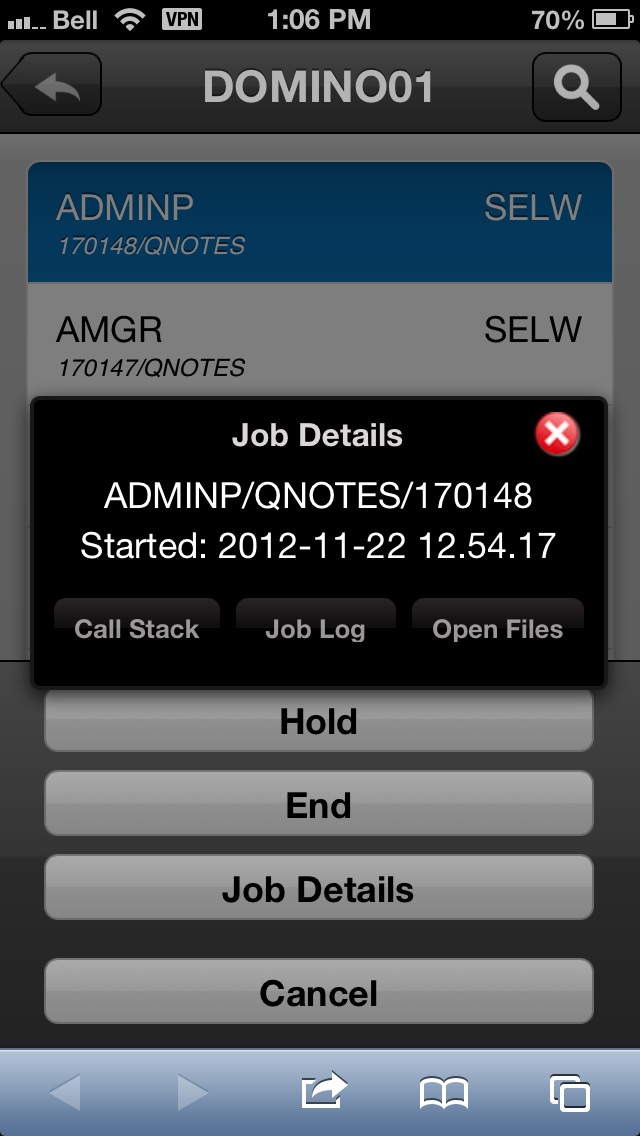 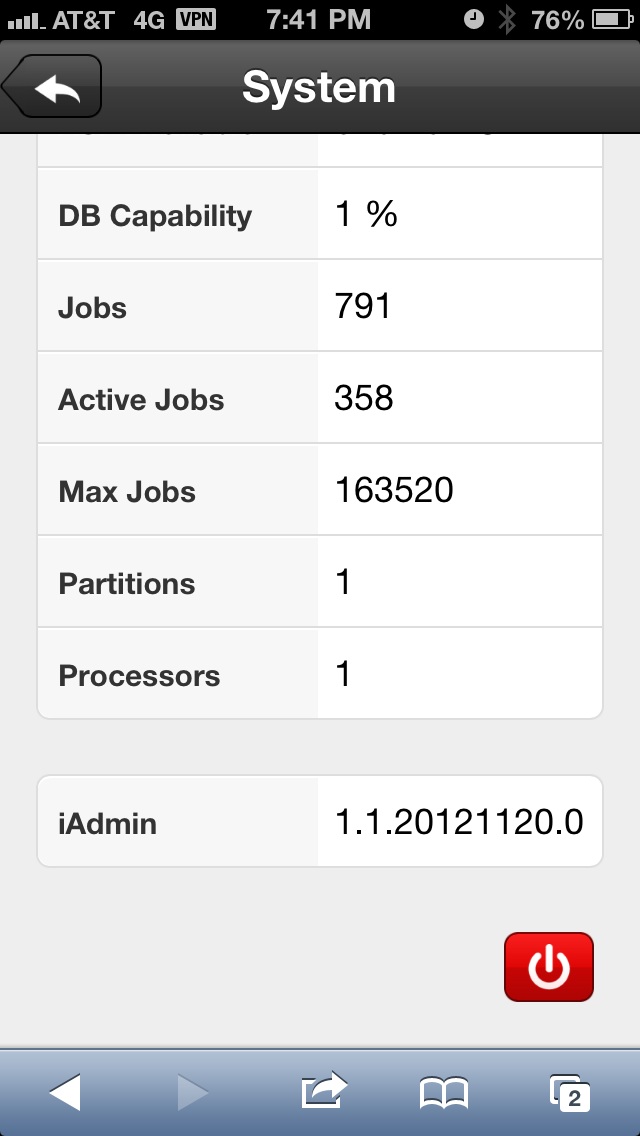 I downloaded the GUI installer to my laptop and installed it on IBM i. It's only about 50MB, so it's a lightweight install. The install process took only about 10 minutes, and once complete, I had a brand new IBM HTTP Server instance running and ready to accept connections. It's very simple to set up, and you only have to ensure remote commands can be accepted and your FTP server is running before running the installer.

You can work with disabled users, display jobs in a MSGW status, show active jobs in CPU utilization in descending order, and work with print queues and other useful functions. By design, it's not overloaded with features. You're not going to get a full management suite like IBM Navigator for i. iAdmin gives an administrator a good set of working tools while maintaining the easiness and cleanliness of a mobile app. All in all, it's a very useful tool for $995 (per server) until the price jumps to $1495 at the end of the year. Upon install, you get a 30-day "functional" licence so you can have a little fun and test it out. After the trial expires, it's a read-only tool.

One interesting feature is the red IPL button. It's tempting. So...very...tempting.

I had to push it to see what happened, albeit on my test machine. Sure enough, they built in an "are you sure?" prompt. I have small kids who like to swipe my iPad and iPhone and play around a little bit. They've accidentally hit a function and then answered "yes" to whatever prompt they were presented with. I'm thinking someone at CNX has little kids and accounted for that as this feature isn't functioning by default. The little red "power" button exists, but you need to make a settings change on IBM i and then restart the IBM HTTP Server instance in order to activate it. You can't have it both ways. Functions exist on this app to manage IBM i, even the potentially hazardous ones when in the wrong little hands.

Mobile apps are for quick and dirty work combined with an extreme ease of use. It's a powerful tool, so don't log in as QSECOFR and put the phone down without locking it, capisce?