Let's dissect two studies that put IBM i at the top of the list for lowest total cost of ownership, total cost of acquisition, and total amounts of awesome! You want justification? You got it.

ITG Studies to Help You Sell the Metal

International Technology Group (ITG) recently published two studies that talk about total cost of ownership, total cost of acquisition, risk exposure, cost of downtime, and security/malware considerations for the IBM i. The contents, in general, are things we know already: IBM i on Power Systems is the best platform to run our businesses on because of the cost reductions, consolidation, integration, security, simplicity, and the operating environment's virus resistance. Although some of this is old news, there are some great facts in here, so we need to dissect it a little bit. Why? Have you ever had to justify IBM i to a decision-maker? Wouldn't you love to have some key published information at your disposal? Absolutely. Those platform features I mentioned are a tall order to fill on most systems and may even sound like a bunch of hot air to those outside the IBM i community. Think about it. If you were a Windows administrator and lived only in the Windows world, what would you think if I told you that I could sell you a widely deployed operating system that had no known viruses? You probably wouldn't believe me.

I had to do this exercise a few months ago when I successfully justified implementing Bytware's StandGuard Anti-Virus for Domino instead of Intel-based Windows or Linux solutions. I would have loved to have the information from these ITG studies; the time I spent searching and compiling facts could have been far less.

There are two studies, one for small to medium-sized businesses and another for large enterprises, so we get some different results for each group. The SMB study pits IBM i on Power Systems vs. Microsoft Windows Server 2008 and Linux with Oracle Database 11g, both deployed on Intel-based servers. The enterprise study focuses more on the cost of downtime.

On the SMB study, the three-year overall total cost of ownership breaks down to $1.1 million for Linux/Oracle, $862,000 for Windows and SQL Server, and only $480, 000 for IBM i 7.1 and Power Systems. IBM is lowest on all categories, comprised of hardware, software licenses, software support, maintenance, personnel and facilities. Interestingly, the cost of personnel is the biggest difference. I've always said and heard similar from other IT managers, "If someone wants to replace IBM i and Power Systems with Windows/Intel, then be prepared to hire me more staff." This study validates that claim.

Figure 1: The SMB study breaks down the three-year TCO.

Do you remember IBM's "The Laughing Boardroom" videos from a few years ago? It's a fictitious three-part story that shows a vendor giving a sales pitch to a boardroom of decision-makers. Everything the vendor was trying to sell was already handled by the company's single IBM iSeries. The episode called "The People" knocks that staffing point home. I thought to myself, and expressed to my Twitter followers, that it would be awesome if IBM came out with an up-to-date version of the "Boardroom" videos featuring Power Systems. But I digress...let's get back to the data.

When you break down the cost of acquisition vs. ongoing costs, IBM i on Power Systems again wins handily over the competition. Perhaps one of the myths I've heard over the years is that an IBM i on Power Systems is more expensive up front but is less expensive over the long run. This study shows partly to the contrary. When deploying a full solution, IBM i on Power Systems is actually less on initial acquisition. Smaller and individually far less expensive Intel servers on the surface tend to add up when you take proliferation into consideration. Plus, the consolidation and partitioning of IBM i and the sheer horsepower of Power Systems outperforms the x86-based competition. As per the study, "Although VMware is employed to help reduce numbers of x86 servers, its effects are incremental. Reflecting overall industry experience, VMware hypervisors in these comparisons host test, development and comparatively light-duty production systems. Higher per processor performance, along with more granular partitioning and real-time workload management mean that the level of concentration achieved with IBM i 7.1 and Power Systems is significantly greater."

Figure 2: Acquisition and ongoing costs are lower on the IBM i.

Risk Exposure and Cost of Downtime

As expected, the availability of IBM i on Power Systems absolutely destroys the competition in this area.

Over a three-year period, the study shows that, in downtime, the x86-based Windows Server would cost almost $4.8 million and Linux/Oracle would cost almost $3.7 million. How much would IBM i on Power Systems cost in downtime? Almost $767,000 dollars. Say what? That's 84% less than Windows and 79% less than x86 Linux/Oracle. Calculations aren't done in just estimated sales loss. As per the study, "Calculations for all companies include costs of supply chain disruption. Costs for manufacturing and distribution companies also include customer-related costs such as late delivery and imperfect order fees. Retail company costs also include costs of lost sales and in-store disruption."

Figure 3: The IBM i wins again in total cost of downtime.

For large businesses, the cost of downtime and risk exposure to severe unplanned outages is broken down into categories of supply chain and financial services industries. These graphics tell an incredible story. Pitted against Microsoft Windows Failover Clustering and Oracle Exadata, IBM i on Power Systems comes out on top again. 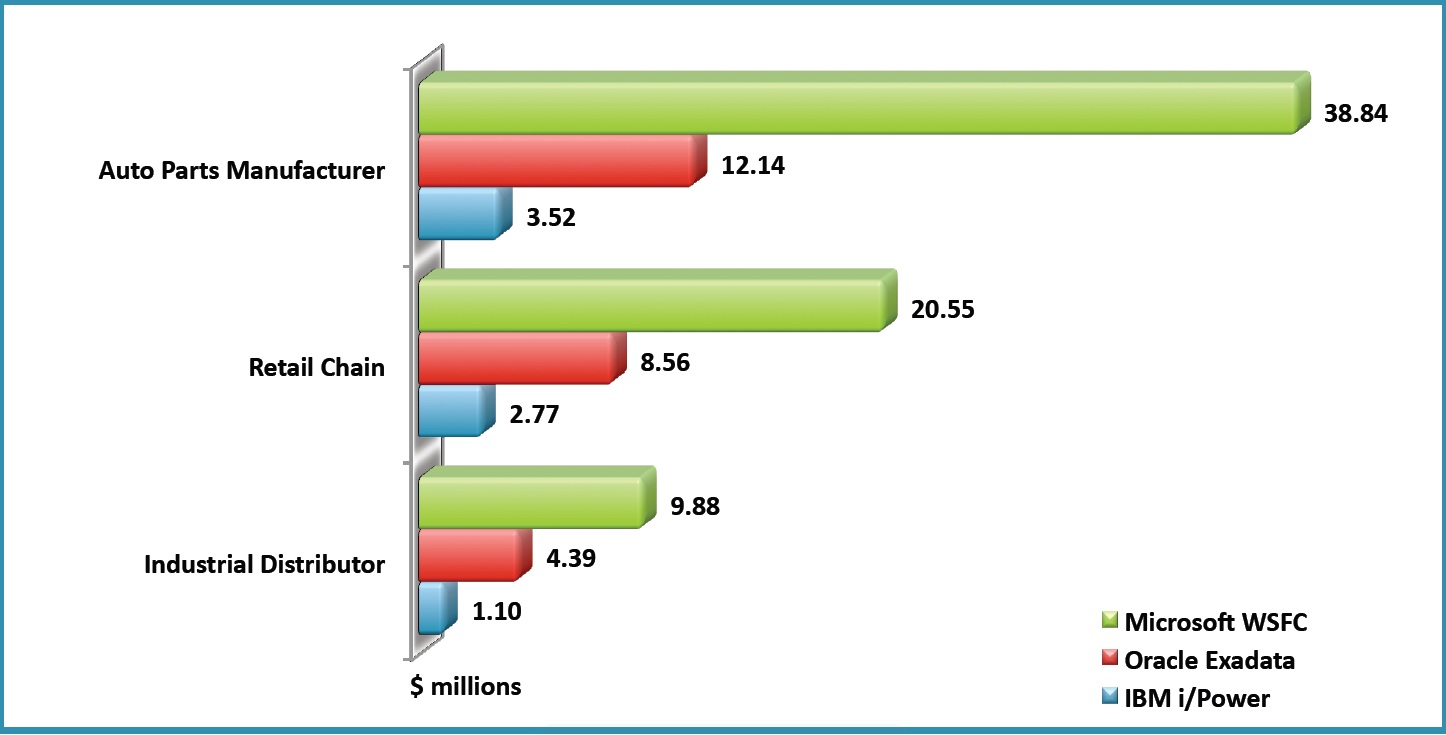 Figure 4: IBM i beats the competition in supply chain. 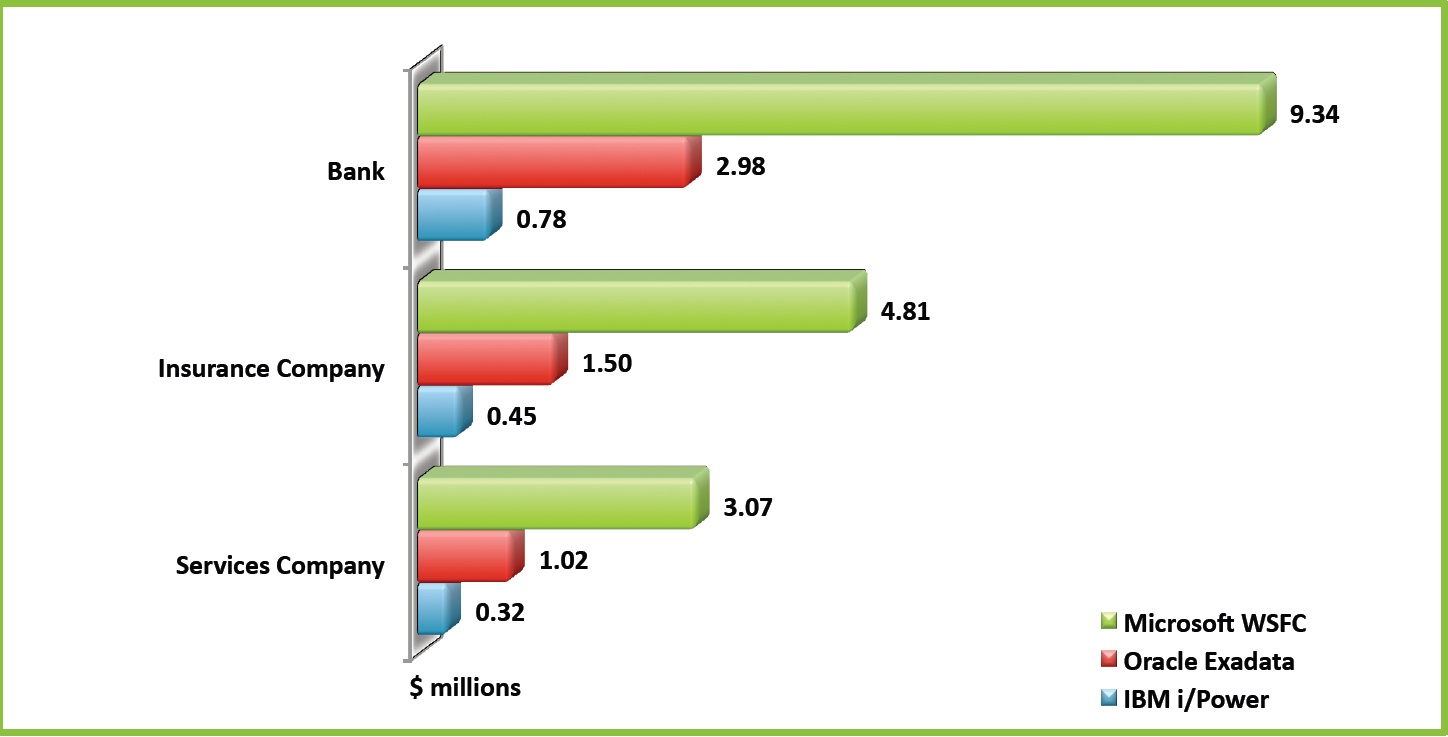 Figure 5: IBM i beats the competition in financial services.

Figure 6: IBM i scores exceptionally well against other OSes in vulnerability advisories.

Figure 7: Again, it's the IBM i that leads the pack against lifetime vulnerabilities.

As per the study, "The strengths of IBM i 7.1 in security and malware protection reflect the operation system's object-based architecture. Objects are encapsulated in a manner that places strict controls on data as well as system code, making it extremely difficult for unauthorized instructions to execute.

In security and malware protection, differences between IBM i 7.1, and Windows and x86 Linux servers are not merely significant—they are dramatic. IBM i 7.1 is one of the most secure operating systems in existence. Security violations are rare, and malware incidents are virtually unknown. There are no known native IBM i viruses."

These studies are proof positive that IBM i on Power Systems is head and shoulders above the competition. The next time you're asked to justify IBM i on Power Systems to your boss or to a customer, you should have these documents at the ready. Hopefully, when decision-makers digest the information they'll become die-hard advocates like the fictional ones seen in The Laughing Boardroom.

Over the holiday season, we all want to spend time getting up to date on PTFs, product features, and the like, don't we? While everyone is tucked snug in their beds, you can have visions of new licensed programs dancing in your head! Here are two that I'll be installing faster than the time it takes Santa to maul a plate of Oreos.

Happy holidays. Be safe, and we'll see you next year.