IBM i is known worldwide for its power, scalability, reliability, and securability. But it's also one of technology's best-kept secrets. Very little data exists to show how businesses use the platform and how IBM i relates to broader IT objectives. HelpSystems, in conjunction with leading industry publications IT Jungle and PowerWire.eu, set out to gather this data by surveying the IT professionals who use IBM i every day.

Nearly 350 people from organizations large and small responded, and the results are in! We hope you find this report interesting and useful as you evaluate your own IT projects.

Thanks to everyone who participated!

How many IBM Power servers do you have? 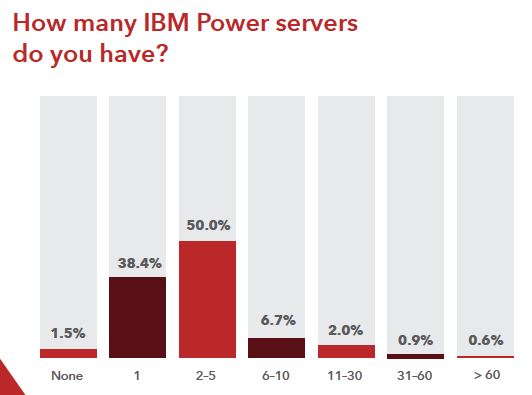 How many IBM i partitions do you run? 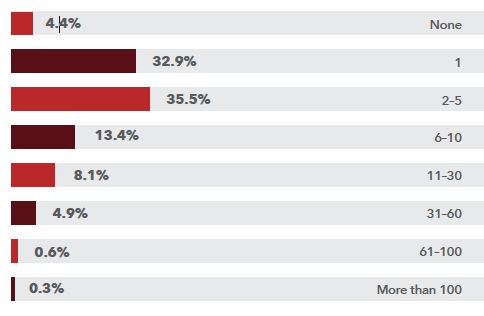 IBM's enhancements to server capacity and partition technology allow nearly 40% of IBM i shops to rely on a single server that supports multiple applications in one virtual instance. With 35% of IBM i shops running 2–5 partitions, the virtualized Power server running IBM i is clearly more Well-established than industry experts previously thought. Even more consolidation will occur as organizations load AIX and Linux alongside IBM i.

Measure Power servers' impact on the IT world in efficiency and performance, not the number of servers in use.

What IBM Power servers do you own? 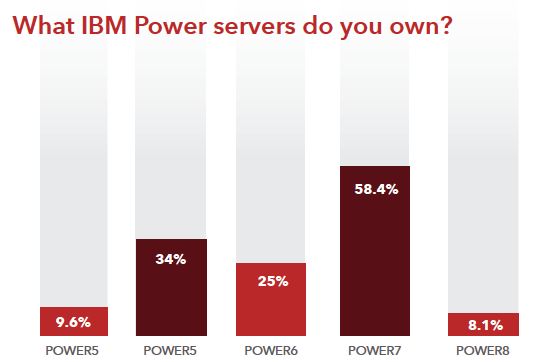 What version of IBM i is your primary operating system level? 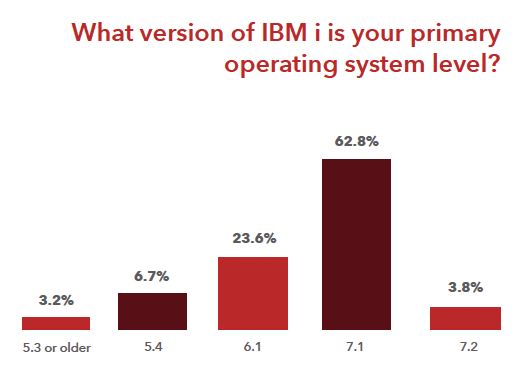 Shops running IBM i 6.1 should consider moving to 7.2 as soon as possible, since IBM will no longer support 6.1 after September 2015. Managed service providers are an option for organizations unable to stay current with the technology.

AIX AND LINUX ON POWER SERVERS

Do you run AIX on the same IBM Power servers? 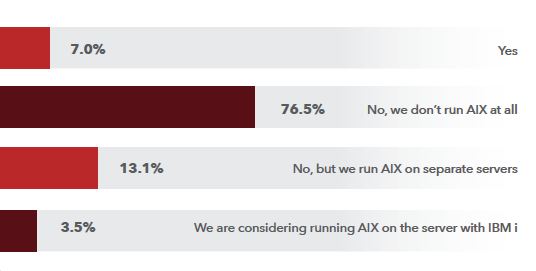 Do you run Linux on the same IBM Power servers? 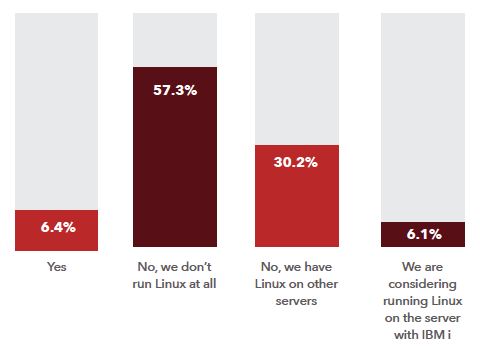 IBM has worked to position Linux as a replacement for Windows servers. As a result, incidents of AIX in IBM i shops are likely to decline further, and more IBM i shops will add Linux to their servers. Price, scalability, and reliability factor into that development.

IBM's promotion of Linux on Power is good news for IBM i enthusiasts. Having more Linux users place their workload on POWER8 servers makes the server even more appealing to the masses.

OTHER SERVERS ALONGSIDE IBM i

Do you run x86 Windows servers alongside IBM i? 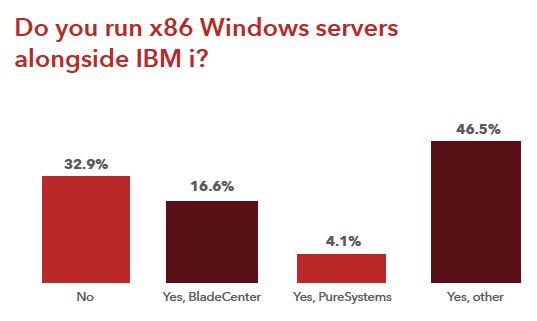 Do you run x86 Linux servers alongside IBM i? 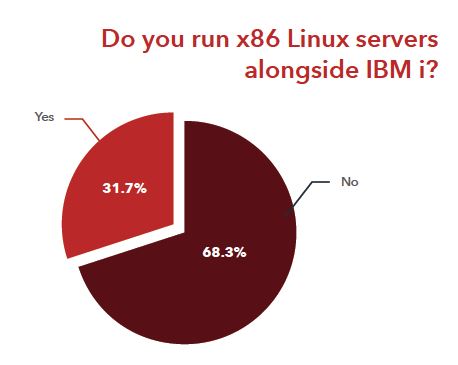 Fewer organizations report running Windows servers alongside IBM i than expected. In fact, IBM executives confirm the real percentage is much higher. In future surveys, this question will be rephrased to eliminate any confusion caused by referring to Windows servers as "x86 Windows servers."

Another surprise is 20% of these organizations run Windows technology on IBM Blades even as the x86 product line transitions to Lenovo. IBM can be expected to push these previous users of xSeries technology toward Power servers running Linux.

The realm of cybersecurity and automation is always changing, and we’re evolving right alongside it. Say hello to Fortra, the new face of HelpSystems. We’re bringing you the same people-first support you’ve come to expect from HelpSystems, only now we’ve been Fortra-fied with the purpose of providing you with exceptional protection and peace of mind along every step of your journey.

Our team of expert problem solvers is ready to find answers to your organization’s toughest problems, and our best-in-class portfolio ensures that we’ll land on an integrated, scalable solution that’s right for you.

We’re tenacious in our pursuit of a stronger, simpler future for cybersecurity.