Finally, a decent client is available from IBM for non-Windows platforms!

In my recent article "Is IBM i Access for Linux Right for Your Shop?", I reviewed IBM's Linux offering for accessing the IBM i's database and for providing 5250 emulation. The executive summary of that article is simply, "It's great for ODBC connectivity, but the emulator is best replaced by one of the open-source emulators or commercial alternatives." Shortly after the article was published, I received two emails from readers (Thanks to both Bobs!) recommending that I give IBM's Java-based offering a try.

The IBM i Access package (5733-XJ1) is built to provide non-Windows users the most frequently used features from the Windows product. While Linux, Mac, and Windows are platforms specifically mentioned in the documentation, I suspect that any platform that can provide Java 6 or higher and a graphical environment will be able to successfully run the program. Taken directly from the "getting started" document, the features include:

One thing that one of the Bobs (an IBM employee) added to his email was this caveat: "You may not want to highlight the Data Transfer extension for OpenOffice. That feature will be removed and replaced with something a little easier to set up and use." "Easier to set up and use" is always a good thing, so I'll consider that feature to be not-ready-for-prime-time and ignore it. It is intriguing and will be a nice feature when they do get the improved version rolled into the product.

Assuming that your workstation has the requisite Java environment properly installed, then installation couldn't be easier, requiring only three steps: 1) Download the zip file from IBM's site, 2) make a directory to contain the package, and 3) unzip the package into that directory. Be aware that the zip file does not provide a container directory; thus you will want to ensure that you do so manually. For my Linux box, I issued the commands: mkdir ~/IBMiAccess; cd ~/IBMiAccess; unzip ~/Desktop/IBMiAccess_v1r1.zip, ensuring that my home directory didn't get littered with iAccess software.

If you're expecting a menu item or desktop icon to start the program, you'll be disappointed. The simplicity of the installation and the complexity of writing a good installation script for just one operating system, let alone multiple systems, has put that task into the future. IBM does provide a number of startup scripts and good documentation for rolling your own, so in my case it was a trivial exercise to create a desktop icon that launches ~/IBMiAccess/Start_Scripts/Linux_Mac_Other/acslaunch.

How Does It Look?

Upon startup, you'll be greeted with the window shown in Figure 1. This central launch pad shows the functionality available within the package. Under the "General" tab you'll find four of the most commonly used features. 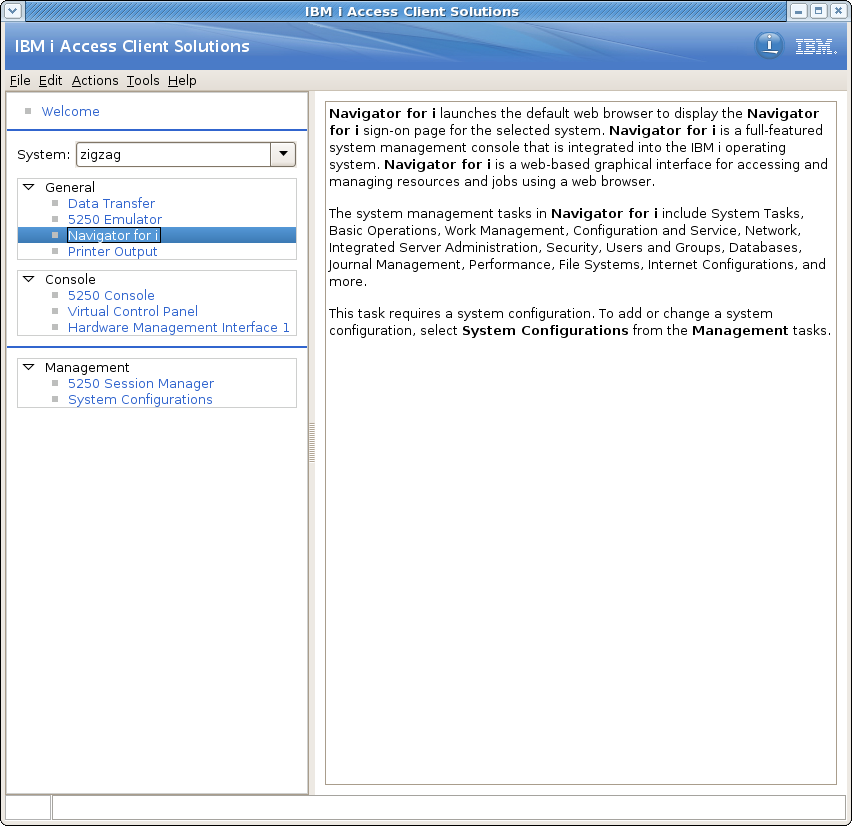 Figure 1: The startup screen shows the central launch pad and the functionality available.

The most commonly used function, 5250 Emulator (shown in Figure 2), looks like the version available on the Windows version. It has an icon bar for accessing other functions, like its Windows brethren, and works exactly as you'd expect. I realize that there is nothing particularly sexy about a 5250 screen, but to see one on a Linux machine that comes from IBM, and actually looks nice, is refreshing. The keys can be remapped and the screen resized. From my couple of days of use, it appears to me that the functionality is identical to the Windows equivalent. This one is a winner! 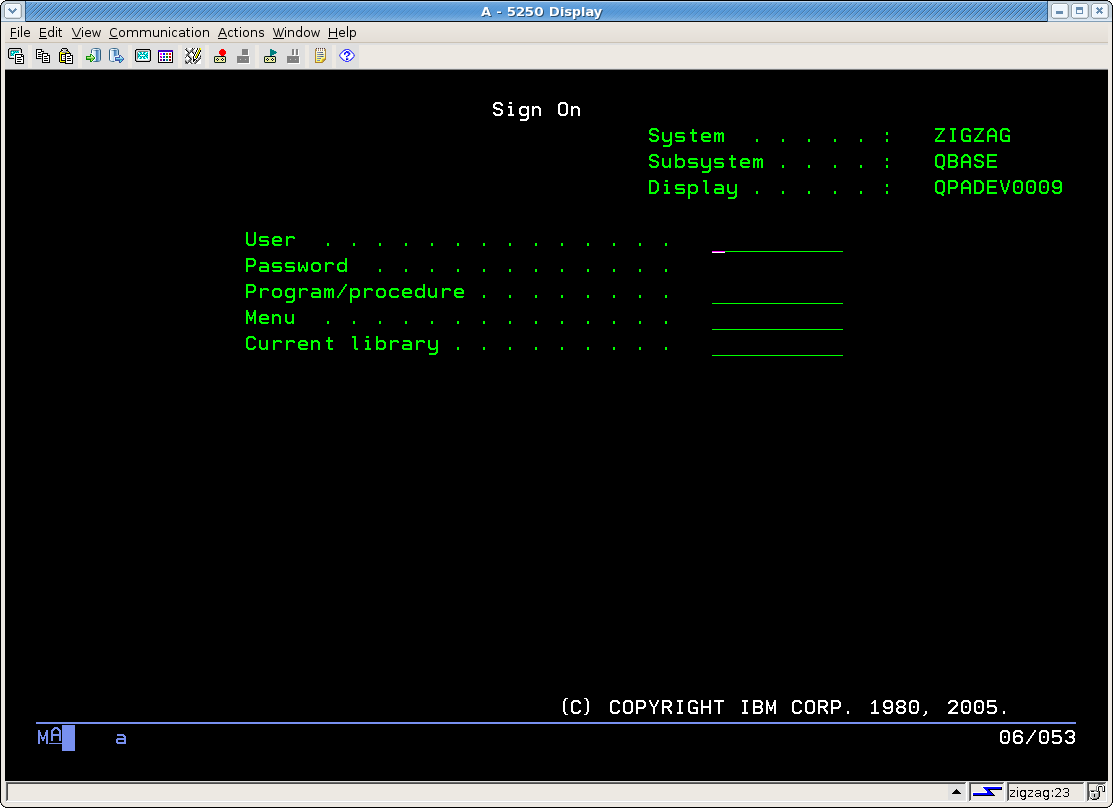 The data transfer function, shown in Figure 3, allows for data transfer to and from the i5/OS. Multiple output and input formats are available (Figure 4), and during my tests I found it quite functional. You can do simple queries to get subsets of the file. Bottom line? I can finally get data to my system (Figure 5) without having to resort to a CPYTOIMPF and FTP. This is another winner for me! 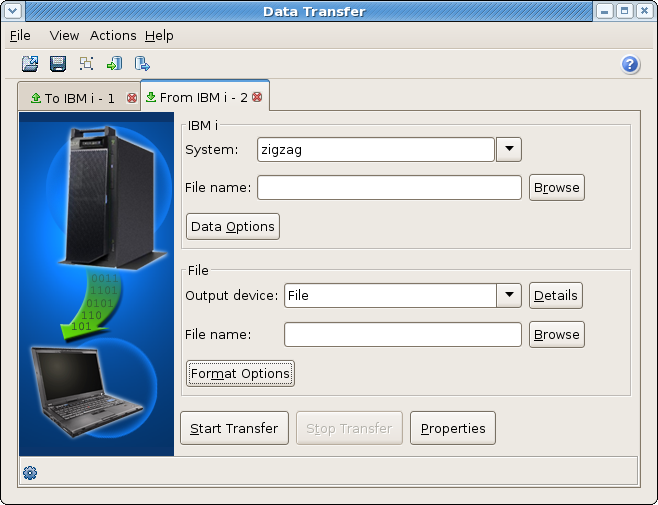 Figure 3: Transfer data to and from the i5/OS. 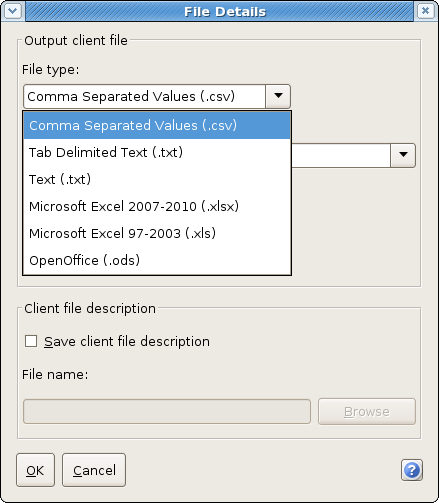 Figure 4: Take advantage of the multiple output and input formats. 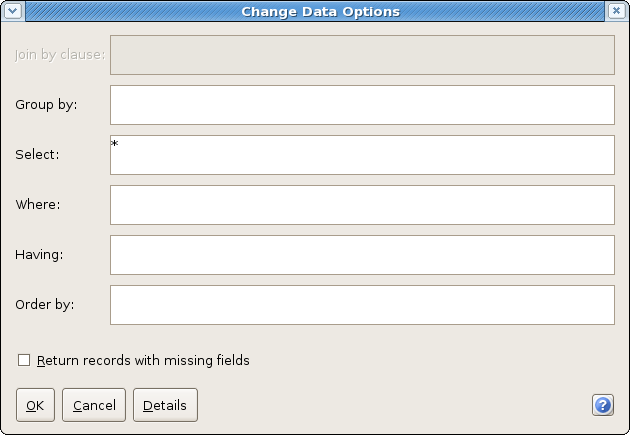 The Navigator for i option is somewhat of a cheat as it launches your web browser and sends you to the i5/OS Tasks screen. I can accept that, but I was hoping for more parity between this client and the Windows version. Perhaps that's something that will be addressed in the future.

Of the four General options, I was most excited to try out the "Printer Output" option. And it provided the greatest disappointment for me. Why? Because if you are looking at a standard i5/OS report, then things work fine. The spool file is sent to the client and then opened with a local text editor. If you wish to look at an AFP printer file, then you're out of luck. You'll get essentially the same view you'd get as if you'd look at the file via the green-screen DSPSPLF command. There is no graphic information, like PAGSEG data, and the text tends to be skewed, since you're trying to display data that can be placed to a micro precision on a record-oriented medium. If anyone can tell me that I missed something, then please enlighten me. I'd be happy to report my error.

The IBM i Access Client technology preview is definitely a step in the right direction. Finally, a decent client is available from IBM for non-Windows platforms, including my preferred Linux. I'm happy that IBM is finally recognizing that there are other platforms out there besides Windows. I hope that they continue to improve this product so that when it's finally released it's as feature-complete as possible.