There are two sets of server jobs that can be configured and managed through Operations Navigator (OpsNav): TCP/IP servers and Client Access/400 servers. But what are these servers used for, and why do you need to know about them? This article gives a high-level overview of each server and covers the servers that are available from the V4R5 OpsNav client. Since in-depth articles could be written for each server, this information is intended to give you an idea of whether each server will be of interest to you; more information on most servers can be found at the IBM iSeries 400 Information Center (see the References and Related Materials section at the end of this article).

Within Operations Navigator’s hierarchy, click the Network tree item, then click the Servers icon, and you’ll find two more tree items: one for TCP/IP servers and one for Client Access servers. You can open each container to view the status of the various servers. Right-clicking on a particular server brings up a pop-up menu that shows the options that are available for that server. Each server can be configured via its properties or a configuration option. In addition, each server can be started, stopped, or its server jobs can be viewed.

Not all servers have configurable parameters to control the server. However, all servers do have the Start when TCP/IP is started property. This specifies that the server is to be automatically started when TCP/IP is started. The default value of this property varies from server to server. The default is to start automatically if the server is a commonly used one that most systems require.

packets to that DHCP server. This allows clients on multiple subnetworks to access a centralized DHCP severBOOTP—The Bootstrap Protocol was developed to provide a means for diskless workstations in a network to request an IP address and the name of the initial program load source. Trivial File Transfer Protocol (TFTP) is used to download the program load source to the diskless client. IBM Network Stations use BOOTP and TFTP for their initial load processing. DHCP is a follow-on to BOOTP, and DHCP supports both DHCP packets and BOOTP packets.

• Distributed Data Management—The Distributed Data Management (DDM) server allows applications or users to access remote databases; that is, the database resides on one system while the application or user is on another system. The data access can be done with iSeries-native I/O using DDM, or with SQL by using Distributed Relational Database Architecture (DRDA). The DDM server is named as such because the DRDA is built upon the DDM architecture. DDM and DRDA run over both SNA and TCP/IP, but the DDM server is used only when the systems are connected via TCP/IP.

• Dynamic Host Configuration Protocol—Dynamic Host Configuration Protocol (DHCP) provides a way to configure the TCP/IP attributes of client machines from a central server. Among the various configuration information it can provide, DHCP can provide a dynamically assigned IP address for the client computer and determine which routers and DNS servers it should use on the specific network to which it just connected. This can be particularly useful in mobile computing. The DHCP server can also be used to supply configuration information to clients that use BOOTP. When using DHCP, BOOTP, or the BOOPT/DHCP Relay Agent, only one of the three servers can be active at any time, since all three of these servers listen on the same port.

• Virtual Private Networking—The Virtual Private Networking (VPN) server is necessary if you are planning to use VPN. Virtual private networking allows you to have secure communications for sensitive data between your iSeries and other computers that support VPN. VPN can be used to enable secure connections over a public network infrastructure, such as the Internet, as well as private intranets. VPN provides secure connections with authentication and encryption algorithms using technologies such as Internet Protocol Security, Internet Key Exchange (IKE), and Layer Two Tunneling Protocol (L2TP).

• Trivial FTP—Trivial File Transfer Protocol (TFTP) is a simple protocol that provides a basic file transfer function with no user authentication. TFTP and BOOTP together provide support for the IBM Network Station for AS/400. BOOTP provides the way to assign an IP address to the client and request the name of the program load source, and TFTP is used to download the program load source.

• Network File System—The NFS provides the ability to store files on a server system and have clients in the network transparently access and use the single set of files. This eliminates the problem of having multiple copies of the files scattered throughout the network on various systems. NFS is typically used as the mechanism to share files among UNIX-type computer systems.

• Internet Daemon Super Server—The Internet Daemon (INETD) Super server listens for client requests for many different server programs. The use of INETD is intended to save system resources by not requiring processes to be started and listening on ports for services that are not often used. When a client request is received, INETD will spawn a process to run the configured server program to handle the request. On the iSeries, the INETD server is used to support clustering. Clustering uses INETD to bring up cluster resource services when starting a remote node in the cluster. By having the INETD server listen for a connection on a port reserved for clustering, the need for a unique clustering server to be up and running at all times is eliminated.

• Data Link File Manager—The Data Link File Manager (DLFM) allows database files to contain references to objects not traditionally stored inside a database file. These objects can include video clips or pictures and are stored in the integrated file system. The references, or data links, can link to the objects on the same system or on other systems. When the actual objects reside on a different system, the DLFM server is necessary on that target system. The DLFM server can be started and stopped from Operations Navigator, but configuration of the DLFM server is done via CL commands and Qshell command scripts.

• Domain Name System—The Domain Name System (DNS) maintains a database of domain names (host names) and their corresponding IP addresses. It provides the ability to define a mapping between the host name and the IP address in a centralized location; systems within the TCP/IP network can then use the lookup function of the name server to locate the IP address for that server. For more information on DNS, check out the article “Charting Your Network with Domain Naming Service: A Primer” in the March 2001 MC Web edition (www.midrangecomputing.com/mc).

• File Transfer Protocol—FTP provides the ability to send and receive files from other systems in a TCP/IP network. It also provides support for listing remote directories, changing current directories, and creating or deleting files. FTP consists of a client, from which FTP requests (subcommands) are issued, and the server, where client requests are processed. The iSeries provides both FTP client and server support.

• Post Office Protocol—The Post Office Protocol (POP) server allows the iSeries to store email for clients who use POP for their email support. POP uses store-and-forward technology; email is stored on the server until clients request it, at which time the mail is forwarded to the client and deleted from the server. The POP server can store email for many clients; each client has a mailbox where the mail remains until the client requests it.

• Remote Execution—The Remote Execution server, REXEC, allows a client user to send system commands to a remote server system for processing. When the REXEC server is running and receives a client request, it first validates the user profile and password and then runs the requested command; the results are returned to the client.

• Simple Mail Transport Protocol—The Simple Mail Transfer Protocol (SMTP) function is used to send and receive email with reliable, end-to-end mail delivery. The iSeries can be either an SMTP server or an SMTP client. SMTP provides functions that are similar to what SNADS provides for SNA networks; SMTP and SNADS can be tied together to support mail applications without knowledge of the network over which the mail is sent. SMTP uses the Mail Server Framework (MSF) on the iSeries to allow delivery of email to the desired mail application, such as Post Office Protocol (POP).

You can view and manage the HTTP server jobs as well as start and stop various instances of the Web server from the TCP/IP servers GUI. However, from this interface,

• Data Queue Server—The Data Queue server allows clients to access data queues on the iSeries server. A data queue is an object that is used by iSeries application programs as a way to communicate between jobs.

• File Server—The File server is used by Client Access to store and access files and programs on an iSeries. Client Access Express no longer uses the file server; it takes advantage of the AS/400 NetServer for its file serving support.

• Sign-on Server—The Sign-on server is used to perform user profile and password validation when a user is signing on to the iSeries while using Client Access functions. This sign-on validation includes dealing with user profiles that have expired passwords and allowing passwords to be changed during the sign-on processing.

• Multimedia Server—The Multimedia server is used for the Ultimedia System Facilities (USF) function within Operations Navigator. The multimedia support allows you to store multimedia data on the iSeries and use that data in your applications.

There are a lot of servers! While you may not need to use all these servers at this time, knowing what is available can help you determine whether there are servers and functions on the iSeries that you may want to take advantage of in the future. 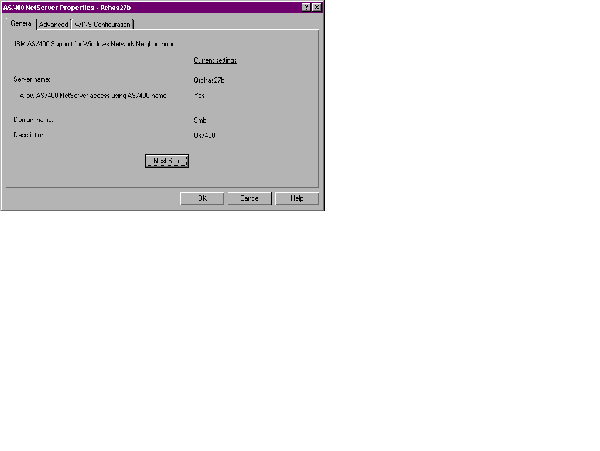 Figure 1: To change AS/400 NetServer properties, click the Next Start button.