Remember Y2K? Well, next Sunday seems to have a lot of people unnecessarily worried about the change in when Daylight Saving Time (DST) goes into effect.

I suppose if you are still running an iSeries with OS/400 V5R2 or earlier, you don't have DST support anyway, so you shouldn't be worried. It wasn't until V5R3 that IBM introduced DST to the iSeries world. The time zone system value (QTIMZON) specifies the name of the time zone description that is used to calculate local system time.

My System i5 system is running i5/OS V5R4. The QTIMZON system value is set to QN0600CST2. This is the Time Zone Descriptor that IBM created to indicate that we're at Zulu – 6 (this means I'm six hours earlier than Greenwich Mean Time). 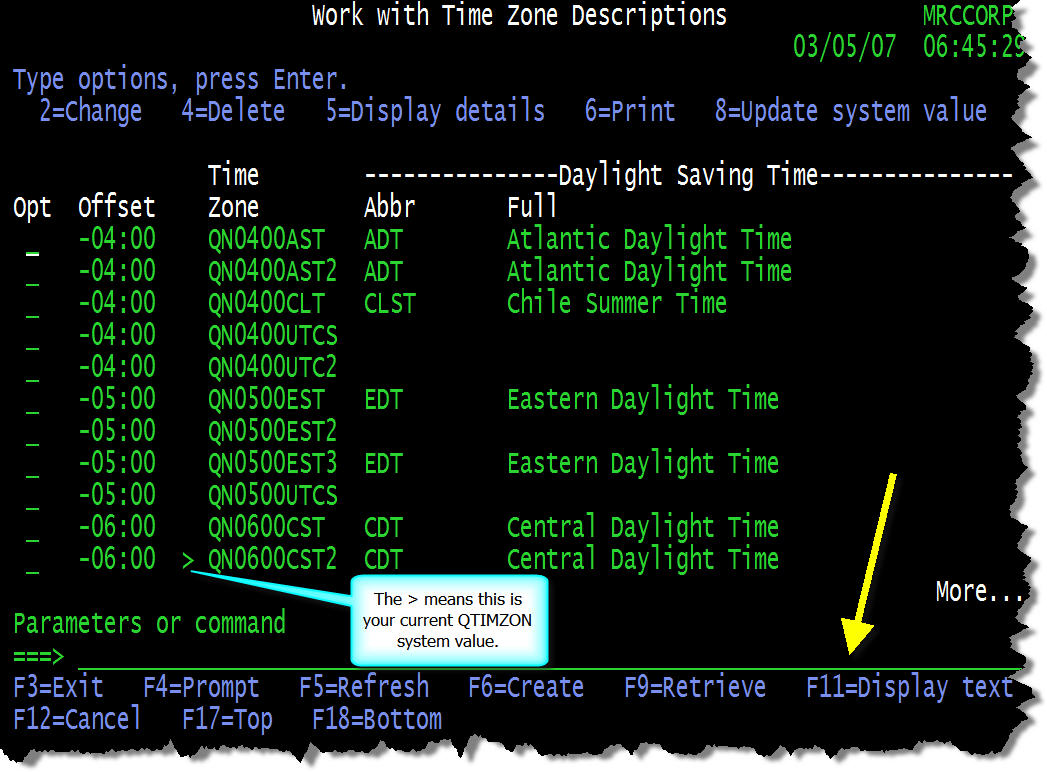 Figure 1: With the WRKTIMZON command, you can use the F11 key to toggle between displaying the DST descriptors only, standard time descriptors, or all descriptors. (Click images to enlarge.)

If you display the QTIMZON value, it will look similar to Figure 2 (shown on my machine): 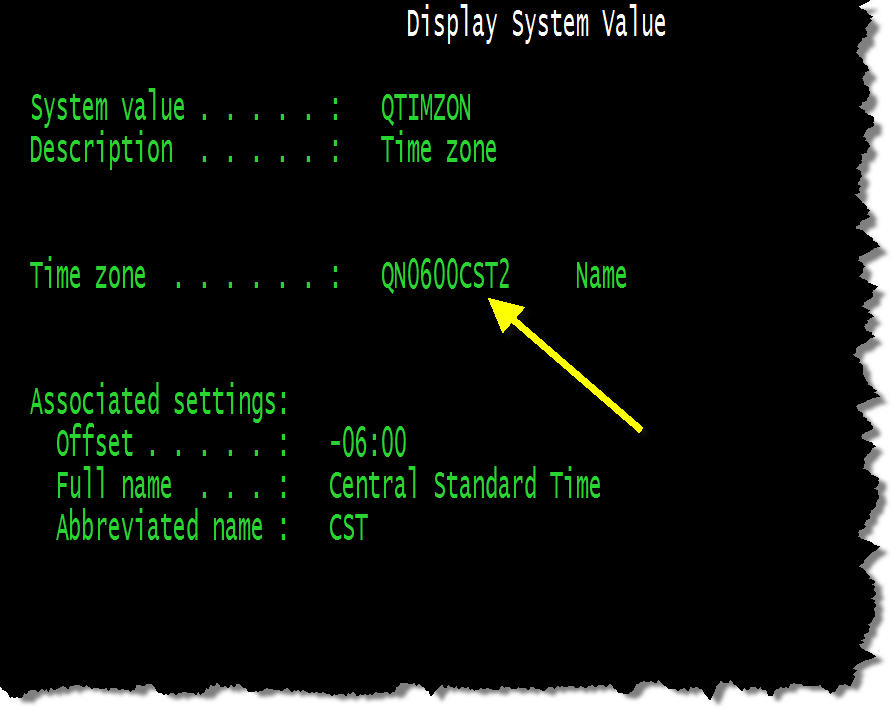 If you're on V5R2 and DST is important, you have to adjust your applications so that they access this kind of information via Internet Web sites, SOA, or another method. Or you may have to move to V5R3 or V5R4.

If you are running V5R3 or later, IBM has PTFs that will correct the change in DST duration:

If you're current on PTF packages, these PTFs are probably already applied to your system. If not, you need to make sure you get them installed in the next few days. Go to the IBM OS/400 and i5/OS DST PTF Web site to find out more about this issue.

To find out more about DST, visit the National Institute of Standards Web page on DST.

Normally, I would say, "Who cares?" But Java is finally becoming relatively useful. I now use it to send email responses to people who register on the discussion forum at RPGIV.com/forum, and it works well.

IBM's Java has all kinds of PTFs listed for DST support. Since the Java Developer Kit (JDK) is at various levels, there are various PTFs based on the JDK release and the i5/OS release you're running. Here's a short matrix; identify your JDK and i5/OS release and pull down the PTF(s) you'll need.

If you're using Unicode (most people are not, but some are), you need one of the following PTFs for your ICU DST (5722SS1 Option 29):

At the end of the day, you may forget to turn your clocks forward an hour ("spring forward, fall back"), but your iSeries should be keeping pace with the rest of the world, provided you've installed these DST PTFs.