With IBM’s recent announcement of AS/400 Portable Application Solutions Environment (PASE), which is the marketing name for the actual name Private Address Space Environment, many UNIX users and vendors are wondering whether or not their applications will run on the AS/400. That’s a good question. The short answer is probably, but, then again, maybe not. Don’t you just love a wishy-washy answer like that?

Unfortunately, that’s about as direct an answer as you can get until you begin analyzing each and every program you want to run in AS/400 PASE. That’s because moving your UNIX applications to the AS/400 is a bit more complex than just saving them on your UNIX system and restoring them to your AS/400. While this article cannot provide a detailed, step-by-step process for porting your individual UNIX applications to PASE, it does provide information you need to get started in determining whether or not your UNIX applications will work on the AS/400.

PASE is a UNIX runtime environment for the AS/400. Take note of the word runtime. PASE is not a UNIX operating system for the AS/400. What this means is that, with anywhere from very little work to a whole lot of work (depending on the requirements of specific applications), you can port existing UNIX-compiled binary objects to the AS/400 and run them on the PowerPC processor found there. These objects can integrate with the AS/400’s database and can take advantage of the AS/400’s Backup, Save, Restore, and Security functionality as well. What you cannot do is create and compile UNIX code into executable objects on the AS/400. For new UNIX applications or for modifications to existing UNIX applications, you need a UNIX environment running on another machine, such as a Sun Solaris.

One of the nice things about applications ported to PASE is that they can be fully integrated with the AS/400’s ILE environment. This is accomplished by using the same Call Level Interface (CLI) library for DB2/400 with PASE as the one supported for AS/400

ILE. This means that your RPG IV or COBOL programs can call and trade data with UNIX applications running in PASE. Keep in mind, though, that data sent from and returned to the UNIX applications is first converted to ASCII from EBCDIC. This can quickly lead to performance issues if your UNIX applications need to do a lot of data exchanges with ILE applications.

Before you can port your UNIX applications to the AS/400, you first need to know what, if anything, needs to be changed to make them work in PASE. PASE does not support all AIX runtime libraries, and, for those that it does support, it may implement them in a manner slightly different from what your UNIX applications may be expecting.

IBM provides a tool called the API Analysis Tool that you can use to evaluate the suitability of your UNIX applications for running on the AS/400. This tool, available from IBM’s Web site at www.as400. ibm.com/developer/porting/apitool.html, consists of two parts: a front-end and a back-end. The front-end portion is a UNIX script that you run on your UNIX machine to scan existing UNIX applications’ symbol tables using the UNIX dump command. The API Analysis Tool looks for interfaces (function calls) used by the applications. When you run the script, it produces a report that you then email to IBM for analysis (the back-end portion of the tool). Because you have to do this for every UNIX application you are considering porting to the AS/400, the idea of porting your entire UNIX suite of applications is somewhat less than appealing.

The table in Figure 1 is a subset of a table provided by IBM on its UNIX porting Web site. This table shows the supported UNIX standards as well as the OS/400 version and release levels they are supported on. The following is a summary of some of these functions:

• Network File System (NFS)—transparently shares file data in UNIX-based client/server applications (The AS/400 can be either an NFS server or an NFS client.)

• Environment variables—set environment parameters outside the scope of executing applications

For a complete list of supported UNIX functions, check out the IBM Porting Options and Sources Web page, the address for which can be found in the References and Related Materials section of this article.

There are a ton of these “little” modifications and fixes that you need to evaluate and implement before your UNIX applications will run without problems in PASE. Keep this in mind when deciding whether or not you want to get into the application porting business.

Beyond evaluating the specific function calls of your UNIX apps, there are other areas you need to consider before porting your applications:

• What AS/400 hardware will support your applications? In other words, if you port your UNIX software to the AS/400, which AS/400 platform can you market it to? PASE runs only on e-machines, so you can’t market your applications to users of older AS/400 systems.

• If you port your UNIX applications to PASE on the AS/400 and then upgrade the AS/400’s hardware architecture (not just a processor upgrade), those applications need to be recompiled on a UNIX platform and remigrated to the AS/400 after the upgrade.

• There are many, many other issues to consider before you can even begin to evaluate whether or not your UNIX applications would be a good fit for PASE. For example, do your UNIX applications depend on the setguid and setgid commands? If they do, you need to modify them to use the “swap” function in OS/400 V4R4.

• Were your applications coded in C? If so, you need to recompile them using AIX compilers (xlc or gnu).

• Do your UNIX applications use embedded SQL? If so, you need to extract the database logic and build stored procedures that you will then call from your PASE-enabled applications.

I could go on and on, but there’s just not enough room in any one article to cover every possibility. Each UNIX application you want to port to PASE requires extensive analysis both by you and by IBM before you can feel comfortable that everything will work the way you think it should. Again, make sure you visit IBM’s Porting Options and Sources Web page as well as the AS/400 PASE Web site for a complete listing of all the porting considerations.

PASE offers a lot of promise to traditional UNIX applications and software providers. It opens up a whole new marketing world to them and makes the concept of the AS/400 a lot more attractive to shops looking to consolidate systems. PASE could be just the shot in the arm the AS/400 needs to appeal to the UNIX community and make converts out of them as it has out of the rest of us. However, porting UNIX applications to PASE is not yet a straightforward process. But those vendors and programmers willing to invest the time and effort to make it a reality are going to find that the pot of gold at the end of the rainbow is just sitting there, waiting for them to pick it up. 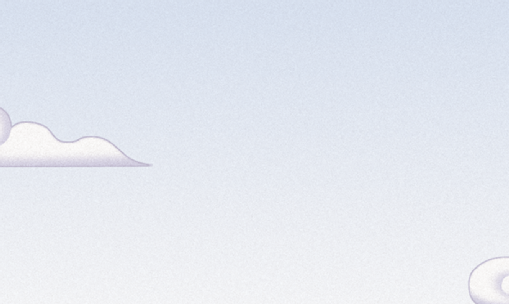 Figure 1: PASE supports these UNIX functions on the AS/400.

Shannon O'Donnell has held a variety of positions, most of them as a consultant, in dozens of industries. This breadth of experience gives him insight into multiple aspects of how the AS/400 is used in the real world. Shannon continues to work as a consultant. He is an IBM Certified Professional--AS/400 RPG Programmer and the author of an industry-leading certification test for RPG IV programmers available from ReviewNet.net.
BLOG COMMENTS POWERED BY DISQUS