Use context-specific prompting in WebSphere Development Studio Client to speed up your programming.

Have you ever forgotten the specific parameters required by an RPGLE function or a rarely used op code? Before you pull out the old RPGLE manual, there's an easier way. In this tip, I'll discuss how to use the context-sensitive prompting functionality built into WebSphere Development Studio Client and how to extend that functionality to make it even more useful.

The Key to Control

…or, more appropriately, Ctrl+Space. This is (literally) the key to the context-sensitive prompting functionality. When editing an RPGLE program, enter the first few characters of the op-code, free-format statement, or function name and press Ctrl+Space. Figure 1 shows an example of the prompt that is displayed if I start typing the letters "rea" and then press Ctrl+Space. 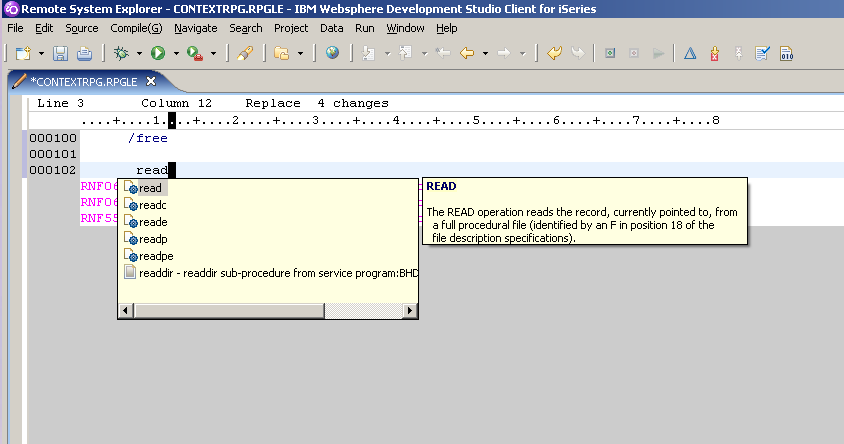 Figure 1: These prompts are displayed when you start typing "rea." (Click images to enlarge.)

Note that a list of matching free-format statements are presented. After selecting "reade" and pressing Enter, I begin to type "%kds" and again press Ctrl+Space. The prompt shown in Figure 2 is presented.

Figure 2: These prompts are displayed when you start typing "%kds."

Note that both accepted versions of the %kds built-in function are presented for selection. After I select the second option, which supports the additional parameter used to identify the number of keys to use, the statement line is updated, allowing entry of both parameters as shown in Figure 3.

Figure 3: The statement line allows you to enter parameters.

You'll also notice that the expected parameter values are highlighted as I type. This is the case with each of the IBM statements and built-in functions supported by the programming language being edited. I mention that because the context-prompting functionality also works in other languages, including RPG with embedded SQL as shown in Figure 4.

In this example, the UPDATE statement shows both a description of the SQL UPDATE statement and the additional SQL clauses to be used with that statement. The only drawback is that if you use any custom user-defined functions, those won't be included as part of WDSC.

If only there was a way to add your own functions to the context-sensitive prompting.... Oh, wait! There is!

In addition to the context prompt templates included with WDSC, you can also add custom templates for user-defined subprocedures and functions. The templates used for context-sensitive prompts are accessed by going to the Preferences dialog off of the Window menu in WDSC. The window shown in Figure 5 is displayed. 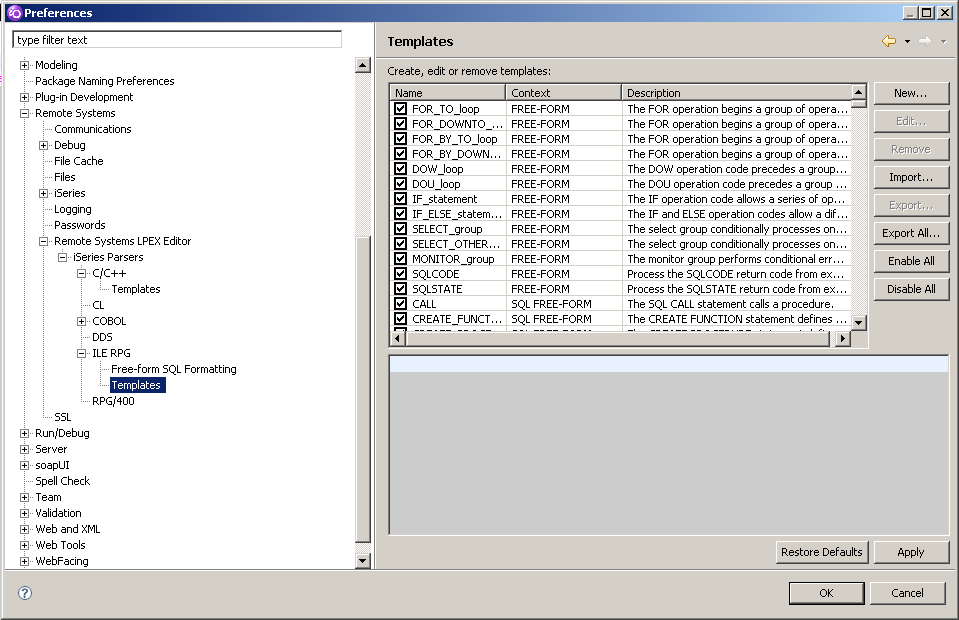 Expand the tree displayed on the left side of the screen until you get to the Templates item under Remote Systems LPEX Editor/iSeries Parsers/ILE RPG. Note that the list on the right includes both the built-in IBM statements and functions along with any user-defined subprocedures or functions that have been created. To create a new template, click the New button on the top right side of the window. The dialog in Figure 6 is displayed. 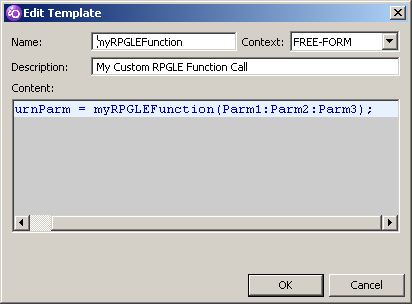 On this dialog, the Name value is used as the trigger for the template when you press the Ctrl+Space keys. The Context drop-down box allows you to identify whether the template is relevant to free-format RPGLE or SQLRPG. The Description text box is used to create the help text that is displayed when the context prompt for this template is displayed. The lines displayed in the Content area of the dialog are used to define the lines of source to be inserted into the code when the template is selected. Note that you can add multiple lines of code for a single template. This means that you can actually use this functionality to create templates for blocks of commonly used code to speed up your programming tasks.

Whether you're using built-in functions and statements or accessing user-defined subprocedures, or even if you're just creating templates for chunks of commonly used code, utilizing context prompting can help you do your programming tasks with many fewer keystrokes and much better accuracy.