One of the first and best of the System i plug-ins for WDSC, this extension provides some basic features missing from Remote Systems Explorer.

The Remote System Explorer (RSE) extensions from Softlanding include a number of nicely written tools that fit very well into the RSE feel. As we'll see, that has its pros and cons. But the plug-in works as intended, and it's perhaps one of the best examples of a well-written, professional plug-in.

You start out by going to the plug-in download page at SoftLanding. You'll be asked to fill out a fairly standard download registration form, and then you can download the installer and run it, which will put information into a folder on your hard drive. What happens next depends on your setup; if you have WDSC V6, the installer will actually try to use Windows registry entries to determine where to install itself. I don't know how well that works, but nobody seems to have had any great problems.

If you have WDSC V7, though, it's an extra step, but it may be more familiar to you if you've installed other plug-ins. From the main menu, select Help > Software Updates > Find and Install... and then use the Install wizard to locate the SoftLanding plug-in software and install it into your workbench. The SoftLanding site has good instructions to walk you through the process, so I can move on to what the product does.

Using the Plug-In (1): The Subsystems

The plug-in has what I would consider to be three facets. It has a couple of extensions to the basic RSE view, which include both a messages subsystem and a spooled files subsystem that appear under each connection. Each subsystem comes preconfigured with a filter to look at your own data so that right off the bat you can view the messages and spooled files for the currently logged on user for that connection. 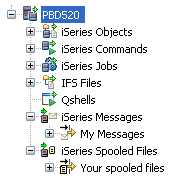 Figure 1: These are the iSeries Messages and iSeries Spooled Files subsystems expanded.

This is perhaps the most useful part of the plug-in, and it's quite impressive in its breadth.  First, you can expand either My Messages or Your Spooled Files (not sure why one is "My" and the other "Your," but that's inconsequential). These subsystems may seem simple, but they provide a wealth of capabilities. 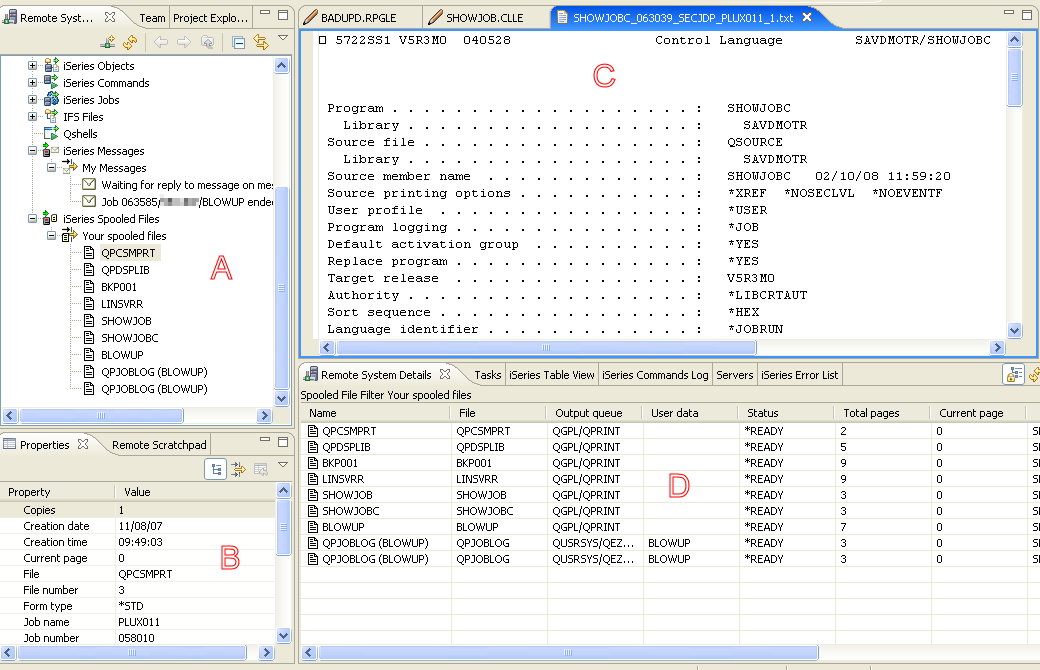 Figure 2: The RSE extension has many capabilities.

In Figure 2, you can see many of these features in action. For example, in section A, you see the My Messages and Your Spooled Filed subsystems expanded. Expanding one of these subsystems causes the tool to go up and fetch the contents of the specified message queue or the appropriate list of spooled files. If you click on a message or spooled file, the properties of that object show up in the properties view (section B in this case). If you double-click on a spooled file, it will be converted to a text file and displayed in the editing pane (section C). And if you don't like the tree view (for example, you have lots of entries and you'd rather not page through them all), you can right-click on either type of filter and display it in a table view, as shown in section D.

All of this should be very familiar not only to WDSC users, but even to Eclipse users just becoming comfortable with WDSC or the System i, because they use standard Eclipse conventions. For example, the tables are sortable on every column (this is a particularly nice feature for spooled files). This isn't always perfect; some things that are Eclipse-standard aren't always intuitive. For example, once you've displayed a list of messages, you have to refresh the view to see new messages. It's understandable, but it confused me a little bit at first.

Even more useful than the stock filters is the fact that, like other RSE subsystems, you can easily create your own filters. The filters for the RSE extensions allow you to view messages for other users or see the contents of an output queue. 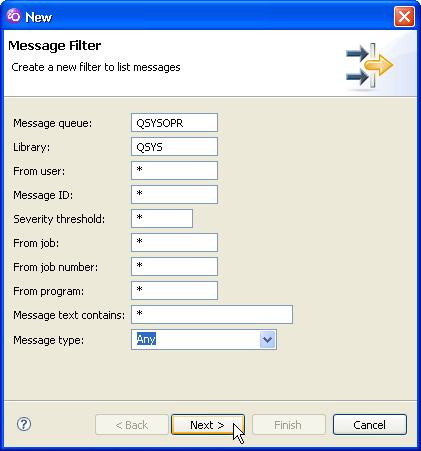 Figure 3: These parameters are required to set up a filter for QSYSOPR messages. 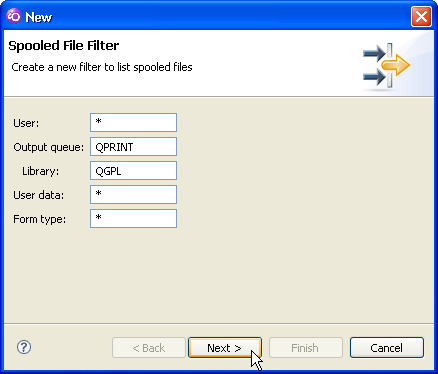 Not all features are perfectly implemented. For example, there's an option to subset the table. You can enter, say, some specific user data, and only the spooled files with that user data will be displayed. However, if you switch to the table view for messages, you won't see any, because messages don't have the user data attribute, so none match. You have to go back to a list of spooled files, clear the subset attribute for user data, and then go back to the message list, and they will appear. Nothing earth-shattering, and for the price, it's a quibble.

The iSeries editing perspective is a nice feature. It basically removes as much of the auxiliary information from the workbench as possible. Views are changed to "Fast Views" and thus hidden from view unless needed, and the editing panel takes up nearly the entire workbench. It's a great technique. I should think so! I showed you how to create your own nearly identical perspective in a video tutorial here on MC Press Online, which is actually a reprise of the technique I first published in WDSC: Step by Step. It just goes to show that great minds think alike <smile>.

These last features are interesting, and while I don't use them a lot, they're great to have when you need them. The change data area feature allows you to view a data area and then change it if necessary. Simply right-click on the data area and select RSE Extensions > Change Data Area. Up comes a prompt screen that shows you the data and allows you to modify it. 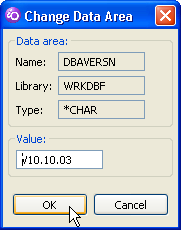 It won't handle hex data, of course, but then again CHGDTAARA isn't exactly the best at that, either. And for a free tool, this feature is nice to have in your arsenal.

The errors or omissions I found in this tool were at best quibbles, and given the fact that SoftLanding is giving the tool away for free, I would rate it about 9 out of 10. I only wish more people in the community had time to build these sorts of extensions.