Ever get irritated while traversing long paths in the IFS root file system? Create a shortcut to get there faster--and learn a little UNIX to boot.

UNIX practitioners know that the ln -scommand generates a symbolic link, a shortcut to a file or file path. On iSeries, the command is available through Qshell.

ActualFilename is the name of the file that is to be linked to, and LinkFileName is the shortcut's name. 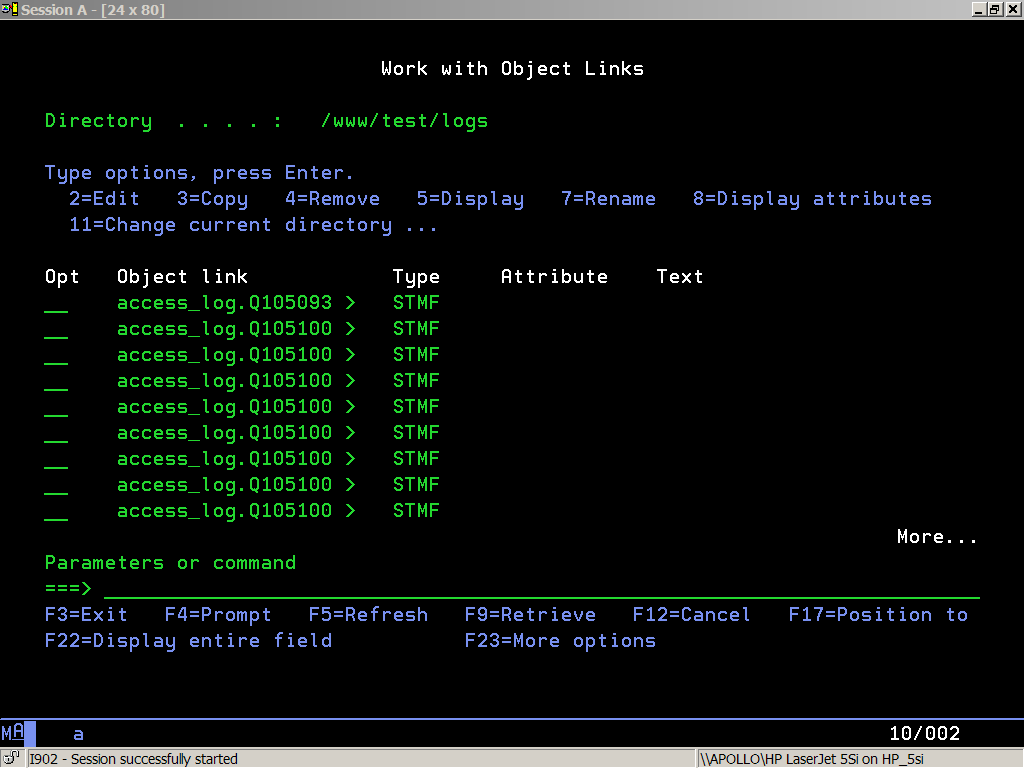 Use qsh to launch the Qshell command line:
qsh

Now, view the logs again with a much shorter path, /tlogs:
wrklnk '/tlogs'
Success! Figure 2 shows that the shortcut gives the same result as the longer path did in Figure 1. 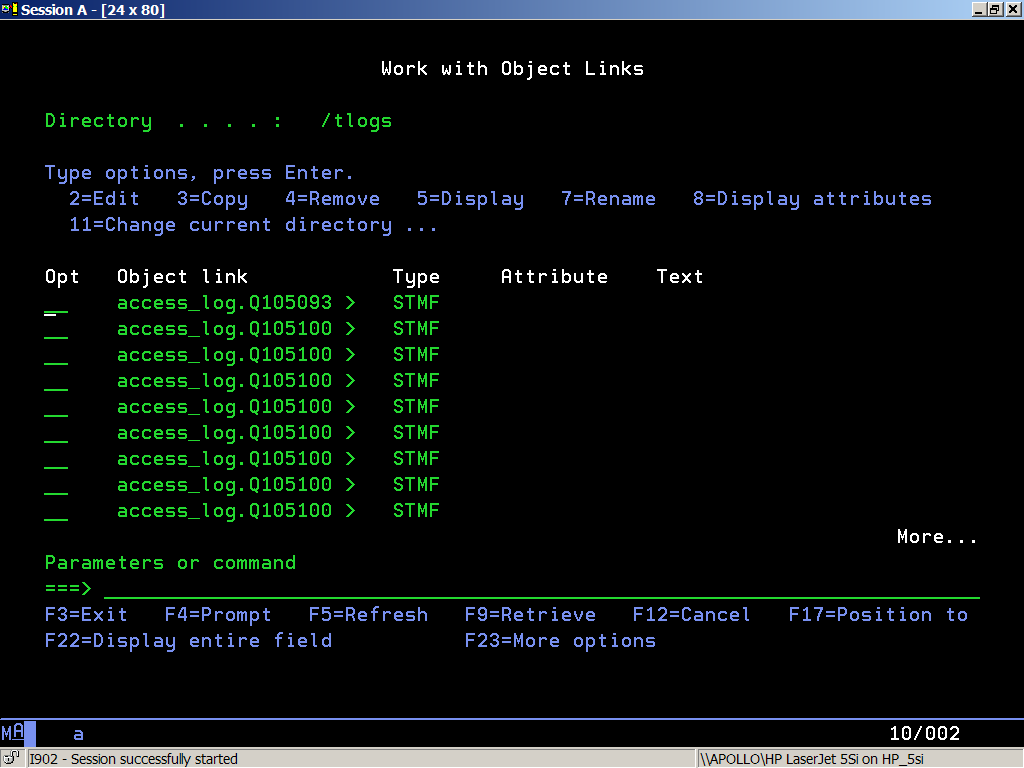 The root-level shortcut /tlogs can also be viewed from other IFS interfaces, such as iSeries Navigator, as shown in Figure 3.

Figure 3: These views show the original path, /www/test/logs, and the shortcut path, /tlogs, from iSeries Navigator.