The ability to use Java classes from an RPGLE program can open up a whole new world of capabilities. One big reason Java classes are such a great option is the number of open-source Java classes available to give you the ability to do things like create PDF files or access Microsoft Office documents. The challenge to accessing these classes in your RPGLE programs can be translating the prototypes for the required Java classes into a compatible RPGLE prototype. The good news is that WebSphere Development Studio Client (WDSC) will do all of the hard work for you. In this tip, we'll explore exactly how to do this.

Calling Java methods from within RPGLE programs is really no different from calling other prototyped procedures. The key is getting the prototype for the call. Fortunately, WDSC offers a wizard to simplify that process. To access that wizard, open the source member for the program that needs to call the Java method (I'll leave it up to you to decide whether that source member is the actual program that needs to call the Java method, or a /copy or /include member that only contains the prototypes). Next, go to the Source menu and select New > Java Method Call as shown in Figure 1 below. 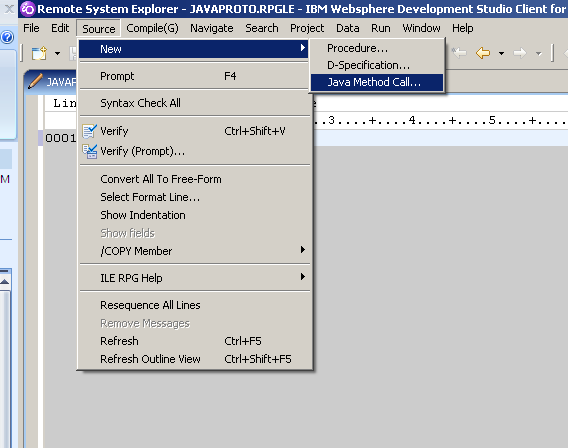 This will launch the Java Method Call Wizard as shown in Figure 2. 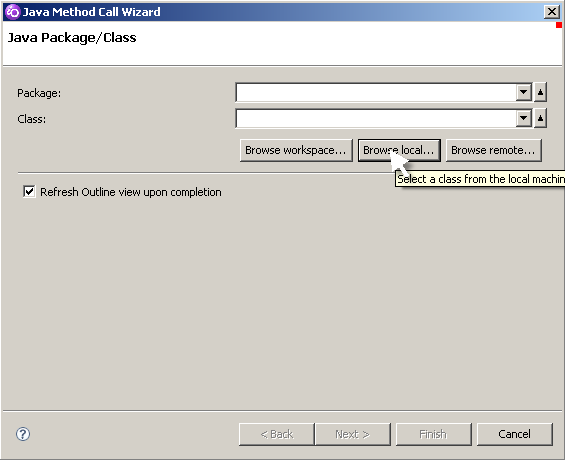 Figure 2: The wizard is launched!

Now select the Browse Local button to locate the .jar file containing the Java class that includes the method to be called. In Figure 3, I've located the Java archive for iText, which can be used to create and update Adobe PDF documents. 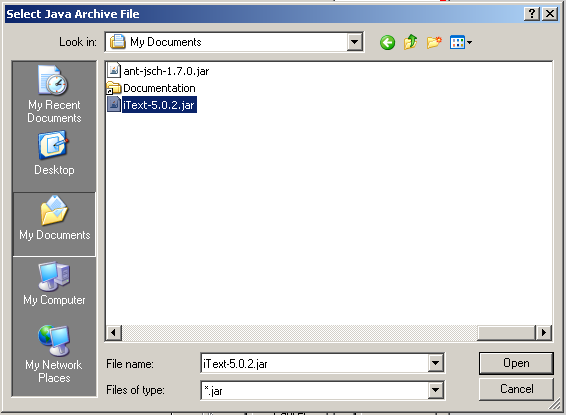 From the screen presented in Figure 4, expand the group next to the newly added .jar file to locate the class containing the method to be called. 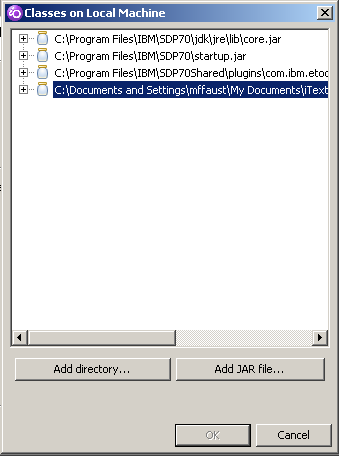 In this case, I've selected the Document class under com.itext.pdf. After selecting the class, a list of available methods is displayed as shown in Figure 5. 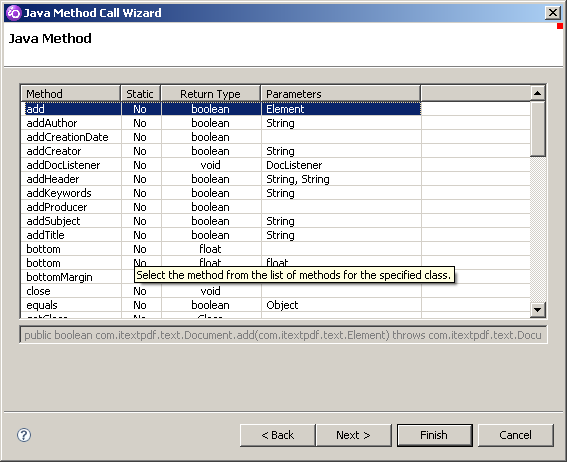 In this example, I've selected the add method of the Document class. Next we're presented with a prompt that allows us to select which version of the constructor method to use for the Document class (Figure 6). 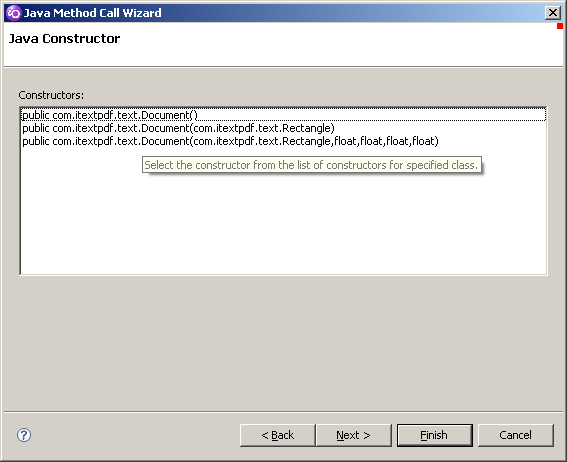 Figure 6: Select which version of the constructor method to use.

Click the Finish button to complete the wizard and to create the definitions for the Java method call. Figure 7 shows the source code that is generated as a result of this. 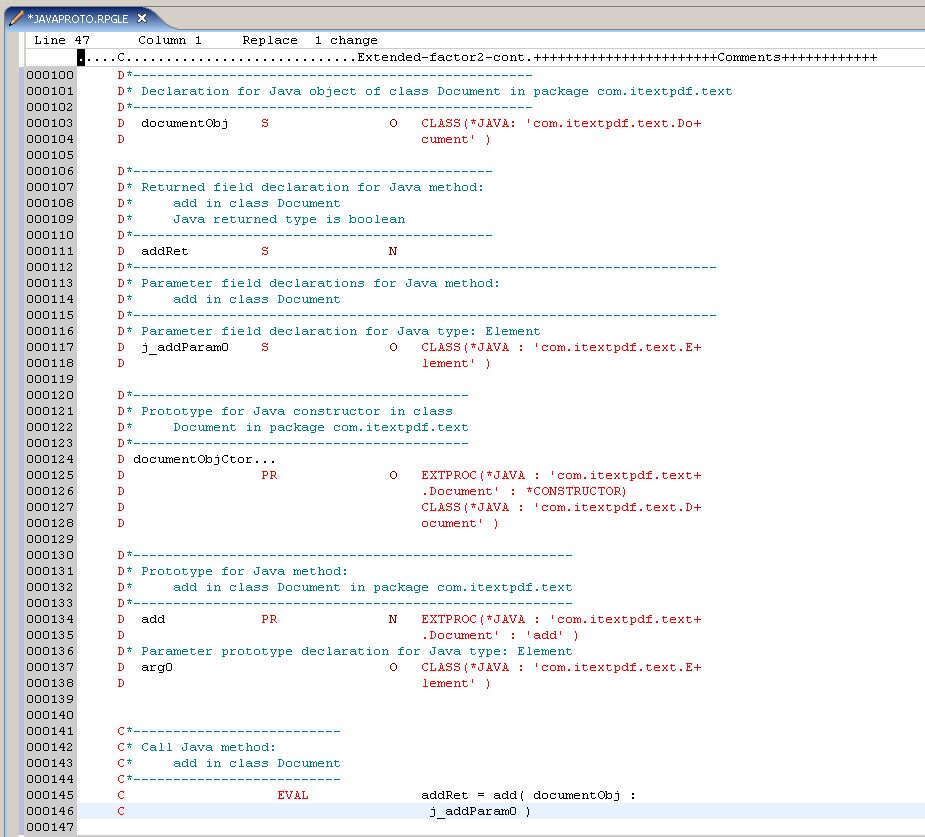 Note that we've created not only the prototype of the method call for the specified add method, but also definitions for other variables, objects, and methods required to use the add method. The wizard has also generated a link of sample code that illustrates how to call our Java method.

I hope I've helped to illustrate that the process to create prototypes for Java method calls is relatively simple. At the same time, it can open up a whole new powerful world of application development choices for your RPGLE programs.