Knowing your way around a debug source and knowing how to set and remove breakpoints is very important, but sometimes you need more than that. That’s where watch conditions come into play.

The watch condition monitors a variable through the content of a storage address, computed at the time the watch condition is set. When the content at the storage address is changed from the value it had when the watch condition was set, the program stops. The same thing occurs when you tell the debugger to continue the execution (I’ll explain this later), and the value of the watched variable changes again. To put it in another way, once you put a watch on a variable, whenever that variable’s content changes, the program stops, relinquishing control back to you.

There are a few more important facts you need to be aware of when it comes to watches:

Having said all of that, it’s time to show how to add and remove watches. As with breakpoints, there’s more than one way to do it. Let’s start with the debug command: Simply type watch <variable name> followed by Enter, and a watch will be set for that variable, saving the current content of <variable name> for later comparison. You can also position the cursor on top of the variable you want to watch (in the Display Module screen) and press F17.

When it comes to removing watches, you can press F18 in the Display Module screen or type WATCH and press Enter. Note that I didn’t specify any parameters. Either course of action will cause the Work with Watch window to pop up. In this window, similar to the Work with Module Breakpoints window, you can use option 4 to remove a watch. Finally, the CLEAR debug command can also be used for watches; simply type CLEAR WATCH <watch number> to remove a given watch. (Watch numbers can be obtained in the Work with Watches window.)

You’re probably wondering if you couldn’t simply use CLEAR PGM to nuke breakpoints and watches at the same time. The very smart people at IBM decided (wisely, if you ask me) that this would be a very bad idea, so you need to use CLEAR WATCH ALL instead to remove all the debug session’s watches. Note that it’s also possible to display details about a watch in the Work with Watches window by using option 5. Something similar to Figure 1 will be displayed. 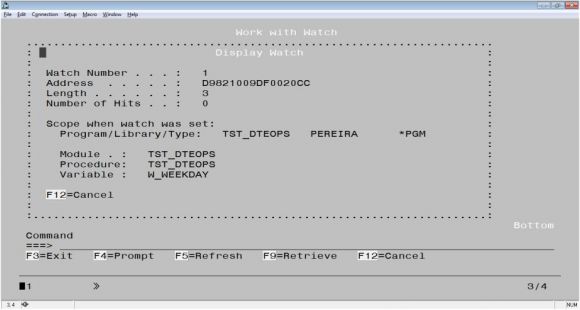 Figure 1: Watch-related information, obtained via option 5 of the Work with Watch window.

This is nearly all the theory you need to know about the ILE debugger. The next logical step, which we’ll begin exploring in next month’s TechTip, is to start working with the real thing. For now, feel free to comment, suggest, or share your experience in the Comments section below or in the LinkedIn groups where my articles usually pop up.