Time to turn a new page and start a new subseries in which I will discuss a few ideas about UI. Let’s start by contextualizing the topic and explaining some important aspects.

I’m also thinking about including a brief explanation of RPG Open Access and some tools that use this great RPG enhancement to facilitate the modernization of a legacy application’s UI. Let’s start with a simple question that has a somewhat complicated answer:

Why Separate the UI Code from the Rest?

One of the many advantages of coding in a modular and structured way is being able to reuse code. This is great, especially because you probably have a lot of programs that have common code when it comes to UI, database access, or business logic. These three things form layers in most of your programs. Isolating the code related to these layers is usually not an easy task, especially if you’re not used to it. Earlier in this series, I proposed a Lego-like solution, which is the core concept around a good and proper ILE program: there are modules and/or service programs for each layer, and a “main flow” module handles the user interaction and controls the main flow of the program.

Now it’s time to take the next step and explain how you can use this layering to modernize your UI. It can be a lot of work, but it has several important benefits:

Building Your Programs the Modern Way

In a typical Old Problematic Monolithic (OPM) program, all the functionality is contained in the same source file. This means that all the user interaction, database operations, and business logic are intertwined in an OPM piece of code. I’ve been preaching (and showing) the virtues of ILE. The modularization approach I’m about to show you is a step toward code and UI modernization. This approach assumes three things:

The typical OPM program is self-contained, or almost self-contained if it eventually calls some helper programs as explained way back in the series. ILE programs, on the other hand, are made of many building blocks (functions and procedures) glued together by a “main flow” module, the backbone of an ILE program. From a structural point of view, it’s important to have the code well-organized in order to achieve maximum reusability and optimized maintenance. Figure 1 shows how, conceptually, an ILE program should be structured. 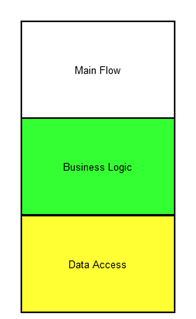 Figure 1: The ILE program concept is a multi-tier architecture implementation.

In this multi-tier architecture implementation, a program is composed of blocks arranged in three tiers or layers:

In the next TechTip, we’ll apply this conceptual approach to a practical situation. Until then, feel free to comment, question, and share your experiences in the comments section bellow.