There's no need to be afraid. Learn how to use RPG to load and extract binary data to and from DB2 BLOB columns.

While vampires and zombies are all the rage these days, menacing invaders from outer space used to be the fright night monster du jour. Remember The Blob starring Steve McQueen? While this terrifying, bubbly alien may conjure up images of panic-stricken people running frantically through the streets, the database BLOB is actually something that should be…well…embraced!

Don't worry. The database BLOB bears little resemblance to the giant glob of goo that terrorized a rural Pennsylvania town and devoured its victims. The database version is a built-in DB2 data type that allows you to store vast amounts of unstructured data as a single entity in a column. In fact, the LOB portion of the name stands for Large Object. There are actually three different types of LOB data types in DB2:

In this TechTip, we focus on the BLOB, a data type that gives you a centralized, secure place to store your PDF files, your presentations, even your important spreadsheets and documents!

Think about that for a moment. Instead of storing these types of binary files on multiple PCs throughout your network, a shared PC/file server, or even the Integrated File System (IFS) of the IBM i, you can tuck them neatly away in your DB2 for i tables! Want to tidy things up and get organized? Store the sales invoice image in the same row as the sales transaction! Have a bunch of employee resumes in PDF format? Keep them in the Human Resources table along with all their other employee personnel information. Still not convinced? Then consider these additional advantages:

Creating a Table with a BLOB Column

Now that you're a BLOB believer, the first step is to create a table with a BLOB column. Because there is no DDS support for LOB data types, this can be done only by using SQL Data Definition Language (DDL). In the following example, you create a three-column table to hold the document identifier (DOCID, which can be used as a unique or primary key), the document title (DOCTITLE), and the binary document itself (DOCBLOB, the BLOB column):

Now that the table has been created, you're ready to insert rows and load your documents into the BLOB. An easy way to set the stage for this is to first move your documents to a holding directory on the IFS. From there, they can be loaded directly into the table. This process is illustrated in Figure 1 below, where the files are first copied to the IFS directory /home/2011_Data/ and then loaded into the table. 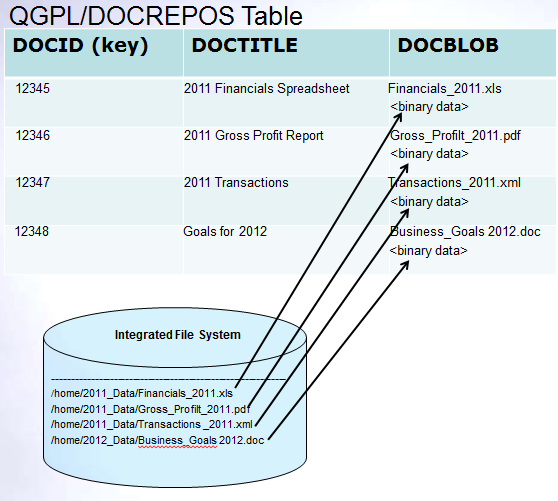 Figure 1: Load documents from IFS into the BLOB.

So how do you do this? Does moving data into LOB columns mean you have to write utility routines, code to complex APIs, and create a bunch of host variables? Nope! A simple RPG program will do the trick! The following SQLRGPLE example reveals just how easy it is.

In this program, you assign the document title, open/read the file located on the IFS, provide the name and length of the location of that file, and finally issue the SQL insert statement to add the row to the table.

To understand this better, let's examine what happens during the SQL precompiler process. Notice the first line in the example program above (the BLOB_FILE data type definition for the variable MYFILE). This variable is translated by the SQL precompiler into the following data structure:

Four special suffixes are appended by the precompiler to the variable name to form four additional fields. These are referred to as LOB file reference variables, and they can be used in your programs to facilitate the movement of LOB values to and from the table:

_NL—Length of the file name


To instruct the program to open and read a file on the IFS, you simply set the file option variable to a value of 2 (for SQL_FILE_READ). Next, supply the name of the file's location on IFS, as well as the length of this name. Finally, issue the INSERT statement to add a new row to the table. During the insert process, the referenced file in the IFS will be copied into the BLOB column. So easy!

So now the binary data is safely tucked away in the BLOB. What happens in the future when you need to access the data in the BLOB? You simply write the file back out of the IFS. Just use the appropriate file options to instruct the program to go the other direction. The following RPG example does just that.

In this example, you set the file option variable to SQL_FILE_OVERWRITE, assign the value and length of the name of the target file, and finally specify an SQL SELECT to find the row with the binary data you're looking for. When the SQL statement is executed, it creates a new file on the IFS named /home/2011_Data/Financials_2011.xls. If that file happens to already exist in that directory, it's overwritten with the data from the BLOB column. Hmmm…so in effect the database BLOB will devour the existing spreadsheet. On second thought, maybe it does have some of the same characteristics as "The Blob"! Run for your lives!!

LOB columns are a great way to store large amounts of unstructured data, whether they're in textual or binary format. They provide a mechanism for storing these types of data sources in an organized and secure manner; and by using the file reference variables available in the SQL precompiler, it's extremely easy to load and extract this data to and from LOB columns. I strongly encourage you to give BLOBs a try in your shop. However, if custodians start mysteriously disappearing…