The popular wisdom states that to forget the past is to be condemned to repeat it. In software development, it seems we never forget the past; therefore, we continually try to support it. Too much time and too much effort are expended making static, ugly Web sites that can be viewed by 2.0 and 3.0 browser versions. I’m going to make the argument that we abandon support for older browsers.

Of course, it helps to define the terms. In Internet time, an old browser is one that has been in general release for over a year. There was a time in software development cycles when we would maintain backward compatibility with software that was less than three years old. But like the Titanic, that ship has sailed. The Internet’s gravitational vortex has caused a rift in the software development continuum. We must accelerate our adoption of new technologies lest we be sucked into a black hole of mediocrity.

Face facts: Static is out, and active is king. The most interesting and trafficked sites are using dynamic hypertext markup language (DHTML), JavaScript, and Macromedia Shockwave/Flash animation to create an interactive experience that will lure visitors to their wares. This type of content keeps the visitor at the site, engaged and awed, and imparts the message that the Webmaster is trying to send. This content also generates email to friends and coworkers that says, “Hey, check out this cool site.”

Even if you’re not trying to sell a product, active content should rule. Think how much easier it would be to explain how the company 401(k) plan works if you could use animation, sound, voice-overs, and other interactive candy. Active content is the key to traffic, and traffic is the gauge we use to measure the success of a site.

Let me explain how this article came about. My company decided to create a Web site so that people could purchase and navigate the data we create directly over the Internet. My company tracks who advertises in newspapers, and we have a lot of data on our AS/400 that people would like to be able to browse. We got together with marketing and designed a plan of attack so that we could let more people know about what we do, give away information as a loss leader in order to generate traffic, and, ultimately, expand our customer base.

During early design, we were concerned about browser compatibility. We wanted a site that could publish our statistics, but it had to be intuitive and easy to use; Internet users are not going to call for support. If they don’t know how to get your product, they’ll just leave your site—and you’ll lose a sale.

Marketing wanted to make sure that every possible client could purchase and view our data, so they put up a persuasive argument that we needed to support all Web browsers to reach the maximum potential customer base. With that in mind, we decided to create a site that would be viewable no matter which level of browser the client was using. This was the beginning of a torturous period of my life.

In order to create a site that looks good with older browsers, the development team had to dumb down some of the techniques we wanted to use. Techniques that might have made the site easier to navigate and more intuitive to use were sacrificed to the god of compatibility. Frames were dismissed from thought, as were JavaScript menus and pop-up windows. The result was a site that was static and ugly, just like the majority of sites already out there.

Why did we start with grand ambitions and end on the HTML garbage heap? We sacrificed to the god of compatibility. Just how many people are using older browsers anyway?

I did some digging on the Web and found a wealth of data from the University of Illinois, Urbana-Champaign (www.cen.uiuc.edu/bstats/ latest.html), which has been recording which hosts have hit its servers since March 1996. Because they are counting hosts, not hits, the numbers represented are browsers, not people or hits. There is some chance of underreporting of browsers in terminal server or large UNIX environments, but it’s good enough to get a general feel for browser utilization. The numbers that I quote in the following paragraphs (which are represented graphically in Figures 1 through 3) compare the month of May for years 1996 through 1999.

In May 1996, 83 percent of the browsers that hit the servers were Netscape Navigator, but fledgling browser Microsoft Internet Explorer (IE) garnered 9.5 percent. The rest were NCSA Mosaic, Spyglass, and a host of others as the browser market was extremely fragmented. It is interesting to note that Navigator Version 2 was released in March 1996 and that, by May, 59.9 percent of Navigator users had upgraded to Version 2 and 8.3 percent of Navigator users were on the 3.0 beta.

Analyzing these numbers uncovers the following tidbits:
• As of just a few months ago, 2.7 percent of all browser users were using a browser other than Navigator or IE.

• IE has a larger share of users than Navigator.
• The share of users using Version 3 browsers is rapidly declining.
• Most browser users upgrade to new versions quickly.

To Boldly Go Where No Site Has Gone Before

Where do all of these numbers lead? With the facts I gave in hand, the following questions are easier to answer:

Q: Should we develop our site using client-side JavaScript? A: Yes. Less than 2.7 percent of the browsers are questionable as to their JavaScript support. By avoiding the few incompatibilities between Navigator and IE, you can easily create interactive content that will be accessible to most users.

Q: Should we take advantage of DHTML in our Web design? A: Yes. Taking into account the version upgrade rate that is evident, it is reasonable to assume that, by the end of 1999, most serious Web users will be using Version 4 and above browsers. Although Navigator does not completely implement the DHTML standard, you can use the cross-platform DHTML features to create exciting, dynamic content.

Q: What about using Macromedia Flash to include animation, interactive menus, and such on our Web site? A: Most definitely! Netscape now ships the Shockwave plug-in with its browser. Microsoft’s support for ActiveX component downloading and automatic installation take the headache out of third party plug-ins. Shockwave is now the standard for streaming animation on the Web.

Q: If we use the latest technologies, won’t we alienate customers who have not upgraded to a newer browser? A: The trend is that Web users quickly update their browsers to the latest version. What probably drives this trend is that users go to sites and discover that they cannot experience the content because of browser limitations. By developing new content using the latest browser features, you will be driving the upgrade cycle. Wouldn’t you rather be driving the upgrade cycle than riding it?

I recommend that you use JavaScript as the minimum for driving interactive content. All Version 3+ browsers support JavaScript, so it is a pretty safe bet. Another reason to use JavaScript is that it is easier to learn than the full Java language, but it will give you and your team a good introduction to the language. There are a lot of good JavaScript resources on the Web with ready-made interactive code for you to borrow. JavaScript will also give you the background you need to investigate JavaServer Pages (JSP) or to use Active Server Pages (ASP) for server-side scripting.

DHTML is still not fully supported on Navigator, but it probably will be in early 2000, so why not jump ahead of the competition? As more sites take advantage of DHTML, either Netscape will be forced to support it, or users will continue to migrate to IE in order to experience the content.

Shockwave is another way to generate interactive content. With 147 million browsers capable of showing Flash and Shockwave content, I’d say this one is a safe bet

also. You can generate some fantastic stuff, and I urge you to surf some of the incredible “Shocked” sites at www.macromedia.com.

Finally, I’ll let you in on what my company is doing. After finding out where the browsers really are, we redesigned our site using Flash, JavaScript, and DHTML. The result is a fantastic experience for our potential customers, and so far, we have had no complaints from Version 3 users about compatibility issues. The resulting site is easier to navigate and understand, and it conveys my company’s message better. And that translates into sales, which impacts the bottom line.

Figure 1: Between 1996 and 1999, browser use shifted from Netscape Navigator to Microsoft Internet Explorer. 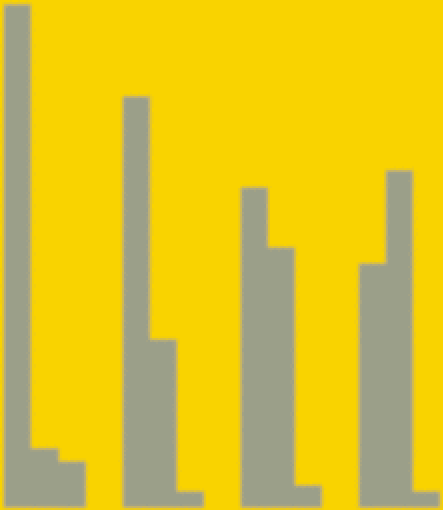