(Editor’s note: This article was originally published in the February/March 2000 issue of AS/400 NetJava Expert.)

Extensible Markup Language (XML) is a markup language used to describe other markup languages. XML allows custom tags to be defined for a document for the purpose of describing the document’s data and structure in a meaningful schema. The XML tags do not say how the data is to be presented but instead say what the data is. Because the goal of XML is to keep the content separate from the formatting, information exchange between databases and different applications is possible.

Cascading Style Sheets are a simple styling language that allow a style to be attached to the elements or tags within a Web document. They consist of a collection of rules that determine how the text and graphics, the data, will be displayed on the Web page by the browser. CSS function like the style sheets found in most desktop publishing programs.

I will show you how to use CSS to format an XML document as shown in Figure
1. This example uses a personnel file containing three records. This personnel file is stored using XML markup. In order to display this file in the browser, as would be typical on a company intranet, it is formatted with CSS. A working example can be found at www.wwwsights.com/articles/css_xml/personnel.xml. Remember, you need an XML- capable browser such as Microsoft Internet Explorer 5.0 to view this example.

An XML document contains user-defined tags. These tags or elements are the selectors to which a style sheet is applied in a separate CSS document. Figure 1 shows how the XML

The next element in the XML document is title (Figure 2, Section C). It has several styles applied to it (Figure 3, Section B). You can see how the words Associates Inc. are displayed at the top of Figure 1.

The element employee is used three times in the XML document (Figure 2, Section
D). Several styles are applied to this element (Figure 3, Section C). Notice in Figure 3, Section D, that the elements employee, name, position, salary, address, phone, and email are grouped so that the same style display: block is applied to them all. Setting the display property to block inserts a line break after each element so that the information is displayed vertically.

The name element (Figure 2, Section E) contains four child elements: last_name, first_name, middle_name, and gender. These elements will be displayed inline, or horizontally, which is the default. They will inherit their styles from their parent,

. They will also inherit styles from employee and personnel (Figure 3) as styles are passed down the hierarchy.

The position and salary elements (Figure 2, Sections F and G) are assigned unique styles (Figure 3, Sections G and H). They will also inherit styles from employee and personnel (Figure 3).

The Style Sheet Must Be in a Separate Document

CSS rules are applied to an XML document in the same way as they are to an HTML document, with a few exceptions. In the HTML document, a style sheet rule can be applied in any of these three ways:

• Linked to a separate file with a .css extension (an external style sheet)

In an XML document, the style sheets cannot be in the same file. They must be defined in a separate document.

The Style Sheet Is Linked by an XML Processing Instruction

In an XML document, the code would be written as follows:

The HTML equivalent would be the following:

Also, as in HTML, you can add a title attribute and have multiple alternative styles. But, unlike with HTML, you cannot use capitals for any XML syntax. Remember, an XML document conforms to certain rules and, in XML, all tags and attributes are lowercase.

In an XML document, the code would be written as follows:

The HTML equivalent would be as follows:

The CSS Display Property Must Be Set

In HTML, the tags often carry some formatting information. For example, a

tag indicates that there is a line inserted before and after the content. XML document markup contains no styling information. The tags are purely semantic. Therefore, the most important information for an XML style sheet to contain is the display property. The display property can be set to either inline or block. An inline display means that the elements are displayed one after another, horizontally across the document, similar to a tag in HTML. A block display means that there is a line break before and after the element, similar to a

tag in HTML. All XML elements will be displayed inline by default unless specified otherwise.

The Style Sheet Is Applied to an XML Element Selector

The Selector Must Be Lowercase

CSS is easy to use and easy to learn. CSS, however, is only a formatting language that attaches style properties to the elements of a source document. CSS lacks transformation facilities such as the ordering and sorting of data.

XSL consists of two parts: transformation and formatting. XSL is meant to be used for tasks such as sorting parts of a document, generating reports, and reordering data. XSL looks very different from CSS, but, when it is used for formatting, it will use the CSS property names and values. Knowledge of CSS is valuable for using XSL.

“Use CSS when you can, use XSL when you must,” says the W3C (www.w3.org/Style/CSS-vs-XSL). Depending on the situation, CSS may be the appropriate choice. 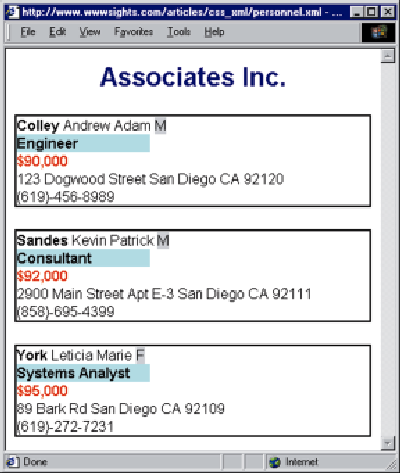 Figure 2: The XML document personnel.xml contains user-defined tags that describe the meaning and structure of the data.

Figure 3: The style sheets are applied to the XML elements in the document personnel.css.