Carol provides the second part of a two-part article on the security enhancements introduced in V7R2.

Last month, I covered the auditing, password composition rule, and other miscellaneous enhancements provided in V7R2. This month, the focus is on the security enhancements associated with DB2, specifically Row and Column Access Control (RCAC).

RCAC brings the security implementation more into line with other DB2 implementations and provides administrators with a way to filter what information is available without having to develop and manage logical files. As one might imagine from the name, there are two aspects to RCAC—what can happen at the row level and what can happen at the column level. At the row level, you can select which users (or groups) see which records. The column controls allow you to mask data or show the entire field. For example, users belonging to the HR group get to see full Social Security numbers, but everyone else sees a masked value. We'll talk more specifics in a minute, but this gives you an idea of the functions of each. If it's not obvious, let me say that this is powerful stuff. However, it does take significant planning before implementation. So the focus of this article is to help you understand the implications of and plan for the security aspects of an RCAC implementation

Before you can implement RCAC, BOSS option 47 - IBM Advanced Data Security for i must be installed. This is a no-charge option, but it must be installed for you to configure or use RCAC. Next, someone must be assigned the Security Administration function usage or QIBM_DB_SECADM. That last sentence probably makes no sense, does it? Let me back up and explain. There's a function within iNavigator called Application Administration. To reach it, launch iNavigator and right-click on the system name. From there, choose Application Administration. Once that's launched, you'll see three sections of Application Administration; the one we're interested in is under the Host Applications tab. The Host section allows you to give access to perform certain functions—in this case, the ability to administer RCAC. Cursor down to the Database Security Administration line and press the Customize button. See Figure 1. 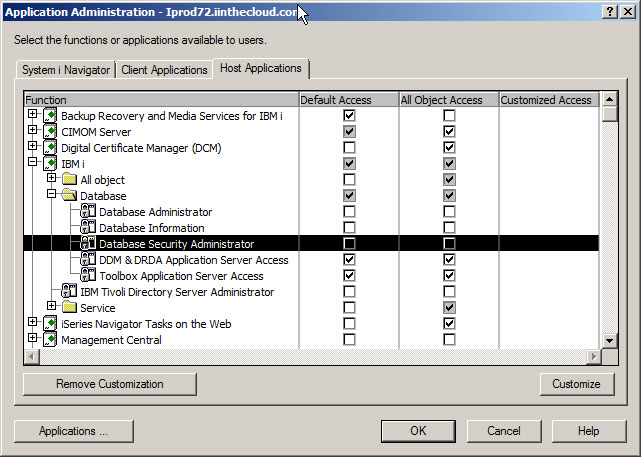 Figure 1: This is the Application Administration's Host Applications tab.

As you'll see in Figure 2, under the "Access" heading there are two checkboxes. If you check the "Default access" box, then anyone can manage RCAC. The only time I can even imagine checking this box is on a server that's truly a sandbox system and contains no production data. Otherwise, leave it unchecked. The other checkbox says "Users with all object system privilege," meaning any user with *ALLOBJ special authority. So here's the interesting thing. If you leave the *ALLOBJ box unchecked, users with *ALLOBJ will not be able to administer RCAC. Think about that for a moment: this provides you with a way to separate database access administration from your system administrators. You'll need an administrator (someone with *SECADM special authority) to give the QIBM_DB_SECADM function usage. But once you've done that, if you avoid giving QIBM_DB_SECADM to your system administrators and they're not authorized through RCAC, they will not be able to see the contents of the database file. Clearly, you'll want to monitor who has been given the QIBM_DB_SECADM function and what the settings are (that is, whether *ALLOBJ users have been given access). (As a side note: You can use the SkyView Risk Assessor product reports to see lists of each function (including QIBM_DB_SECADM) and the users assigned.) 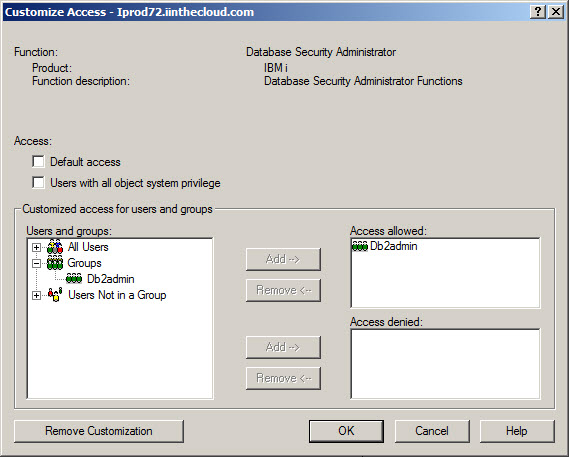 Once you've given the appropriate users Database Security Administrator function, you're ready to give RCAC a try.

RCAC is not a replacement for the traditional object-level security settings; rather, it's the second pass in the process of the system determining the user's access to the data in the file. Therefore, even if users have been granted permission through RCAC, they must first be able to pass the test of the regular IBM i authority-checking algorithm. Object-level security is in effect regardless of how the data is accessed, and the same is true for RCAC. Once RCAC is activated on a file, the row permissions and column masks are in effect for every access method—ODBC, FTP, DDM, commands such as Run Query (RUNQRY) and Update Data (UPDDTA), and via SQL statements—which is the behavior you'd want and expect. But the access you may forget to consider in your planning is access via normal application interfaces such as a green-screen menu. Because—as I stated before—once activated, RCAC is in effect regardless of how the data is being accessed. Before I discuss some specific considerations regarding this functionality, let me provide you with an example:

Now let's look at the things you need to plan for when considering this example:

Column masks do exactly as the name sounds: they allow you to mask data in a column based on some criteria. The column mask capabilities are quite flexible and powerful, but for this article I've chosen a very simple example. If users are members of the CUSTSERV group, they'll see the last four digits of the Social Security number. If not, the field will be blank.

Defining row permissions and column masks is done strictly through SQL. While there's an indication when you run Display or Edit Object Authority (DSP/EDTOBJAUT) commands that RCAC is active on a file as shown in Figure 3, there's no command that allows you to modify or even display the permissions or masks. That's strictly done through the Row Permissions and Column Masks functions in iNavigator under Database>Schema. Or you can display them by querying the QSYS2/SYSCONTROLS catalog through iNavigator's Run SQL Scripts function. 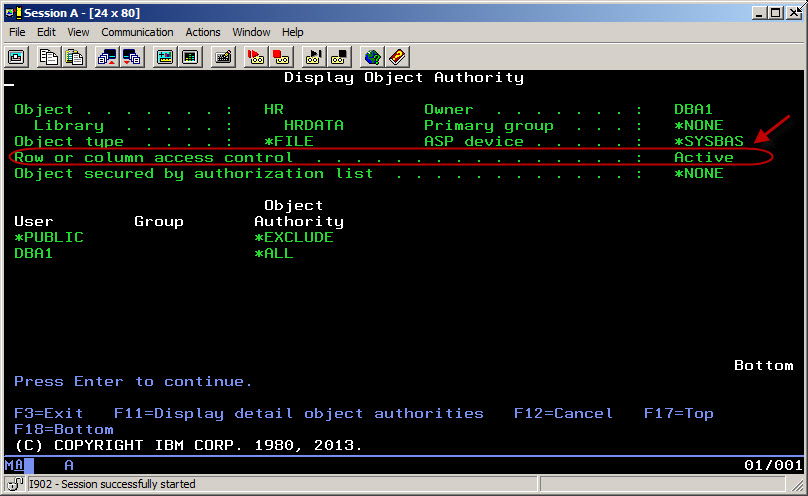 A new audit entry type, AX, has been added to log the creation, removal, enabling and disabling, etc. of row permissions and columns masks. Included in the audit entry is the SQL statement used to define the permission or mask. The new entry has also been added to the Copy Audit Journal Entry command to allow you to easily query the IBM i audit journal for these types of entries.

When planning for the implementation of RCAC, another point to consider is the save/restore issues you can encounter. For example, the save operation will not work for a target release of a previous version (that is, a release prior to V7R2) if row permissions or column masks have been defined. They will have to be removed by someone granted the QIBM_DB_SECADM function to have a successful save to a previous release. Another scenario you can encounter is when you save a file with activated RCAC controls and you restore it to a V7R2 system that doesn't have Boss option 47 installed. In this case, all attempts to open the file will fail. The resolution is to install IBM Advanced Data Security for i or have someone with QIBM_DB_SECADM function deactivate the row permissions and column masks.

My discussion has focused primarily on the security aspects of RCAC, but there are others—such as performance—that you'll want to understand and consider as part of your planning. Here are some references to help you:

RCAC provides you with options for adding another layer of protection to your IBM i data beyond what regular object-level authorities provide. However, RCAC is not something that should be implemented without planning and testing for potential side effects. A thorough understanding and a lot of planning need to occur before rolling out an implementation of this new V7R2 feature.

Many thanks to Theresa Euler, Scott Forstie, and Jeff Uehling—all from IBM Rochester—for their contributions to this article.

Carol Woodbury is President and CTO at DXR Security, a company dedicated to helping organizations improve the security of their IBM i Systems - one step at a time. Previously, she was Vice President of Global Security Services for HelpSystems and President of SkyView Partners, a firm that specialized in security services and security administration and compliance software before it was acquired by HelpSystems. Carol's foundation of security experience comes from her 16 years with IBM in Rochester, Minnesota, where she served for 10 years as the AS/400 Security Architect and Chief Engineering Manager of Security Technology for IBM's Enterprise Server Group. During that time, Carol provided security architecture and design consultations with IBM Business Partners and larger AS/400 customers.

Carol is known worldwide as an author and award-winning speaker on security technology, specializing in IBM i security issues. She has authored six books on IBM i security. Carol holds the CISSP, CRISC, and PCIP security certifications and has been named an IBM Champion since 2018.