Carol explores the pros and cons of using authorization lists to secure IBM i objects.

To best explain what an authorization list is, let me present a scenario. I have a finance application, and at the end of the month a file is created by the manager to summarize transactions. Several batch jobs run that update the file. Once all of the end-of-month jobs have run, a handful of people from the finance department need to download the results into spreadsheets. No one else should have access to this file.

I don’t need to have an authorization list to solve this authorization puzzle. I can grant these authorities to the following profiles and life is good:

Then, using the EDTAUTL command, I’d grant the same authorities listed above to the FINANCE authorization list. See Figure 1.

Figure 1: Use EDTAUTL to authorize profiles to the FINANCE autl.

Each month, when the manager creates the new file, all that needs to happen is that she attaches the authorization list to the file:

Then she points the *PUBLIC authority of the file to the authorization list (unfortunately, you can’t do this at the same time you attach the list):

Later, if you determine there are other files that have these same authority requirements, you repeat the same process: Associate the file (or other object) with the authorization list, and set the *PUBLIC authority to come from the autl. You can also secure IFS objects with an authorization list. Here are those commands:

Regardless of where the object is located, the result is that whatever authority the profile has to the FINANCE autl is the authority to the objects attached to the authorization list.

This scenario greatly simplifies the management of the authorities to these files, but I can simplify it even further by using a group profile. If I create a group profile called FINDWNLOAD and make the FINANCE1, 2, 3, 4, 5 profiles a member of that group, I can replace those users’ authority to the autl as shown in Figure 2. 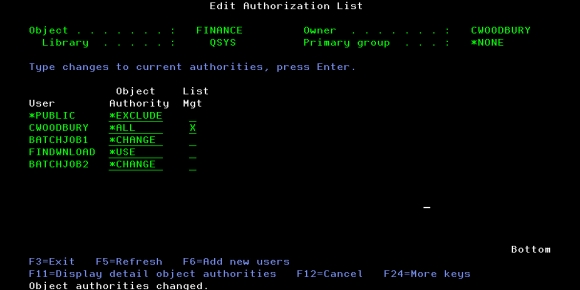 Figure 2: Profile’s authority has been replaced with authority to their group.

This step simplifies the maintenance even further because the manager no longer has to remember to modify the authority to the authorization list when FINANCE1 leaves the department and is replaced by FINANCE53. Just place FINANCE53 in the FINDWNLOAD group and those users will have the authority they need.

In addition to simplifying the management of authorities, perhaps an even bigger benefit is the fact that you can affect the authority of a *FILE object that’s in use. In the previous example, if the finance manager was still granting private authorities to individuals and a new member joined the team, she would have to wait to grant the authority to her new team member until the file wasn’t in use. The operating system prevents you from changing the authority of a file that’s open (that is, in use.) Any attempt to add a new authority or remove or modify an existing authority times out (fails). If, however, the file is secured with an authorization list, you can manage the authorities to the list even when the file is open. This means you don’t have to end an application to be able to manage authorities as long as its *FILEs are secured with an authorization list.

QSYS2.Authorization_list provides the list of objects secured by this list. This is one of my favorite SQL views because of the speed at which the information is returned as compared to the corresponding CL command. If you have ever run the Display Authorization List Objects (DSPAUTLOBJ) command for an authorization list that secures lots (as in thousands) of objects, you’ll know that the results can take a significant length of time to be displayed. Using this view returns the list of objects for a specific authorization list very quickly, especially compared to DSPAUTLOBJ. See Figure 3 for an example of the output. 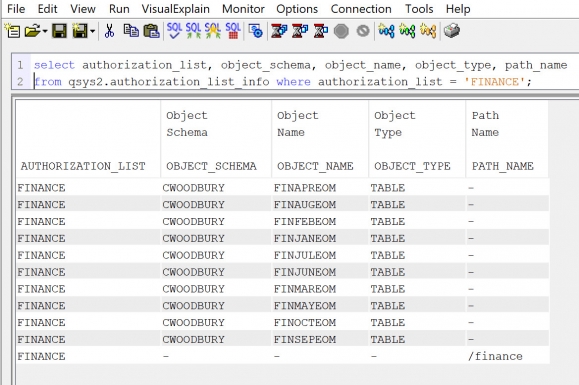 Another benefit of using this view is that it includes any IFS objects that are secured by the autl, unlike the output from DSPAUTLOBJ.

I find authorization lists to be an under-used feature of IBM i security. I hope that this article will help you find ways to make use of this feature, allowing you to start saving time administering your IBM i security authorities.