Data discovery is a lot easier if you're using the right tools the right way.

Editor's note: This article is an excerpt from the new book Data Governance Tools by Sunil Soares (MC Press 2014).

Data profiling is the process of understanding the data in a system, where it is located, and how it relates to other systems. This process includes developing a statistical analysis of the data such as data type, null percentages, and uniqueness. While there might be some nuances, we will use the terms "data profiling" and "data discovery" synonymously.

In the absence of tools, data analysts have historically resorted to the use of SQL queries to discover and profile data. Data profiling tools can automate a number of tasks associated with data governance.

The first step in any data profiling exercise is to conduct an analysis of the columns. In Figure 5.1, IBM InfoSphere Discovery displays a column analysis for the HQ_EMP table. The column analysis displays basic metadata about each column, as discussed below (not all metadata is shown in the screenshot): 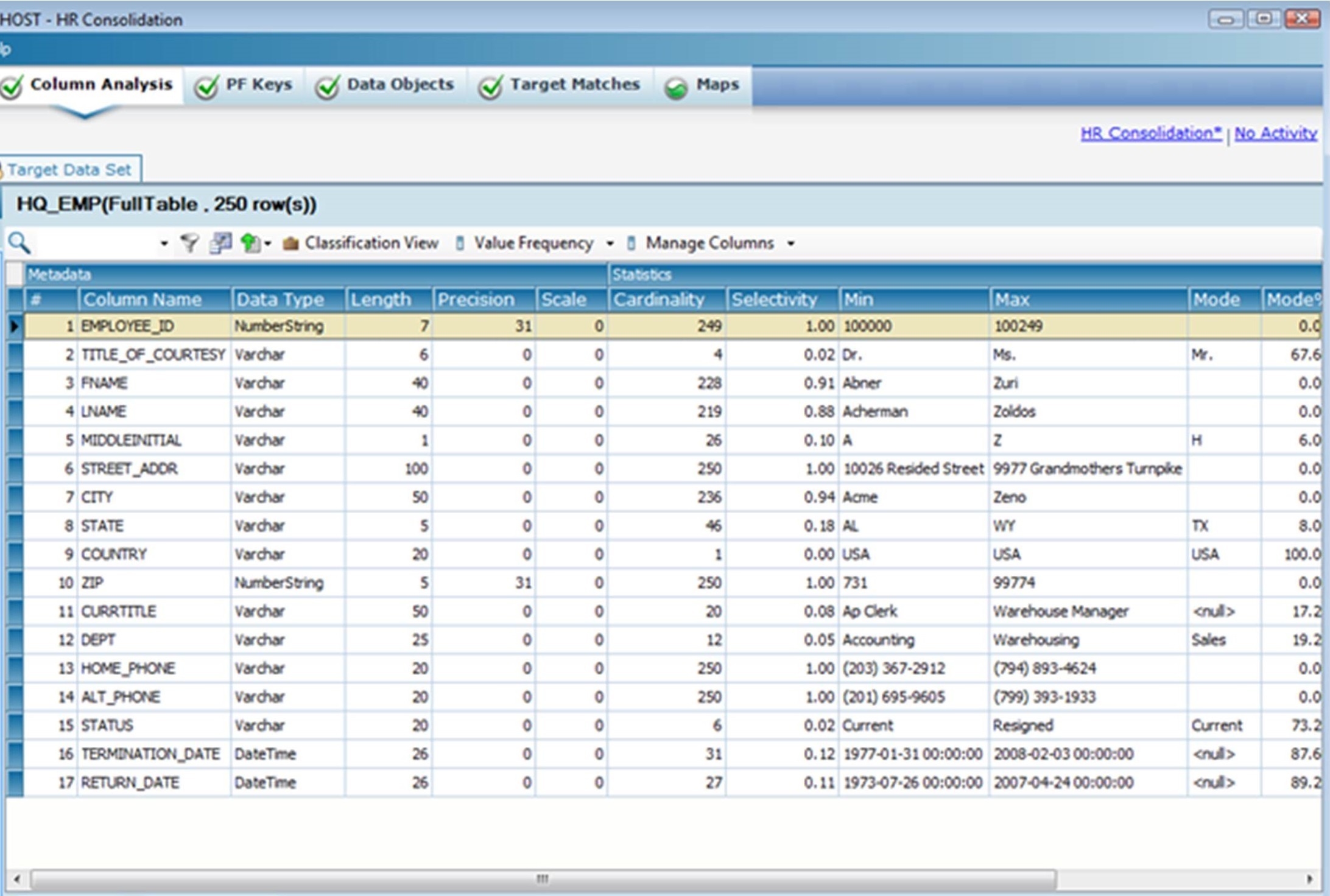 Discover the Values Distribution of a Column 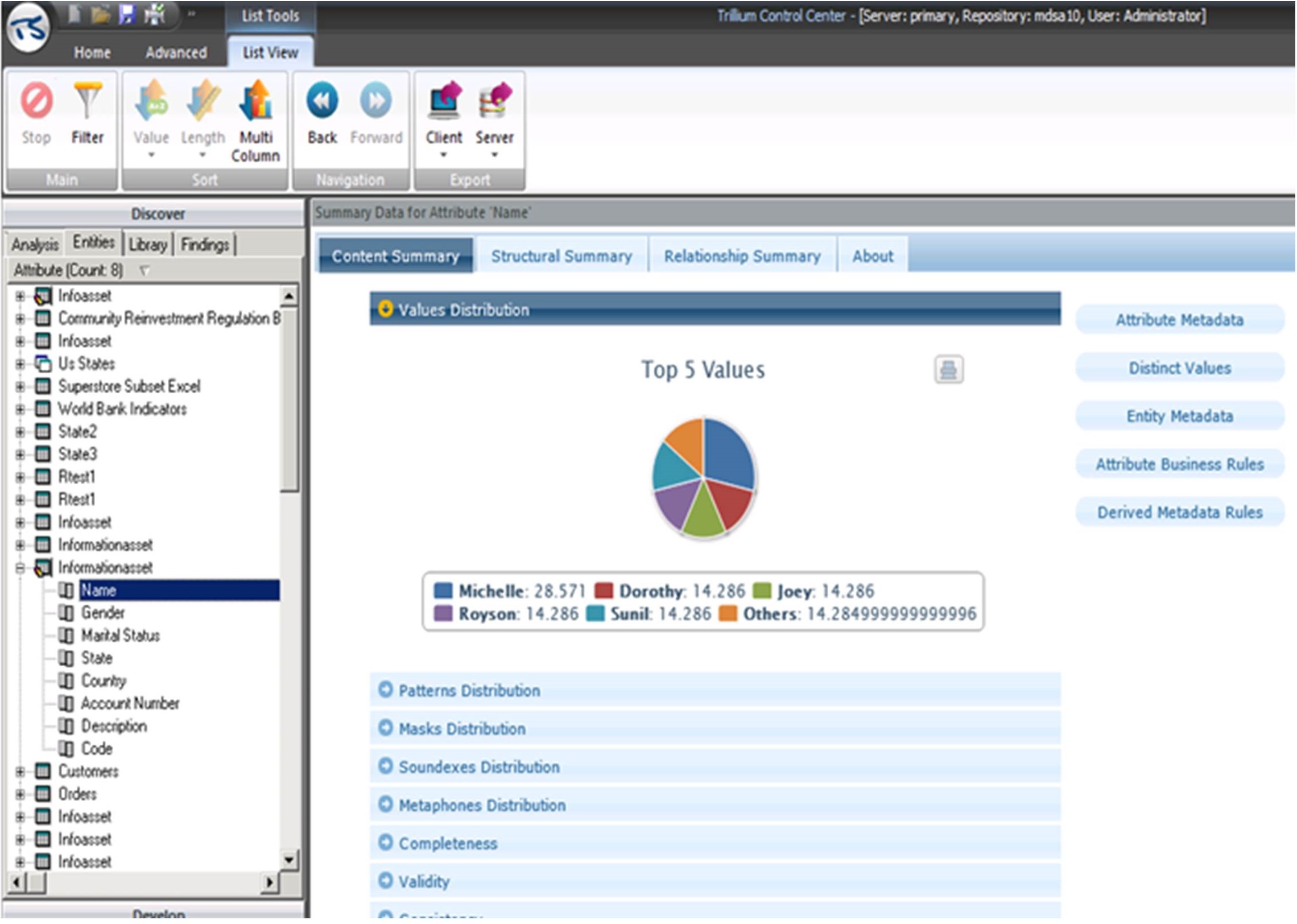 Figure 5.2: The Values Distribution for the Name column in Trillium TS Discovery.

Discover the Patterns Distribution of a Column 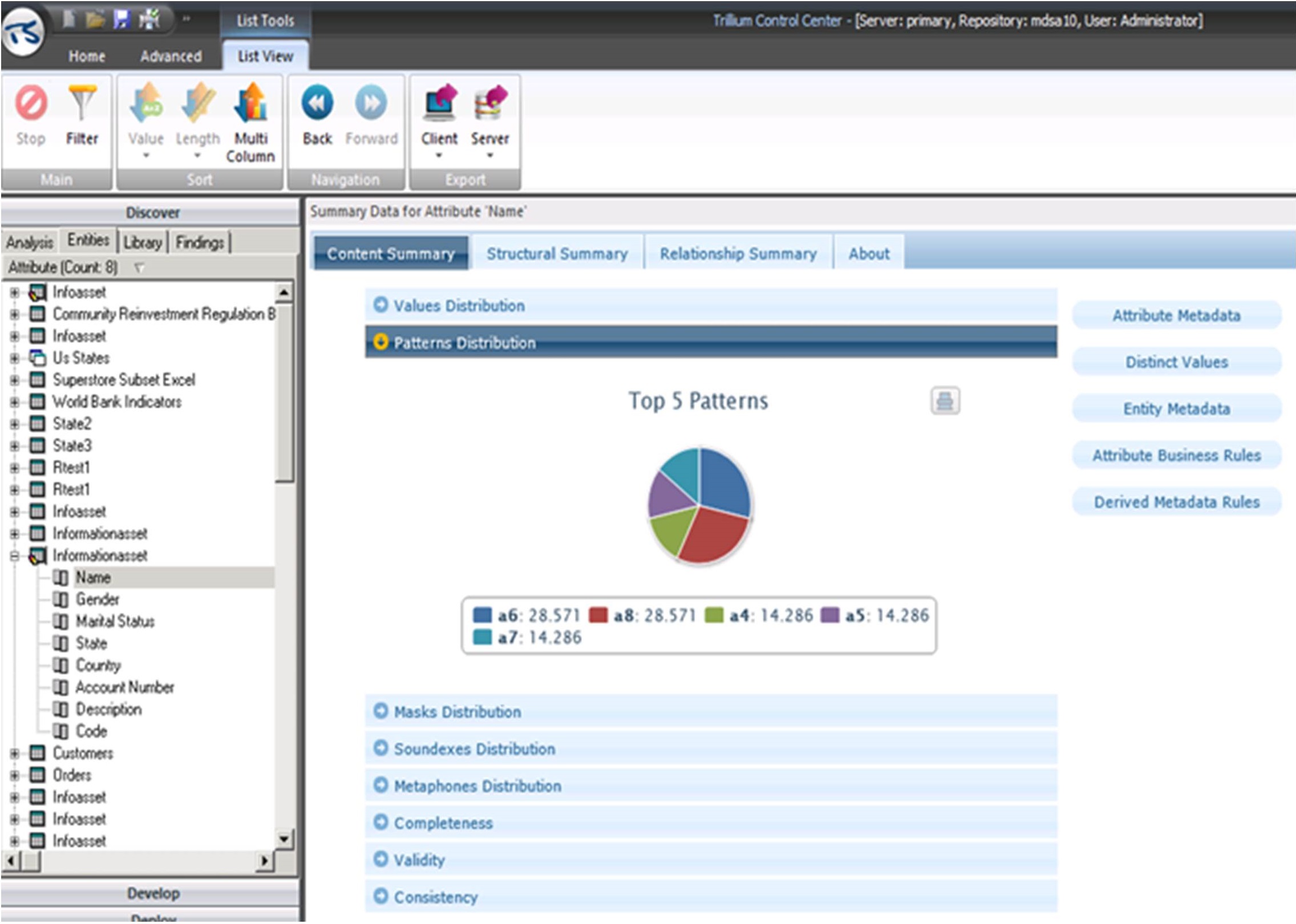 Figure 5.3: The Patterns Distribution for the Name column in Trillium TS Discovery.

Discover the Length Frequencies of a Column 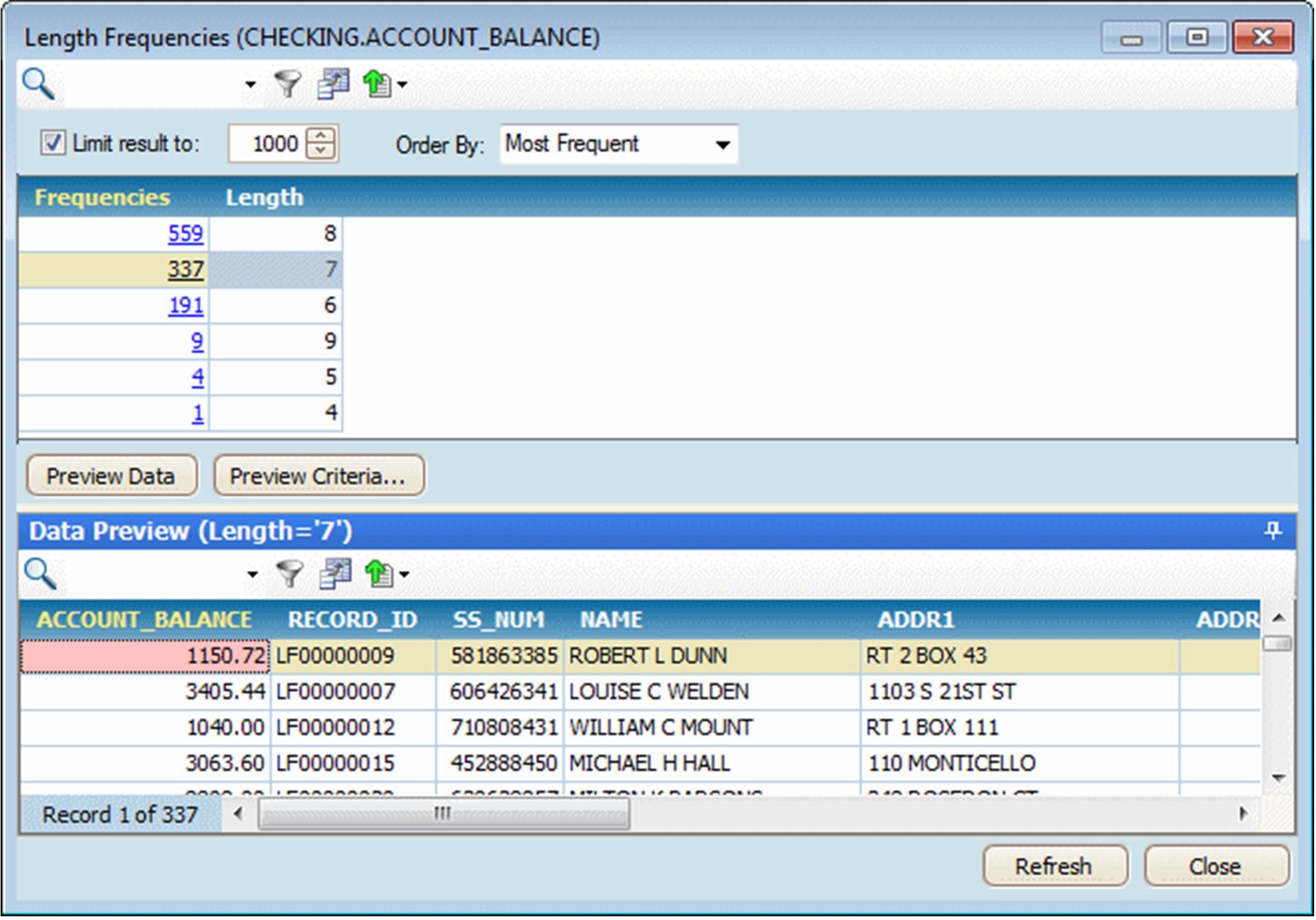 Data discovery tools can also discover hidden sensitive data, which is a specific form of pattern matching. The sensitive nature of the data might not be reflected in column or table names. For example, U.S. Social Security numbers might be hidden in a field called EMP_NUM. Figure 5.5 shows that credit card numbers have been discovered by the Global IDs Profiler within the CoffeeChainSheet.txt, MedSpan2.5_DataSample.txt, and customer_sample_value.csv data sources. 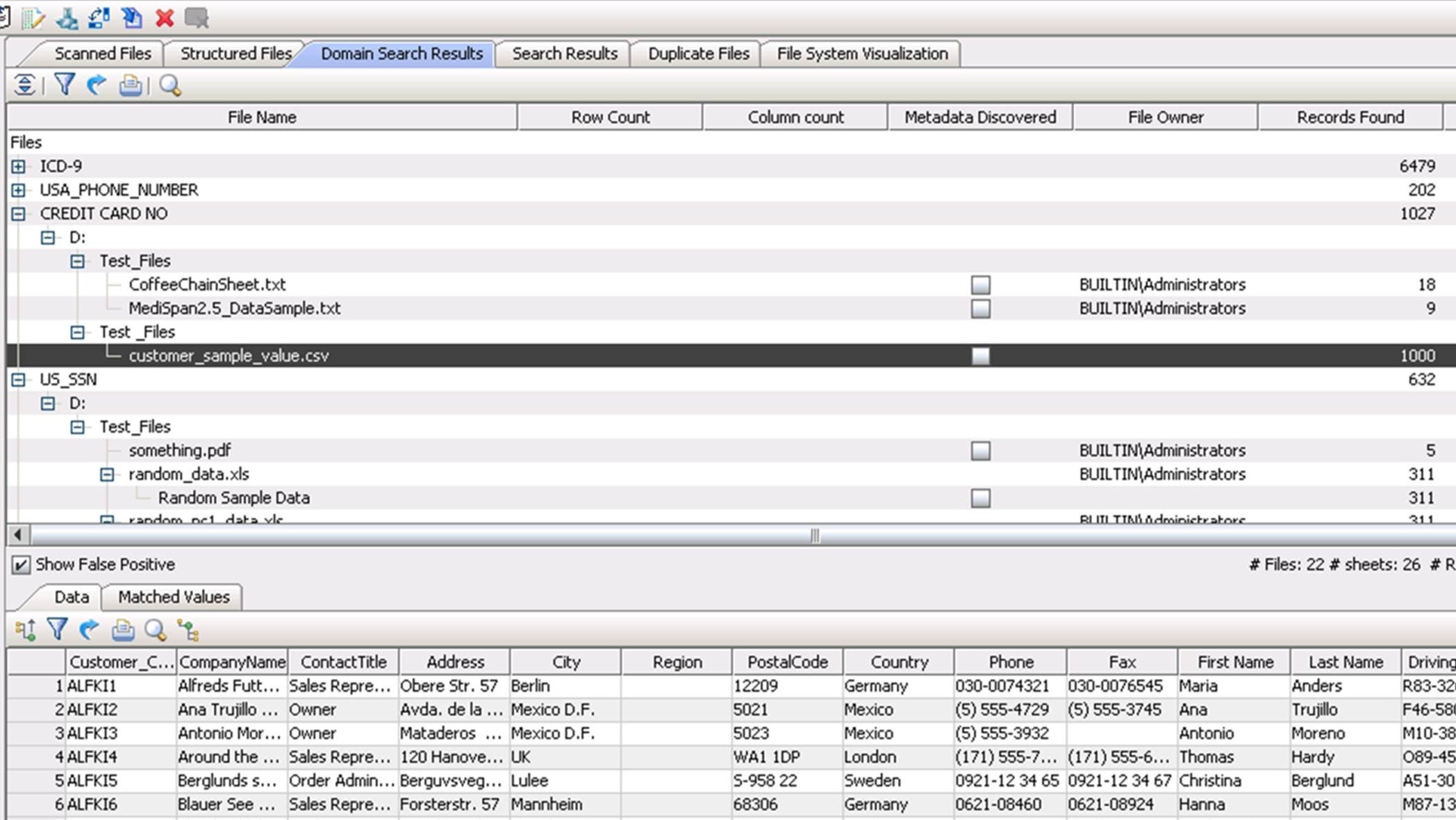 Discover Values with Similar Sounds in a Column

The data discovery tool should also discover column values with similar sounds. As shown in Figure 5.6, the Soundexes Distribution in Trillium TS Discovery shows the Name values with a similar sound that are grouped together as soundexes when the data is analyzed. The soundex is based on the first four values of every attribute. Trillium TS Discovery also checks for the Metaphone, which is based on the entire attribute value, helping to check for misspellings and data discrepancies. 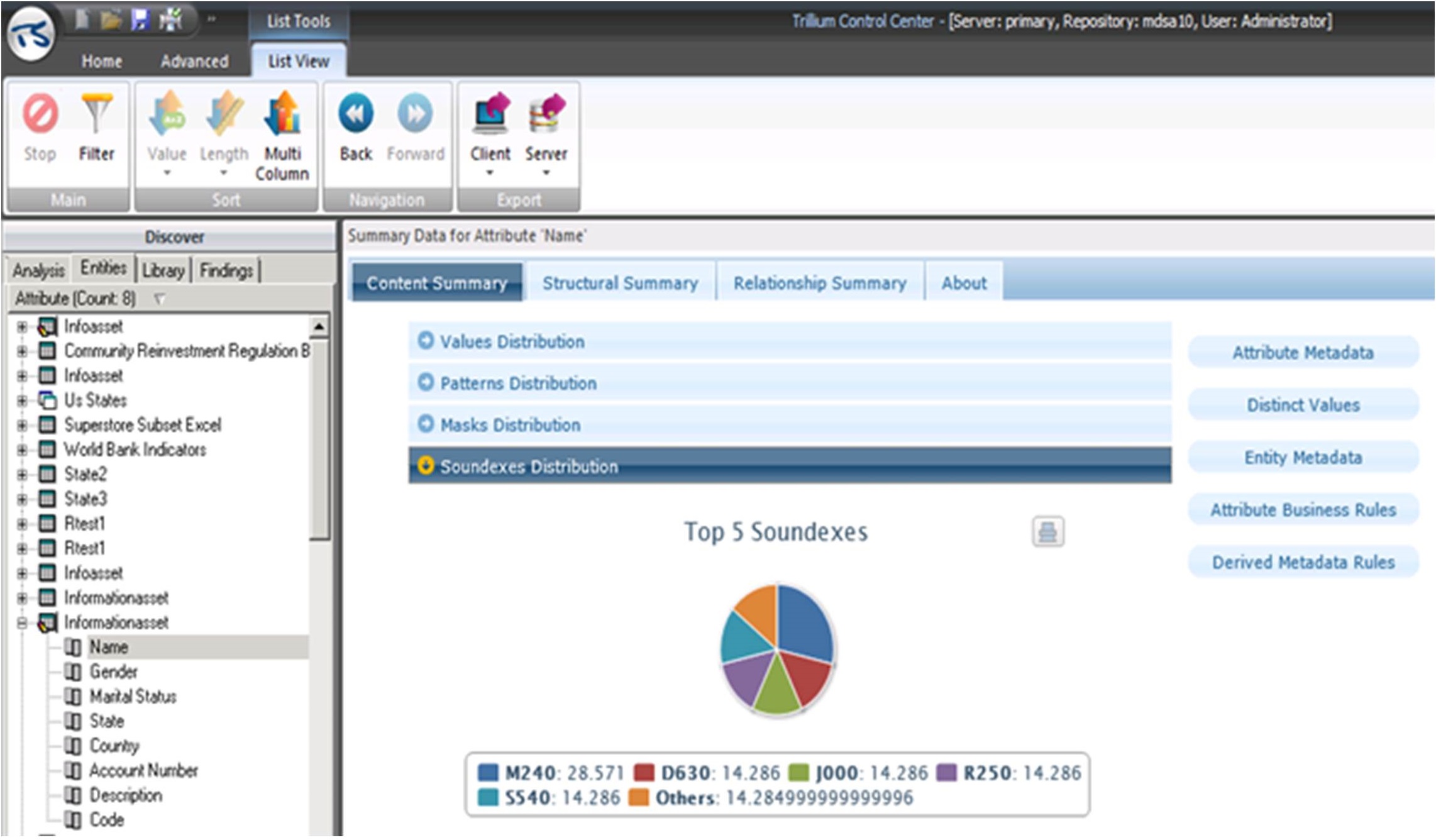 Figure 5.6: The Soundexes Distribution for the Name column in Trillium TS Discovery.

Sunil Soares is the founder and managing partner of Information Asset, LLC, a consulting firm that specializes in data governance. Prior to this role, Sunil was director of information governance at IBM, where he worked with clients across six continents and multiple industries. Before joining IBM, Sunil consulted with major financial institutions at the Financial Services Strategy Consulting Practice of Booz Allen & Hamilton in New York. Sunil lives in New Jersey and holds an MBA in finance and marketing from the University of Chicago Booth School of Business.