Modernizing your forms can have a positive impact on your company’s image.

Are you one of the many programmers who cringes at the thought of creating or modifying forms on the IBM i? For programmers, working with forms ranks right up there with being mauled by a grizzly bear. Yet there is a value in generating great-looking forms. Your statements, invoices, and checks project an image of your company, and many forms produced today are, at best, difficult to read and, at worst, ugly. Great-looking forms are neither difficult nor expensive to implement. In fact, you can improve your company’s image, make producing forms more efficient, and save money while doing it! 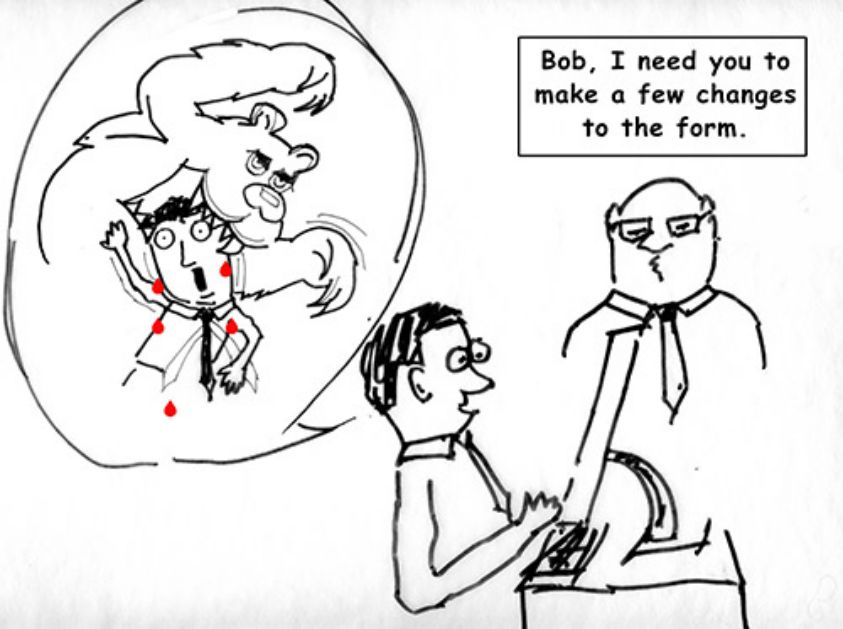 Early on, most forms produced directly from the IBM i were created using a combination of legacy options. Programmers would create an SCS spool file, and if lines or boxes were needed on the form, a programmer would use dashes and/or vertical bars to create them within the O-spec of an RPG program. Programmers would output data to a spool file and send that spool file to a tractor-feed line printer loaded with preprinted stock. Later, Advanced Function Printing (AFPDS/IPDS) was introduced and added elements to improve design. But the process and its result still left a lot to be desired.

These methods were, for the most part, limited to black and white. Courier was about the only font available, and tractor-feed printers are set up for six or eight lines per inch, creating headaches for positioning. Using AFPDS gave you a bit more functionality but caused its own headaches. Creating and importing overlays frustrated the most patient of programmers, and margins that differed from printer to printer meant the forms printed differently on different printers, causing at least one programmer to comment that he would love to drop the printer from a tall building! It’s easy to understand why, once the forms were set, no one wanted to enhance them. 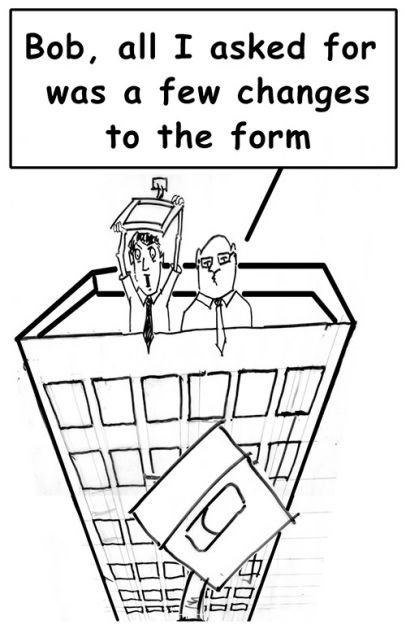 There is no longer a reason, however, to live with ugly and troublesome forms! Products exist to help ease the pain of modernizing forms, and these products usually work with existing spool files. Most packages use the data from an existing IBM i spool file to create a new version of your form, and the idea is the sameo convert the IBM i spool file into a more modern and aesthetically pleasing design. Products will, however differ in ease of use, the amount of integration involved, and cost.

TLAForms is a software solution from TL Ashford that easily converts traditional IBM i spool files into great-looking, full-color forms. The forms can be generated as a PDF file that can be archived to the IFS or any network location, automatically emailed, or printed to any IBM i postscript or network/locally attached printer. Becoming proficient with TLAForms requires very little time. In fact, one user said that, within an hour of starting to work with TLAForms, he felt he could quickly design nearly any form he might need.

Creating a form with TLAForms includes selecting a spool file that is already being produced by an existing application on the IBM i. TLAForms displays the spool file, and fields can be created based on data within the spool file. The fields can be added to the form as text, bar codes, even images. A wide variety of fonts are available, as are all standard bar codes, including the two-dimensional bar codes, QR Code, and PDF-417! Full-color images can be imported into the software and used on any form either statically or variably, and full-color lines, boxes, and ellipses expand the possibilities of form design. 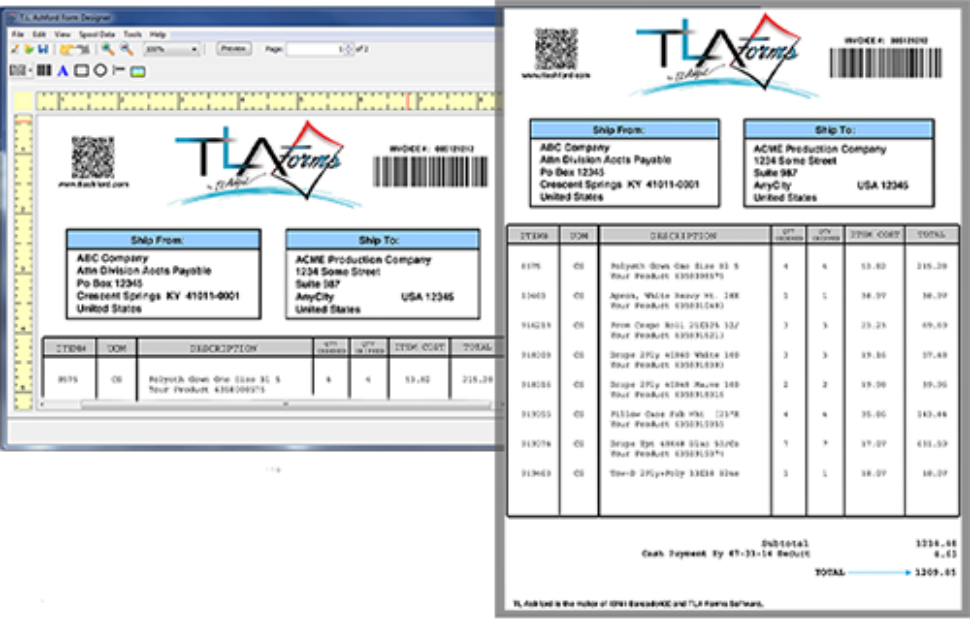 The TLAForms Monitor, delivered with the software, watches for new spool files to be produced. When the Monitor detects new spool files, it captures data within the spool file, applies that data to the form, then generates the form based on the output properties defined within form design. Again, the form can be printed, archived as a PDF file, or emailed automatically.

The software is capable of bursting a spool file based on the page or data within the spool file. SQL statements, defined within a form, access data from IBM i files. The IBM i file data can be added to the form as text, bar codes, etc., or used as output properties for the form. For instance, an email address in an IBM i file can be located and used as the email address to which to send the form.

Modernizing your forms can have a positive impact on your company’s image. Send great-looking statements and invoices to your customers. Make reading pick lists easier for your warehouse employees. Save money by eliminating preprinted stock or by not printing the form when it can be generated electronically and automatically emailed.

Modernizing forms to project a positive company image can be easy. TLAForms is the simplest, most cost-effective tool on the market to phase out ugly forms.