It's true! You can have 5250 emulation for the Mac and Linux (and Windows too)!

As an avid Mac user, one of my primary challenges when switching from a Windows-based PC to a Mac is finding a suitable replacement for the Client Access default Telnet client. While many commercial Telnet client products are available for the Mac, one open-source option caught my attention. In this tip, I'd like to spend some time reviewing the TN5250J project and what it has to offer.

The TN5250J project is an open-source project that provides a Java-based terminal emulator for the System i. The Java-based nature of the application means that it can run on multiple platforms, including Windows, Linux, and Mac OS X. Below is a screenshot showing the main TN5250J terminal screen running on Mac OS X. 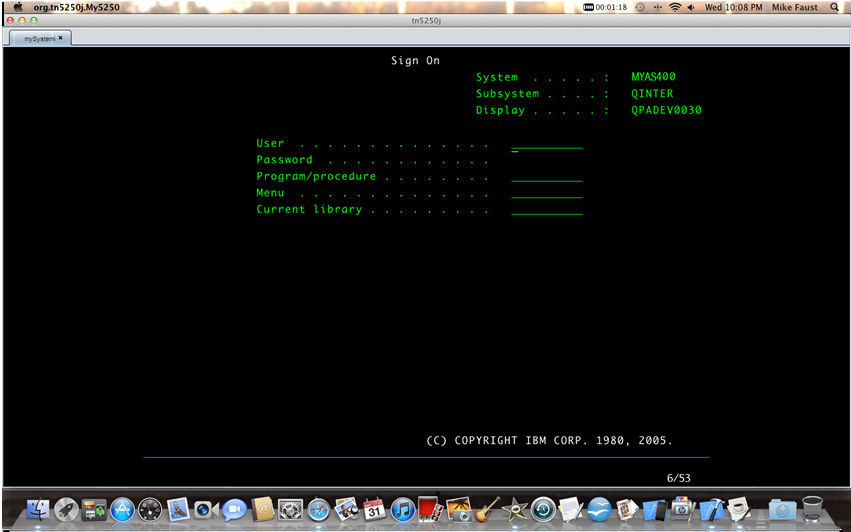 Figure 1: TN5250J runs on multiple platforms, including Mac OS X, as shown in this example. (Click images to enlarge.)

As a Telnet client, TN5250J offers all of the functionality you would expect in a 5250 client. In addition to straight "green-screen" 5250 emulation, TN5250J also supports a GUI-enhanced mode that gives your screen a more modern look, enabling clickable buttons in place of the command key definitions. 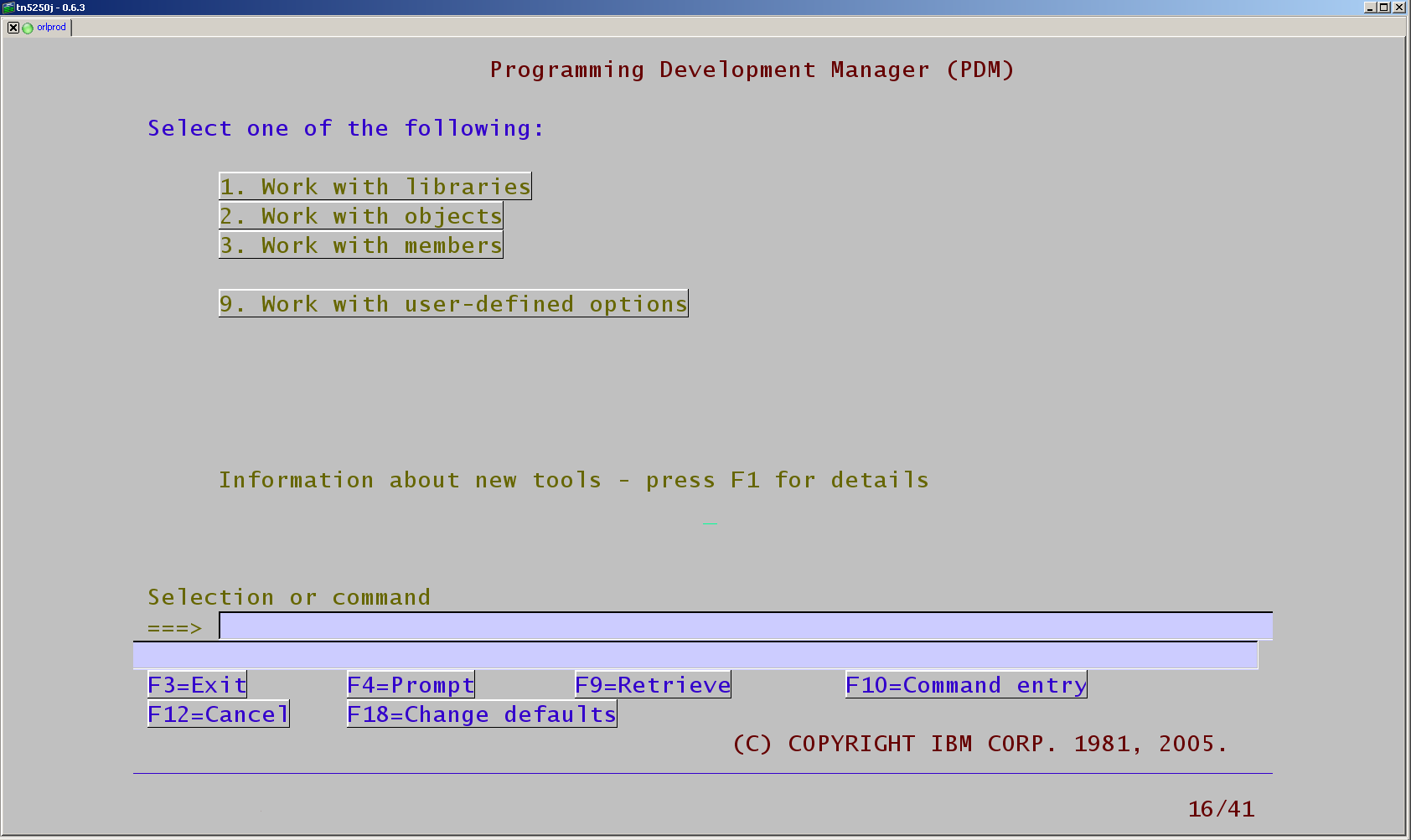 But the Telnet session connectivity is only half the story.

In addition to the features described earlier, TN5250J also has support for advanced features like data file transfers and exporting of spooled files as PDF documents. This is accomplished through the application's context menu, as shown in Figure 3. 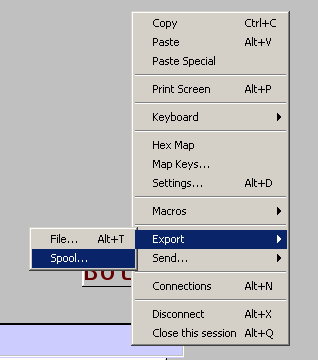 After you select this option, a pop-up window is presented, similar to the functionality offered by IBM's System i Navigator, that allows you specify filters for which spooled files to select from. 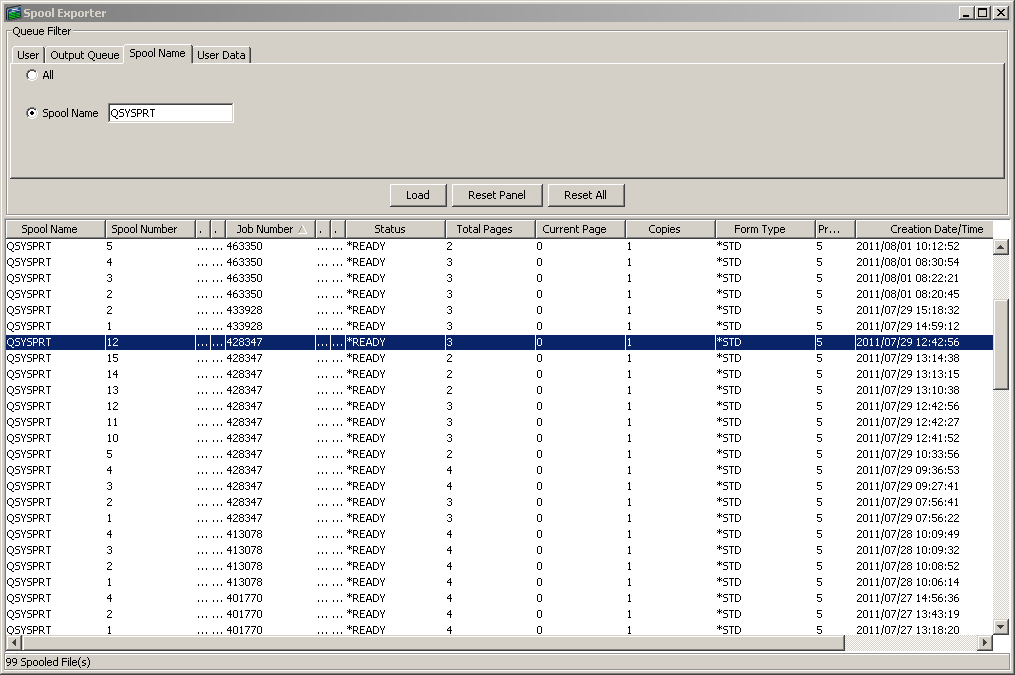 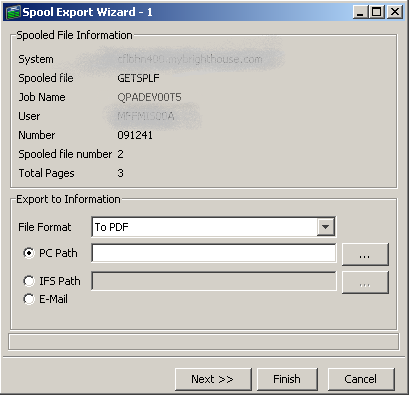 This dialog allows a user to export the file as PDF or plain text and save the output to a specified location or simply email the resulting PDF file. TN5250J also includes support for exporting database files in a similar manner.

The application also includes the ability to do custom keyboard mapping and macro functions similar to those available in System i Access for Windows.

One nice little useful feature I discovered is the ability to summarize screen data on the fly. This is done by selecting a region of the screen that contains the numbers to be summed, right-clicking and selecting the Sum Area option, and then selecting the desired number format. As shown in Figure 6, the result is displayed in a pop-up window. 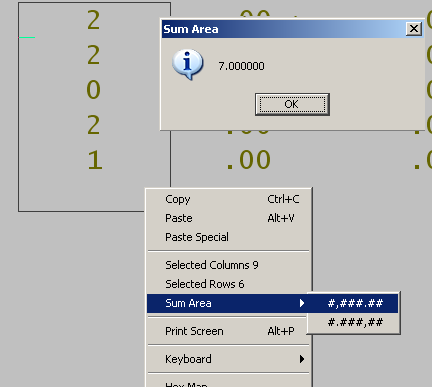 This is just one of the added features supported by TN5250J that you can explore on your own.

The Good, the Bad, and the Ugly

We've already examined many of the good features of TN5250J. The good, bad, and ugly items I'd like to discuss here are all related to the same fact, which is that TN5250J is open-source software. The good element here is that, as open-source software, TN525J is available under a GNU license. This means that you can download and use TN5250J free of charge. This also means that you modify the source code for the application to suit your individual needs. Under the heading of the "bad," I would say that, since this is open-source software, the level of support and documentation available is going to be less than what you would get in a commercial package like System i Access. The "ugly" part of an open-source application like this is that the software is more buggy than its commercial counterparts might be. In fact, I ran into several of these glitches while preparing the materials for this article; however, I found nothing that would prevent me from using the application itself.

All of that being said, I have to say that TN5250J is the most robust option that I've found for platforms like Ubuntu and Mac OS X, and it's a more-than-acceptable alternative to System i Access for Windows.