Take advantage of the new features and enhancements in Visual Studio 2013 for better developer productivity. 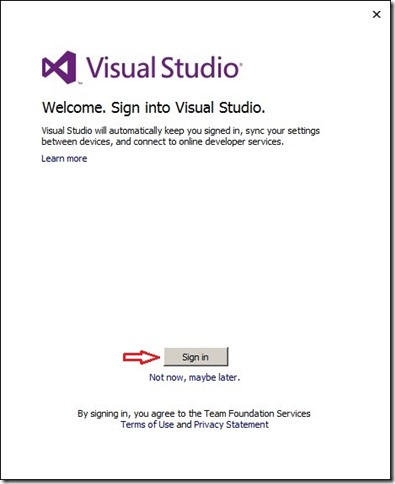 Figure 1: The Welcome page will prompt you to sign in.

Now, the reason this feature is provided is that it allows you to use Visual Studio 2013 from different systems while at the same time preserving and using the same settings on each of the nodes. When you sign in using your Microsoft account, your settings are synched; you can use the same Microsoft account that you used to sign in from one system to be applied in another system when you sign in. In essence, this saves you the time needed to otherwise configure your settings each time you use Visual Studio 2013 from a new system.

Microsoft .NET Framework 4.5.1 provides support for Multi-Core JIT, which can improve your application launch time considerably. Multicore JIT compiles methods on two cores in parallel. It uses two modes of operation: recording mode and playback mode. While in the former the JIT compiler records all the methods it has to compile and saves a profile of the methods that have been executed, the latter loads the profile information to compile the methods using a background thread. These profiles are stored in the disk.

The CLR uses two types of heap for storing objects: the small object heap (SOH) and the large object heap (LOH). Note that LOH is not compacted, which can lead to memory leaks as fragmentation can occur due to non-availability of adequate free memory.

With .NET 4.5.1 you have built-in support for on-demand LOH compaction. You can now compact the large object heaps using the following code:

Note that LOH compaction is an expensive operation and should be used only after you perform a through memory analysis.

With .NET Framework 4.5.1, you now have a new worker process state: the suspended state. In this state, your website will be transitioned into a suspended state in which the CPU and memory resources the website needed while it was active are released. Suspended sites are those that were in the running state earlier and have been paged out into memory. To enable this feature, you need to start IIS manager and right-click on the application pool on which you would need to have this feature. You would then have to select the "Idle Time-out Action" property and select the value as "Suspend." When the App Suspend feature is enabled in IIS, your application start-up time would drop drastically. 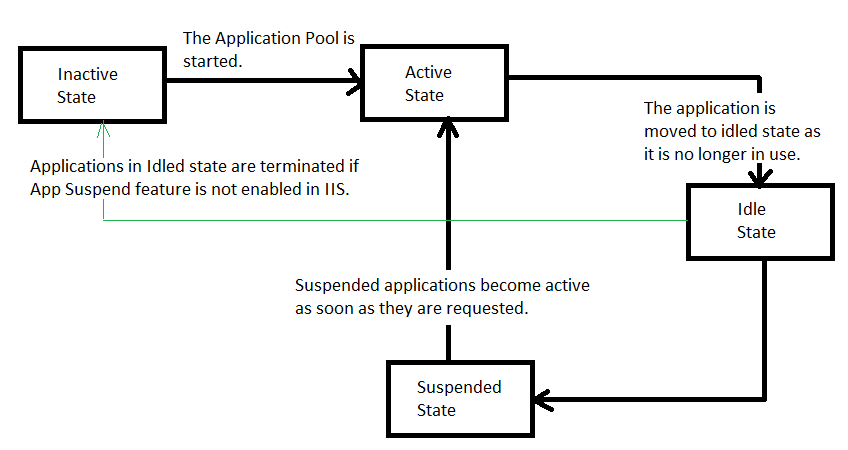 Figure 2: These are the states of the IIS worker process

ADO.NET idle connection resiliency is another great new feature added to .NET Framework 4.5.1. It can work in both synchronous and asynchronous mode. This feature helps you to recover broken or idle SQL Server connections automatically so you no longer need to write code to re-establish broken connections to your database.

Visual Studio 2013 includes many new features and enhancements to the IDE. This section discusses most of these with screenshots wherever appropriate. 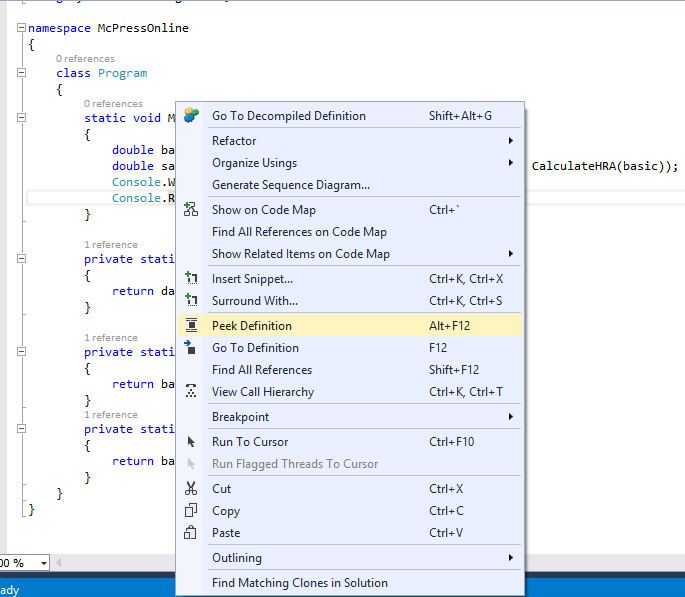 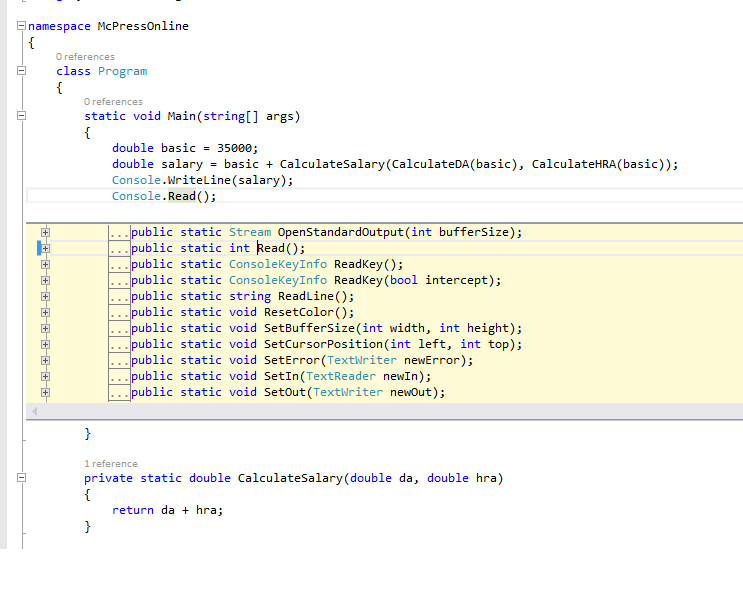 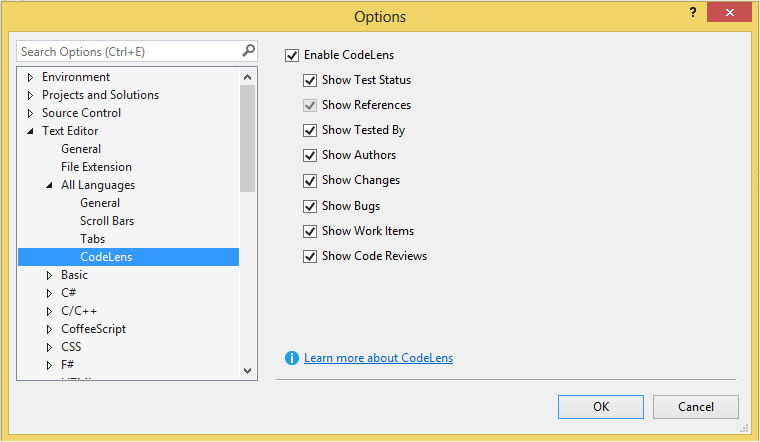 The Auto Brace Complete feature is a Productivity Power Tool in Visual Studio 2013 IDE. This amazing new feature automatically adds the closing parenthesis, quote, bracket, or brace when you are writing your code in the code editor.

The Navigate To feature was first introduced in Visual Studio 2010, and it has been extended a lot in Visual Studio 2013. It enables you to type a part of a symbol (class, property, method, etc.) and then locate its definition using semantic search. As an example, say you have a method that calculates the salary of an employee but you don't remember the exact name of the method. You can just type in the name you remember and then use this feature to search for this method in files, classes, properties, methods, or other symbols that contain the text you have typed. You can invoke the Navigate To feature by pressing the CTRL and comma keys together on a symbol.

The Just My Code feature is another addition. When enabled, it allows you to debug your code while ignoring frameworks and other code. To enable this feature, turn it on from Debug > Options and Settings > General > Enable Just My Code. 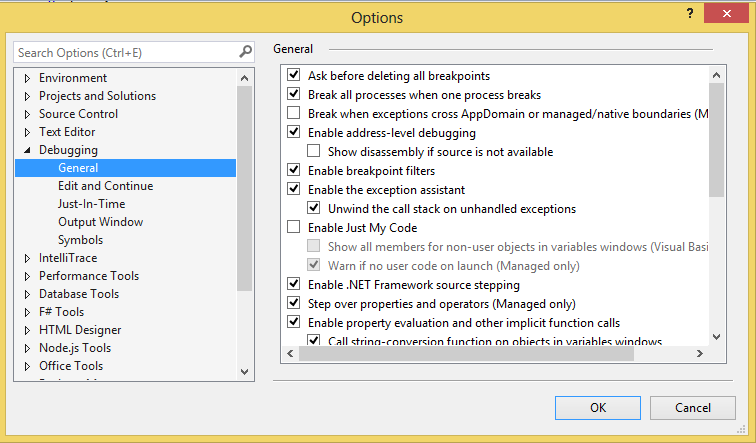 Enhanced Support for Performance, Debugging, and Optimization in Visual Studio 2013

When you write programs in .NET's managed environment, you need not explicitly clean the objects that are created at runtime to free up the space occupied by them. The Garbage Collector of .NET takes care of cleaning up unused memory as and when needed. However, there can be unnecessary allocations and memory leaks due to inefficient memory usage. Your application can crash out due to "Out of Memory" exceptions or exhibit decreased performance if resource consumption is high. In order to analyze the potential memory leaks, you need to collect memory data and create memory dump files. Such files have a .dmp extension. Visual Studio 2013 includes a new feature named Memory Dump Analyzer that can help you to analyze memory dumps and detect why memory leaks have occurred. You can also compare two memory dumps to see how memory consumption has changed over time. It should be noted that Memory Dump Analyzer is available in Visual Studio 2013 Ultimate edition only. 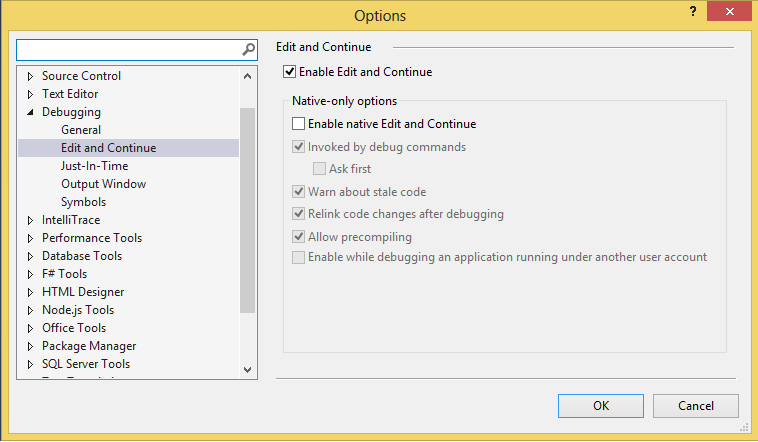 Figure 8: Use the Edit and Continue feature in Visual Studio 2013.

Another interesting new feature in Visual Studio 2013 allows you to examine the return value of a method while you are in the debug mode. You can explore this feature using the Autos Window. To enable this window, you need to choose Debug >Windows >Autos from the menu while you are in the debug mode. The Autos window displays the values of the objects for both the current and the previous statement. You can also change values of objects in the Autos window while still in the debug mode. Note that you can also examine the return values of a method by typing $ReturnValue in the Immediate window. 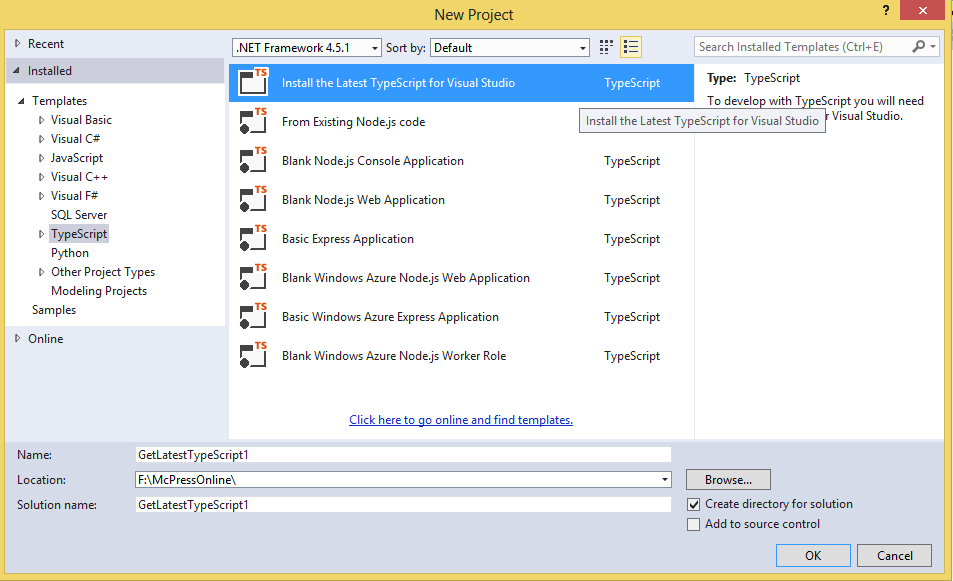 You can use Visual Studio Team Foundation Server (TFS) 2013 for better version control, efficient management of your product lifecycle, reduction of the risks involved in the project, and deployment facilitation, testing, and overall team collaboration and productivity.

With release management in Visual Studio, you can configure, approve, and deploy your applications for any environment. You can create automated deployment orchestrations for each environment, no matter how complex the configuration. You'll be able to deliver your software more frequently and easily to an environment that allows your testers to get to work validating your system and keeps your stakeholders involved in giving feedback.

When you are in the debug mode in the Visual Studio 2013 IDE, you will find an option called CodeMap in the toolbar. When you click on this, you will be able to see a visual representation of the flow of execution of your code in a new window. 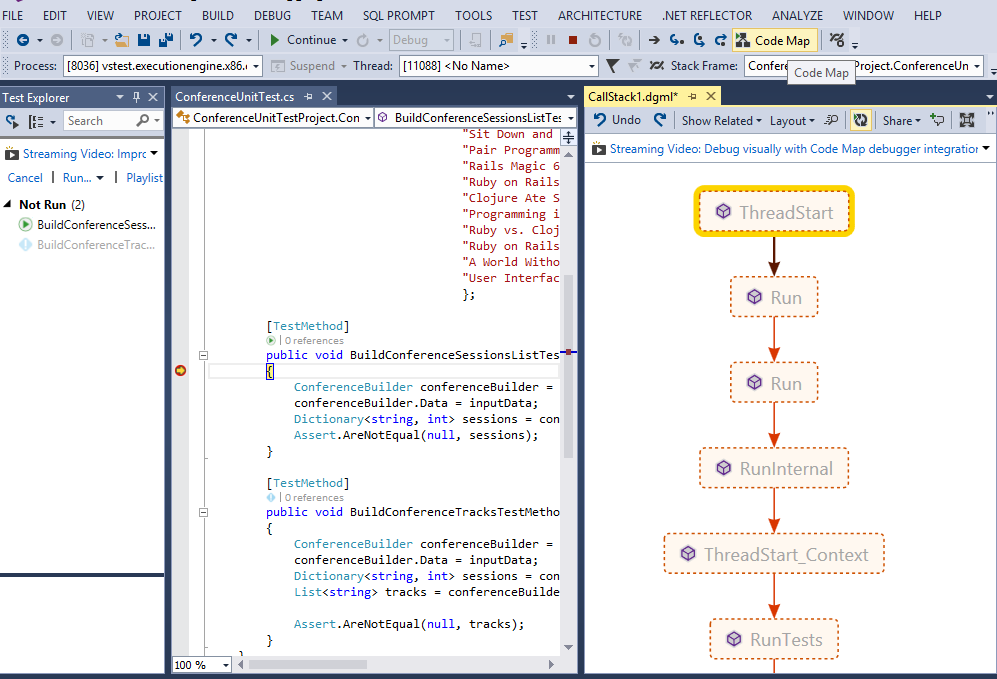 This option helps you to debug your source code with ease, and most importantly, you can easily understand the flow of execution. CodeMap helps you to understand the dependencies in your code, which this comes in handy for debugging complex code. You can use CodeMap to navigate across pieces of code and understand the relationships. You can do many more things with CodeMap: you can navigate and examine the code, highlight the references, change colors, and add comments if you need to. 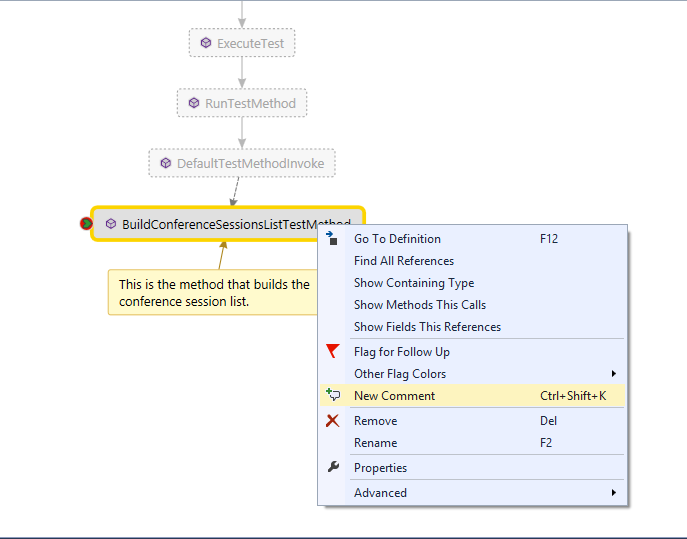 Joydip Kanjilal is a Principal Software Engineer in Hyderabad, India.

Awarded the prestigious Microsoft Most Valuable Professional (MVP) award in ASP.NET six times in a row from the year 2007 to 2012. A speaker and author of several books and articles with over 18 years of industry experience in IT and more than 14 years in Microsoft .NET and its related technologies.

Currently working as a Principal Software Engineer at DELL International Services at Hyderabad. Was selected as an MSDN Featured Developer of the Fortnight (MSDN) a number of times and also Community Credit Winner at www.community-credit.com several times.

·  Sams Teach Yourself ASP.NET AJAX in 24 Hours by Sams Publishing