IBM rebrands one of its most revered products, and we take a good, hard look at COMMON Europe's Top Concerns survey. Plus, IBM i gets native support for the product formerly known as Lotus Notes Traveler: IBM Traveler.

With most other Lotus products slowly getting "bluewashed" in recent years, it made sense that IBM would eventually rebrand Lotus Notes and Domino as IBM Notes and Domino. Even the icons are changing from the familiar Lotus yellow to IBM blue. Pushing aside 20+ years of Lotus brand equity, the move to the second most popular brand in the world (along with the 100+ years of brand equity) is much needed; it's the right thing to do.

With the brand change, IBM has stated that the new IBM Notes coming in Q1 of 2013 will be a full-release version 9, instead of the 8.5.4 version as previously reported. IBM Notes and Domino 9 (also known as IBM Notes and Domino Social Edition) is so feature-rich that IBM has determined it requires the major version release number. I can attest to that, being a part of the managed beta team for "Lotus Notes 8.5.4" for the last little while.

As per the IBM Notes and Domino Social Edition preview and announcements webcast, IBM Notes 9 contains a redesigned and modern user interface, embedded experiences, the Notes browser plug-in (which allows Notes applications to function as Notes applications in a Web browser), SAML support, and much more.

Plus, a feature I've been personally trying to garner support for will be added: IBM Traveler (formerly Lotus Notes Traveler) supported on IBM i! I'll touch on that in the next section.

So, Notes and Domino 9 it is. There will be an 8.5.4 maintenance release in 2013, but I'd be surprised if many people choose that over Notes/Domino 9 since the code stability and fixes that will make up much of 8.5.4 is the foundation of 9.

If you're looking to give it a test drive, IBM has decided to do a public beta for Notes and Domino 9 starting on December 14, 2012!

What Can You Do With an IBM Traveler Server on IBM i?

First, what is IBM Traveler?

IBM Traveler is an application that runs in conjunction with an IBM Domino server in order to provide integrated messaging (email), calendar, address book, and other features to mobile devices. Devices currently supported are Apple iOS, Google Android 2.x and 3.x, Nokia Symbian, and Microsoft Windows Mobile 6.x. In the IBM Notes and Domino Social Edition preview and announcements, IBM also stated that Traveler will support Windows Phone 7.5 and 8 and forthcoming BlackBerry 10 architecture.

I'm not sure what support for BlackBerry 10 entails just yet, but in the best-case scenario it would allow the elimination of BlackBerry Enterprise Servers and the management of all those mobile devices on a consolidated Traveler on IBM i solution. I'll be back to you on that.

Support for Traveler on IBM i does mean that you eliminate Windows- and Linux-based Traveler servers on x86-64, further simplifying environments and reducing licensing costs for IBM i customers. You can also cluster Traveler servers for no additional charge. That's something you have to pay for with Enterprise-level BES and MS SQL Server.

Makes you want to think about migrating to an IBM Notes/Domino solution, doesn't it? 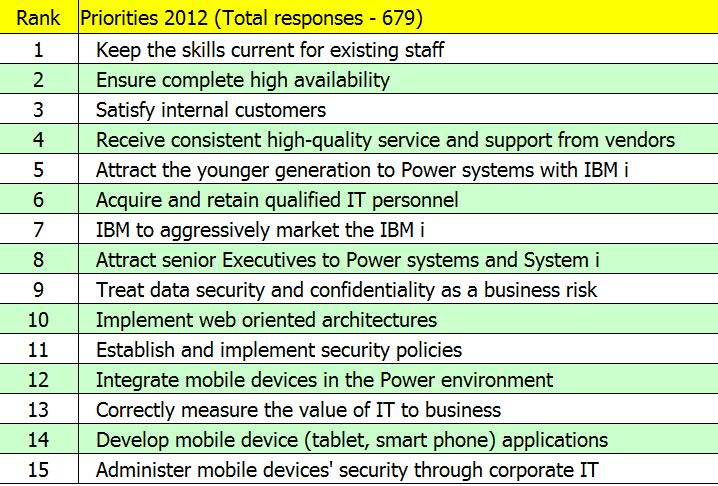 Figure 1: The IBM i community has these concerns.

Notably, the most-repeated concern was for IBM to aggressively market IBM i. As stated in the press release, customers want IBM to, in the words of one respondent, "continue to push [the IBM i] to be a leader in secure, strong, reliable infrastructure, and market itself, as such, to business and every generation AND affordable training that execs can sign on for."

This is something that customers have been wanting for a long time. Personally, I think IBM i could fit nicely within the Smarter Planet marketing campaign, so keep telling IBM that you want to see it. Talk to you IBM Business Partner. Talk to IBMers at conferences like COMMON. Remember the fanfare when the AS/400 was paired with Domino back in 1998? At Lotusphere 2000 in Orlando, IBM gave away a yellow Corvette and two Dedicated Servers for Domino in the name of the newly announced Dedicated Server for Domino. And previously, it was a yellow Volkswagen Beetle at Lotusphere Berlin in 1999. There were people at the airports with "Dedicated" signs creating a buzz. IBM made a big deal about the AS/400 and its then-new Domino workload. In 2000, IBM also sold a lot of AS/400s running Domino to new customers who'd never had an AS/400 before, 25-30% to be exact. But I digress.  Our community must unite, take ownership and step up to tout the strengths of the IBM i platform.

It's also encouraging to see that keeping skills current for existing staff is the highest-rated concern, but dig a little deeper and you can almost pair that with the number 6 ranked concern of acquiring and retaining qualified IT personnel and the number 5 ranked concern of attracting the younger generation to Power Systems and IBM i. Finding young, qualified staff with IBM i experience is harder these days, especially since most colleges and universities are not pumping out junior-level IBM i professionals. The school I graduated from many years ago is still teaching RPG/400 programming on the curriculum. If I hired someone from that school, I'd have to have him or her unlearn many things that were a bit out of date when I graduated! Many people I've spoken with have resigned themselves to hiring generally highly skilled IT professionals and then indoctrinating them into the IBM i world.

Only 9% of the survey respondents were under the age of 35. In 2011, that number was 15%. And 90% of the respondents were age 35 and over, while a year before that number was 80%. Our community is getting older. I was in a room with six other IBM i professionals a few months ago. Four of us, myself included, got into the IBM i world because we each had a parent who was an RPG programmer or an AS/400 consultant. While a bit humorous at the time, it certainly correlates with the Top Concerns results. The grandsons and granddaughters of System/36 operators and AS/400 administrators are certainly welcome in the community, but they shouldn't be the number one answer to the problem. We need kids coming out of colleges and universities wanting to take their Java, PHP, or SQL skills and put them to use on IBM i because it's the most secure, scalable, and awesome business platform in the world. That's what my dad told me about it. Many others my age were pointed in that direction by a parent once too.

Also included in the Top Concerns survey are budgets and migrations information. What I find really interesting is the last row, about migrating to PureSystems. Fully 50% of the respondents have no plan, and 41% don't know yet. Only 4% are planning to order or have already ordered PureSystems tin. Considering that the IBM i customer base is largely small to medium-sized businesses (SMBs), the PureSystems shoes may be just a bit too big to fit just yet. As far as I see, there is no true SMB offering for a datacenter in a can, as I simplistically describe it to people who ask me, "Hey, what's PureSystems?" Or maybe there is a solution but customers don't understand it yet. If the solution exists, then perhaps IBM marketing efforts for PureSystems haven't been able to demonstrate it to the largely SMB IBM i community. You'll notice that consolidation of data center resources is not on the list and neither is cloud computing, two things that PureSystems can offer. For IBM i customers with larger Power Systems iron and a good number of Intel servers, PureSystems may be in their future if a) customers know about it and are presented with clear and understandable benefits and b) the price is right for the total solution. The former may be the bigger problem. The price for horsepower decreases dramatically over a short amount of time.

The question IBM needs to answer is: What is the tipping point for moving from Power Systems and Intel boxes into a PureFlex system? I don't think anyone has done that clearly enough yet. 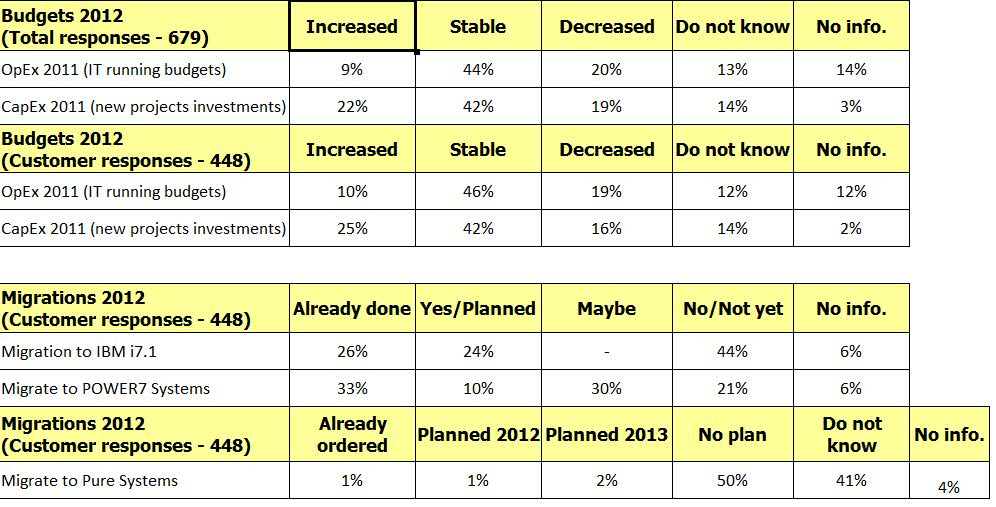 Please have a look at the full results for the Top Concerns survey here.