The challenge of managing a heterogeneous enterprise is one of the most daunting problems facing IT professionals today. The sheer number of resources (systems, applications, network devices, etc.) in a single environment can be quite large and ever-changing, and a typical administrator may have no accurate catalog of his environment—let alone an understanding of the interdependencies that his resources have with each other. However, sophisticated tasks (e.g., taking down a server, moving workload, etc.) can be difficult (and risky) without this knowledge. Clearly, there's a need for advanced, automated applications to help system administrators in this area.

IBM took steps to address this problem by introducing the IBM Virtualization Engine console resource topology. Resource topology is an innovative approach to allowing systems administrators to visualize resources and relationships in their enterprise as collected and discovered by IBM Resource Dependency Service (RDS).

RDS gathers information about the IBM and non-IBM virtual and physical resources in an IT environment to be used by the resource topology user interface. RDS uses the following methods to gather this information: 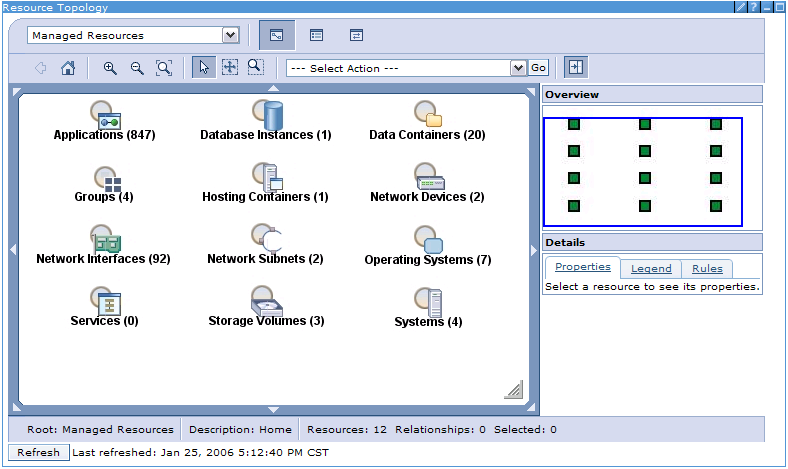 Note that RDS requires configuration to run collection and discovery. If it appears that discovery has not been run, resource topology provides a button to launch the Resource Dependency Service Configuration tool (which is also located in the console at Virtualization Engine Console > Virtualization Engine Setup > Resource Dependency Service Configuration) to allow the user to configure, schedule, and manage data collection of his physical and logical IT assets.

Finding Resources and Building a Topology

The search and browse features of the home view allow users to find a discovered resource of any type and make it the center of its own topology. This provides a powerful means for an administrator to drill down through arbitrary slices of his environment as he seeks to make informed management decisions.

For example, to see the list of resources for a given type, the user can right-click on the node for the type to see its context menu. Figure 2 shows the context menu for the Operating Systems node. 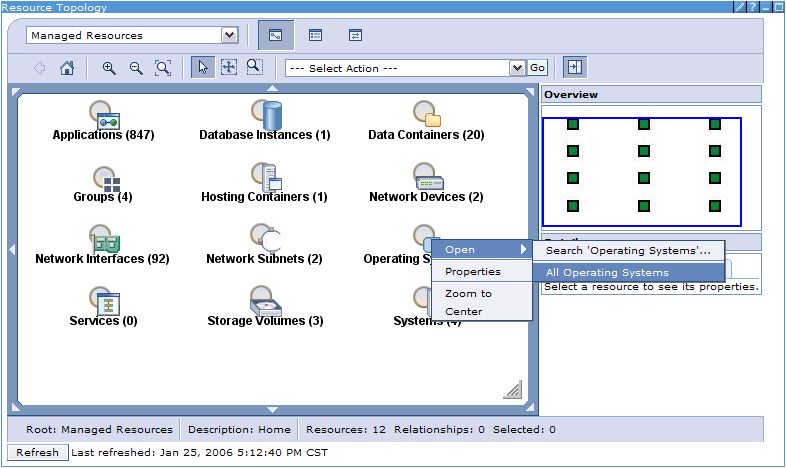 Figure 2: Right-click on the node to see the resource's context menu.

The Open submenu has options for Search 'Operating Systems...' and All Operating Systems. Depending on the enterprise, the number of resources for a given type can be quite large, so the search option (which allows a wildcard search based on name) is typically recommended to help reduce the result set size.

After clicking All Operating Systems, the user will see all of the operating systems that RDS has discovered (Figure 3). The table features advanced sorting and filtering to narrow down the list of resources if desired.

Figure 3: By selecting All Operating Systems, the user sees all of the operating systems that RDS has discovered.

Figure 4: Choose Child, Parent, or All to see what other discovered resources the root node is related to.

Figure 5 shows the topology that resulted from choosing the Open > All option. With help from the relationship legend (Figure 6), it can be seen that the operating system represents an instance of i5/OS installed on the sys12.mycompany.com system (an System i Model 840). Furthermore, it hosts a data container (IFS1 of the IFS file system type), a network interface (1.2.3.4), a database (U102ZBDM), and 77 applications. (As a side note, it should be pointed out that RDS is uniquely capable of discovering System i-specific resources such as installed LPPs and IASPs in DB2.) 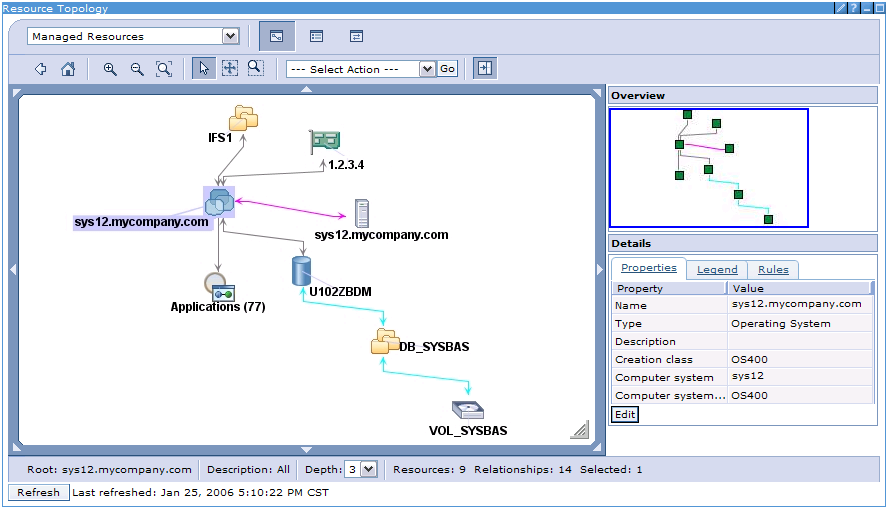 Figure 5: This is the "All" topology of depth 3 with a root node of sys12.mycompany.com. 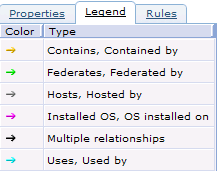 From this point, any resource of interest within the currently displayed topology can be explored to see what else it might be related to simply by invoking the appropriate context menu item. For example, if a user wanted to see what applications are hosted by the operating system, he could choose the Open > Applications menu option on the Applications node. Similarly, the depth of the topology can be changed (see the Depth box at the bottom of Figure 5) to go further from the root node to find more relationships.

In addition, this view enables other features:

The Virtualization Engine console resource topology provides a powerful means for system administrators to visualize, explore, and work with Virtualization Engine resources and relationships that RDS has discovered within their IT environments. With these advanced visualization capabilities, administrators are empowered to more efficiently keep track of their resources and make sophisticated systems management decisions.

Tony Erwin is a software engineer in IBM's Rochester, Minnesota, lab. He has extensive GUI design and development experience, working on such products as iSeries Navigator, the Abstract User Interface Markup Language (AUIML) toolkit, and the IBM Virtualization Engine Console. You can email him at This email address is being protected from spambots. You need JavaScript enabled to view it..