Service program procedures are great when called by applications, and even better when they call each other.

Previous articles covered the why and how of service programs: wonderful bundles of programming that can be used by your entire application, with centralized business logic that you maintain in a single place. They’re similar to called programs except that they can have as many entry points as you need, with completely different parameter lists as requirements dictate. But a couple of timing issues can arise, and this article gives you a specific technique to address those issues.

I've explained the concept of a service program at a very high level. You can also go deeply into the specifics by reading the ILE concepts manual, starting with the basics in Chapter 4. The problem with the IBM manual is that it must cover all the possible uses of service programs within the much larger context of ILE programming, which in turn requires a whole lot of detail that you might not ever need to use. In this article, I focus very specifically on the application architecture of a service program. Let's start with a diagram. The picture in Figure 1 shows an interface-oriented representation of a service program. 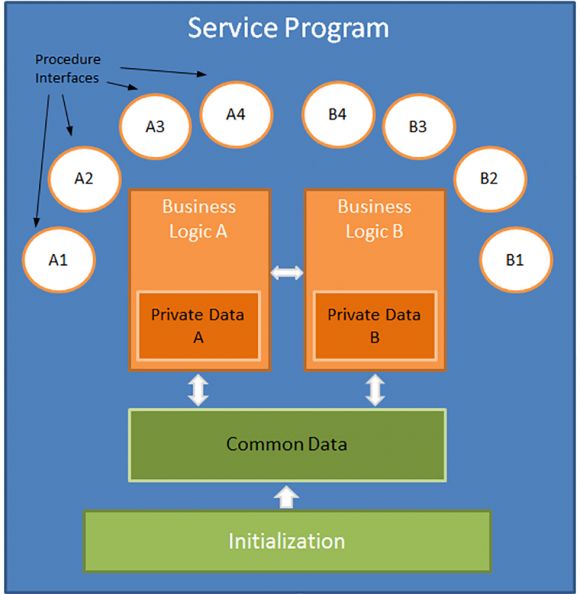 Figure 1: This is a depiction of the service program in terms of its interfaces.

This diagram shows how I think of the service program when I'm designing its logic. This particular diagram is as simplified as I could make it while still addressing the major points. A service program usually contains multiple pieces of business logic. In a typical design, these routines are all related in some way and, in many cases, may actually call one another. Each of the orange blocks is a single, self-contained piece of logic.

You're already familiar with this design, but you use individual compiled programs for Business Logic A and Business Logic B. Let's take a business-specific example. For example, we might need a way to query all the allocations for an item, and a way to allocate inventory to an order. Those are typically different programs, even though they use all the same files. Let's begin with the inquiry. Without service programs, we might start with a single program that takes an item number and returns the total allocations. However, we typically need to define that a little more granularly, using inventory control divisions like facility and warehouse. So we end up with a parameter list that's specific to all the various inventory divisions within our company. Let's say I need to get the total allocations for a single order. This is where it gets complicated. What I've done in the past is add another parameter to the parameter list for the order number. Then I add logic so that if the order number is passed, the program will total by order number, otherwise will total by inventory division. So now even when I'm asking for the allocations for an order, I still have to pass all those unused parameters for inventory division.

Service programs reduce that complexity. The initial requirement needs only one parameter list, so I could just write a procedure and call it. But adding an additional parameter list is easier. First, I separate the business logic into Business Logic A and procedure interface A1. Interface A1 has the same parameters as the original parameter list, and it calls Business Logic A. To add the new interface, I just need to create procedure interface A2. It accepts an order number. It calls the same business logic as A1, but it passes different parameters. Yes, I have to expand the parameter list for Business Logic A, but A1 does that internally, and the application programs calling A1 don't know about it. This technique hides the complexities of passing that information to the business logic from the application program. And then, when I add a third case—say, finding all the inventory allocated to a specific work center—then I add procedure interface A3, and none of the applications using the A1 and A2 interfaces are any the wiser.

To be fair, I could do this without service programs. I would simply write what I call a "wrapper" program for each of the procedure interfaces A1–A4, and those programs in turn call the generic business logic component after loading the appropriate parameters in the parameter list. It's perfectly doable and the additional overhead is small (but not zero), but you can end up with a lot of individual ILE programs, each of which you have to shove into the 10-character QSYS naming conventions, whereas service program procedures have a lot more flexibility in naming.

The Case for Common Data

As noted, the parameter flexibility of service program procedures can be emulated if you use enough wrapper programs, but service programs have another benefit that's harder to duplicate: common data. And when I say common data, it actually goes further than that.

Let's return to the diagram in Figure 1 and shift our focus to Business Logic B. Consider the concept of private and common data. Each business logic component can have its own private data; that's essentially any data that is defined within the procedure definition itself. This data is private to the procedure and can't be touched by other procedures. You can even define this data as static, and it will retain its contents between calls to the procedure. This is exactly the situation you would have if you had individual ILE programs for the different logic components. The rather revolutionary concept available with service programs is that you can share common data among all the business logic components within the service program. It's easy: Just define the data at the beginning of the service program, and it’s automatically accessible by all procedures. This seemingly simple concept has many uses. One can be applied immediately to the allocation process.

That might seem a somewhat contrived example, but this sort of collaboration between procedures can help in other areas, such as access to job control information. For example, you may have some formatting routines with user-defined rules for formatting that are stored in a user control record or in a data area. With a service program, all the formatting routines can be written in a single service program that gets that data the first time the service program is invoked. This becomes important when you're doing dozens or hundreds of formatting steps; removing all those chains or data area reads can really add up.