Do you provide your users with a modern "look and feel" for their System i data? Are your users telling you that green-screen reports are unacceptable? Is your backlog of text-based reports overwhelming? Is your data warehouse project over budget, past due, and unsatisfying to users? Are you confused about what tools to use to access System i business data?

Recently, IBM announced that Query/400 needs a fresher look. This is exciting because it confirms what we have been saying all along: Your i5/OS database has a wealth of information that should be harnessed into executive decision-making tools without using another platform. It's easy to access and modernize your System i data when you use System i–based reporting tools.

In the past, you may have looked at moving beyond Query/400 only to discover data warehouse or business intelligence solutions that were expensive, weren't well-suited to your data, and required too much time and staff to implement. What you really wanted was an uncomplicated, System i–based graphical tool that works quickly with your data and DB2 for user requests.

About 20 years ago, SEQUEL was the first tool to bring SQL to the System/38. Since then, it has massaged millions of records a day for traditional report formats while hiding the complexity of SQL. Over the years, SEQUEL has been enhanced to offer the modern look and feel that users want. The SEQUEL graphical interface allows everyone—users, developers, and management—to work with existing System i data in real time and deliver high performance.

SEQUEL uses Web technology and Google Maps (see Figure 1) so that you can build report output in various file formats, including XML, XLS, CSV, and PDF. You can link this information to email to deliver data quickly to your users or customers. SEQUEL runs in the background on the System i so that you can use tools like Robot/SCHEDULE to schedule processes. And you can pass date ranges and data selection dynamically or hard-code them into your background requests. SEQUEL even supports scripting so you can build more automation into your data-retrieval requests. For example, some Help/Systems customers have built complete sales analysis applications using SEQUEL. 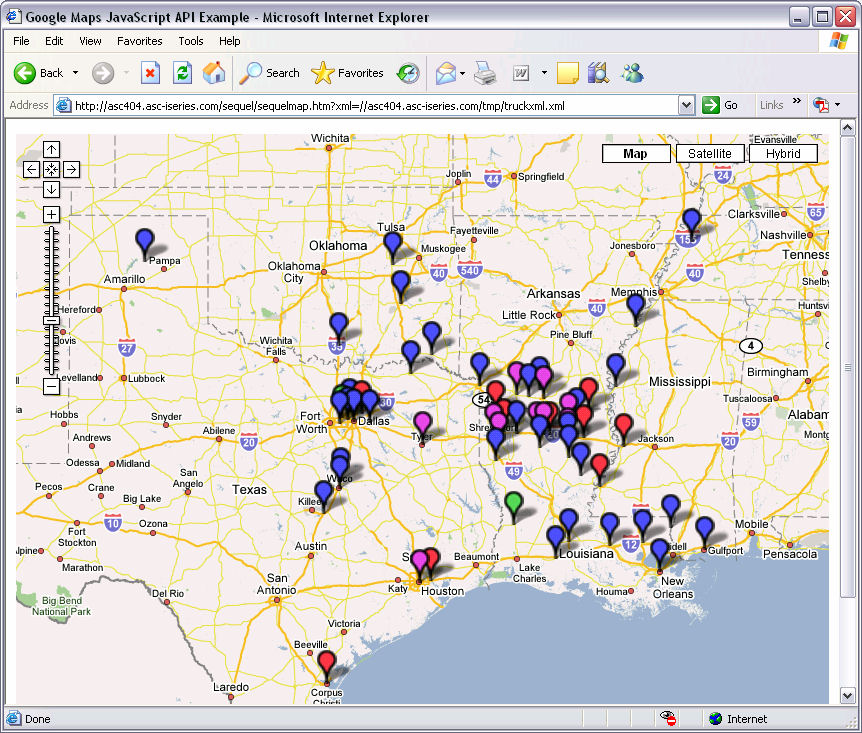 What do you do when someone in sales wants System i records on a PC in Excel format? It's easy to connect to the System i and download the data to the PC, but what happens if the PC locks up because you sent too much data? You can avoid all this with SEQUEL. SEQUEL can summarize and "spread out" your data to make it "Excel-friendly" (see Figure 2).

SEQUEL not only summarizes data, but also lets you drill down into live detail behind the scenes without special programming, a data definition process, or the necessity of moving the data to another platform. You get real data in real time without hassle.

Figure 2: Here's an example of a SEQUEL-generated Excel table with graphs.

SEQUEL helps you modernize the display of your System i data. By using its dashboards, Web interface, email support, and query engine, you can slash your backlog of report requests and totally satisfy your users. What are you waiting for? Try SEQUEL for FREE for 30 days; you won't be disappointed. Learn more about SEQUEL and your FREE trial by clicking here. And check out Help/Systems' other offerings in the MC Showcase Buyer's Guide.

Tom Huntington is Vice President of Technical Services for Help/Systems, Inc. He can be reached at 952.563.1606 or at This email address is being protected from spambots. You need JavaScript enabled to view it..