Throughout the late ’80s and ’90s, IT shops migrated away from a centralized computing environment to one of multiple compartmentalized servers. The trend in recent years is reverting back to centralized systems because of an expanding realization of the increased costs of managing and maintaining individual servers. Of 50 IT managers interviewed in Mathew M. Nordan’s “The New Server Landscape” (1999), “70 percent [of IT shops] have undertaken server consolidation projects within the last two years, and another 20 percent will join in by 2001.” There are several definitions of server consolidation within the AS/400: multiple AS/400 environments in a single box with logical partitioning, consolidating several Lotus Domino servers into one AS/400, running UNIX AIX applications in the AS/400 Portable Application Solutions Environment (PASE), and running both AS/400 and Windows applications inside an Integrated Netfinity Server (INS) installed on a single AS/400. This article focuses on the Windows and AS/400 aspect of server consolidation.

The previous implementations of OS/2 LanServer and Novell Netware for the Integrated PC Server (IPCS) products provided a platform to give customers what they wanted with NT. In 1998, support for running NT applications on the IPCS was first made available. Initially, customers were interested in one or two different NT applications, so

they purchased a single IPCS card. In 1999, the IPCS was renamed the Integrated Netfinity Server to show the product’s alignment and increased integration with IBM’s Netfinity Division. Today, INS usage has grown from customers using one or two INS cards to customers using four to eight cards inside a single machine, with each INS running a single Windows application. As shown in the example in Figure 1, a wide variety of applications are being used, ranging from popular PC tools to custom business applications. Customers are buying AS/400s just to consolidate and manage NT servers. The question is why.

In general, consolidating small servers into larger systems offers many benefits. Server consolidation with the Integrated Netfinity Server offers several advantages because of the inherent architecture of the AS/400 and also the added integration features of the product. These benefits include the following:

• Physical space—A branch office such as a retail store or insurance company has a limited amount of office space, so it is a benefit to have the PC located inside the AS/400.

• Application isolation—The INS on the AS/400 is well suited for many Windows applications that run better on servers by themselves: for example, the domain controller or a mail server. It also benefits the user when the application sits alone on a server because of its resource requirements or reliability.

• Reliability—Many customers have said that Windows on the AS/400 is more stable and easier to install than on a standalone PC server. How can that be? From a software perspective, the operating system is Windows NT straight out of the box. Think about your personal computer either at work or at home. When was the last time you updated the device driver for your network adapter? When you first installed the system? When you reported a problem and the help desk told you to download the latest version of the driver, take two aspirin, and call back in the morning? You also probably have a mixture of hardware vendors providing the LAN adapter, disk drive, and CD-ROM drive. Have they ever been tested together as a system? Maybe. With the INS, however, every OS/400 release and version and IBM and Microsoft service pack are tested together with the latest IBM-supplied device drivers and integrated code to ensure that they function correctly together. You receive the benefits of an integrated solution.

Because the INS resides inside an AS/400 and its management is integrated with the OS/400 operating system, it can take advantage of the rest of the AS/400’s functionality. For example, imagine that you are a system administrator in Dallas, Texas, who manages two AS/400s in Dallas and Austin, each of which contains an INS. A user calls you at home during the Cowboys game and says, “The NT server just crashed, and I have a deadline to meet by Monday!” Instead of leaving your house and missing the game, you can simply dial in to your AS/400 from your home PC, vary off (shut down) the INS’ NT

server, and then vary it on (reboot the server) again. The user is happy, and you can go back to watching the game, all in a matter of minutes. If your NT server were a standalone PC, you would need to physically be in Austin to press the power switch to reboot the server.

As an administrator, you can monitor the ongoing activity on the NT server by mirroring the NT event log to an AS/400 message queue. There is an Event log parameter on the Install Windows NT Server (INSWNTSVR) and the Change Network Server Description (CHGNWSD) commands that allows you to specify a message queue to receive copies of your NT server’s event log messages. In this way, you can see what’s going on in your Integrated Netfinity Server’s NT server from your AS/400 display without being physically logged on to the NT server. Figure 2 shows an example of this. In an upcoming release, NT server administration functions such as vary off, vary on, and displaying the status and monitoring the event log of the server will be available through the AS/400 Operations Navigator in Client Access Express for AS/400.

Disk flexibility can be illustrated another way. Consider the example of an auto parts store that uses an NT server to place orders for customers and passes them to an order fulfillment application on the AS/400. The auto part inventory list exists on a single drive linked to the Windows server. Each month, the main office updates the inventory list with new and obsolete parts. The inventory administrator updates the parts list, saves the disk (server storage space) to a save file with the AS/400 Save Object (SAV) command, and sends it to each of the branch offices. The old inventory disk is unlinked from the server with the Remove Server Storage Link (RMVNWSSTGL) command, and the new one is linked in its place with the Add Server Storage Link (ADDNWSSTGL) command. Now, each branch office has the updated inventory list.

Another example is this: Suppose you are monitoring the NT server on the Work with NWS Storage Spaces (WRKNWSSTG) screen and you notice that one of the disks is at 93 percent capacity. That night, you create a larger disk with the Create NWS Storage Space (CRTNWSSTG) command, vary off the NT server, link the new disk up to the server, vary on the server, and format the drive. You now have another, larger disk ready to use. Figure 3 gives a visual representation of this. Of course, this is somewhat oversimplified, but those are the steps you’ll need to go through to make this all work.

From a hardware perspective, the disks associated with the Windows server are spaces carved out of the AS/400 DASD. Therefore, the built-in RAID 5 and independent auxiliary storage pool facilities available on the AS/400 can also be carried over to your Windows server.

Disks associated with an Integrated Netfinity Server are known as storage spaces to the AS/400. OS/400 creates storage spaces located in the AS/400 Integrated File System (AS/400 IFS) in the QFPNWSSTG folder under the Root (/) file system. These files can be backed up along with the rest of your AS/400 data in your routine backup procedure. This is a good way to ensure that you can fully restore a working NT server in case of a catastrophic failure. (On a standalone PC server, you would probably need to reload NT.) This method saves each NT disk as a single entity on the save media and enables you to restore the entire disk. Some customers save a critical data disk every night and relink it to the server each day as an archived backup disk from which any of their users can copy a file they may need to recover.

An option for a small branch office environment where local disk is not required may be to use the AS/400 NetServer function of the AS/400 IFS to define a network drive that is visible from your NT server but is totally managed from the AS/400. You access the files on the drive from your client as you would any network drive through Network

Neighborhood, but you can save and restore files individually through the AS/400 SAV command.

You can also use NT backup tools and save the data to your AS/400 tape drive. Backup programs that have been tested on the Integrated Netfinity Server include Windows NT Backup, Computer Associates’ ARCserve, and VERITAS’ Backup Exec.

In an upcoming release, file-level backup will be enabled through the AS/400 NetClient function of the AS/400 IFS. This allows local files from an active NT server to be saved and restored individually from the AS/400 save (SAV) and restore (RST) commands. This method is best used for incremental backups of critical and high-use files on a nightly basis.

IT directors who are responsible for several NT servers in a server farm may decide to purchase an extra hot spare PC server that is reserved for emergencies. If there is a hardware failure on one of the production servers, the reserve server can be installed and brought online until the failing hardware is fixed or replaced.

1. She installs the hot spare Integrated Netfinity Server on her AS/400.

2. She uses an AS/400 command line to vary off the failing Integrated Netfinity Server’s Windows NT server.

3. She changes the Resource Name value in the AS/400 network server description object (NWSD) that represents the failed server so that the server’s description points to the resource name of the newly installed hot spare Integrated Netfinity Server.

4. She then varies the Integrated Netfinity Server’s Windows NT server back on from an AS/400 command line. This is all done without having to reinstall the server software and files or reconfigure anything on the NT server.

By doing this, the hot spare Integrated Netfinity Server comes online with all the resources that were being used by the failed INS card, including the INS’ linked storage spaces. You can then replace the failed card and use it as your new hot spare.

The same “hot spare” concept comes in handy if you are testing a service pack or new software such as Windows 2000. For example, you can bring down your production server on a Saturday, install the test version or service pack to a new NWSD object, vary on the server, test out the changes with your applications, vary off the test server, and vary the production server back online in time for opening business on Monday.

What’s in Store for the Integrated Netfinity Server?

Several enhancements are being implemented for Windows on the Integrated Netfinity Server. Some have been alluded to in this article such as server management from Operations Navigator, file-level backup enablement, and support for Windows 2000. Hardware capability will be increased with processor speed, main memory, and disk capacity. Design is also underway to provide additional management functions through Operations Navigator for disk management. Also, the AS/400 division has issued a statement of direction to support a bus-connected Symmetric Multiprocessor Netfinity

Since becoming generally available, use of the Integrated Netfinity Server has spread among AS/400 customers, and it is demonstrating its usefulness, reliability, and administrative and maintenance cost savings. With this kind of customer satisfaction, the current trend toward IT consolidation and optimization, and IBM’s commitment to the product, the future of the Integrated Netfinity Server looks extremely bright. 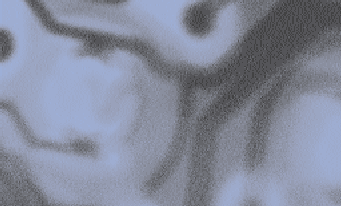 AS/400
Line of Business Applications

Figure 1: This is an example of a consolidated AS/400 with Windows servers.

Figure 2: This is an example of NT event log monitoring in Operations Navigator.

Figure 3: Adding a new disk to a server remotely is easy.