Lots of people love this time of year…for one reason or another.

It’s autumn! Although I now live in the Southwest, I have nostalgic memories of the Northeast autumns of my youth. There is nothing (to me) as breathtakingly amazing as the beauty of trees’ leaves turning crimson, gold, and orange. 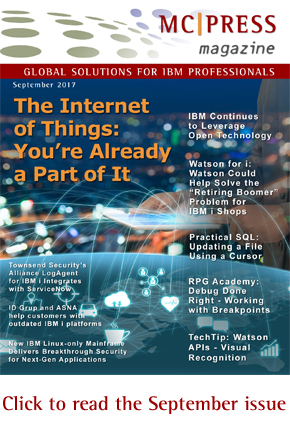 Many people enjoy the spectacle of autumn foliage, but many, many more get excited about this season for a completely different reason: It’s football season.

The MC Presstige is suited up, but instead of being on the gridiron, this all-star team is playing between the front and back covers of MC Press Magazine.

The Presstige wins the toss. Game on!

Joe Pluta gets the snap and hurtles downfield with a tight grip on his SQL article about using cursors to update files. Yes, SQL does more than just create queries. Pluta passes to utility player Rafael Victoria-Pereira with his RPG article about how to use breakpoints when debugging. It’s a first down, and the fans (aka the readers) go wild!

The team goes into a huddle, breaks up, and goes into formation. Running back Steve Pitcher starts down the field. But wait! What’s he doing? Steve counters. He’s off and running with his article about IBM’s commitment to open technology. It’s another first down! The opposition doesn’t stand a chance!

Gunslinger quarterback John Ghrist fades back, carefully guarding his article about how Watson can help IBM i shops recruit new RPG talent, which is a big concern for companies threatened by the retirement of “boomers.” He fakes and then goes long, aiming for Dave Shirey, who is wide open. Shirey bolts into the end zone with his Watson Visual Recognition API article; if you’ve ever looked at anything and wondered just what the heck it is, this API will intrigue you. It’s a touchdown!

It’s the kickoff again, and Carol Woodbury takes possession. In a bold move, she surprises the crowd with a cutback and stiff-arms her way downfield with an article about how to implement compensating controls when IBM i security best practices aren’t possible. This is a bit of a departure from Carol’s typical maneuvers, and Carol gets 17 yards from the end zone! What a field position for the Presstige!

Dual-threat quarterback John Ghrist has the opposition’s front seven worried. He seizes the opportunity and goes for a chip shot with his article about maximizing mobile, web, and native app performance to get snappy response times. He gets the field goal and the extra point.

After another quick huddle, Jan Jorgensen is front and center with his article about the Internet of Things, which you will find only here, in MC Press Magazine. Whether you know it or not—and like it or not—you are a part of the IoT. In a stunning maneuver, Jorgensen takes possession and goes for a free kick. It’s through the goal posts, and the Presstige wins the game! 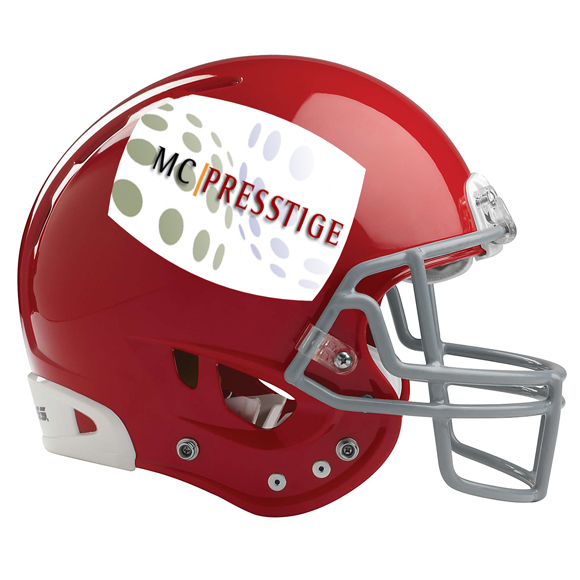 The MC Presstige team always plays to win for its fans, the readers.

Author’s Note: My apologies for any terminology errors. I don’t watch football.

Victoria Mack has been an editor and author for MC Press Online (formerly Midrange Computing) since 1994 and has held the position of Executive Editor since 2001. Victoria is also a freelance editor, author, and educator.